Guy’s Burger Joint which is a popular burger venue across the Carnival Cruise Line fleet has won the 2019 Cruise Ship Awards by Cruise Hive readers.

Guy’s Burger Joint which is featured on Carnival cruise ships has received more votes than seven other dining venues from six different cruise lines. The was up against another of Guy’s restaurants named Pig Anchor Smokehouse Brewhouse also from Carnival which came in second place along with Cagney’s Steakhouse from Norwegian Cruise Line, Giovanni’s Table from Royal Caribbean, Johnny Rockets also from Royal Caribbean, Salty Dog Gastropub from Princess Cruises, Butcher’s Cut from MSC Cruises and Pinnacle Grill from Holland America Line.

The burger venue was first introduced as part of the FUN 2.0 enhancements to Carnival Liberty in 2011. She was the first ship to feature Guy’s Burger Joint and since then has become an essential part of the Carnival dining experience.

Guy’s Burger Joint offers tasty roadside burgers right off the grill and guests can choose from a range of different toppings. More recently the cruise line has started testing a breakfast venue too which you can read about right here. The venue is perfect for spending a day at the pool on the lido deck and is free.

In second place was Guy’s Pig & Anchor Smokehouse Brewhouse which can only be found on the Carnival Horizon and the new Carnival Panorama. The dedicated BBQ venue which also features an onboard brewery is a must-experience venue for Carnival guests where they can enjoy exclusive beers, good BBQ food, and music.

The well known Giovanni’s Table from Royal Caribbean came in third place and the restaurant has long been a favorite across the fleet. Guests can enjoy Italian classic dishes including Risotto, Bolognese and more.

Here is the full order of results and please note that this is only according to Cruise Hive readers who voted in the 2019 awards, the general view in the cruise industry could be a lot different.

In these awards which opened up for voting in mid-September, 2019 were only according to Cruise Hive readers who were able to vote just once in each category. Any repeat IPs or suspicious votes were not included in the final result.

Carnival Cruise Line has dominated this year’s awards compared to previous years when it was more mixed. You can check all the announced results of the 2019 Cruise Ship Awards below and we would like to thank everyone who voted. 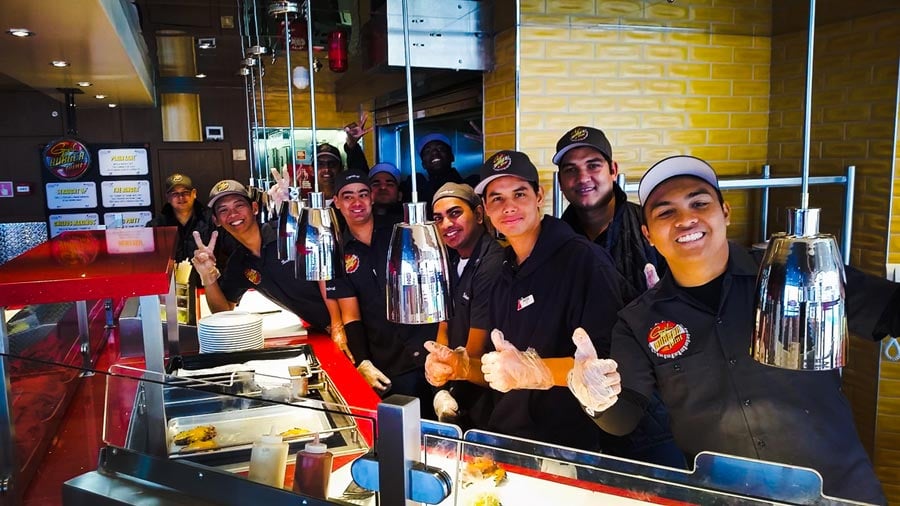