Carnival Cruise Line’s new Mardi Gras has come out on top as the most anticipated new cruise ship of 2020. The ship was up against six others.

The Carnival Mardi Gras cruise ship which is currently under construction at Meyer Turku shipyard in Finland has received the most amount of votes from this year’s “Most Anticipated New Cruise Ship of 2020” in the sixth annual Cruise Ship Awards.

Carnival’s largest ever cruise ship which will be powered by Liquified Natural Gas (LNG) was up against Virgin Voyages’ first-ever cruise ship Scarlet Lady, Celebrity Apex from Celebrity Cruises, P&O Iona which will enter service for British-based P&O Cruises, Enchanted Princess for Princess Cruises, MSC Virtuosa from MSC Cruises and Odyssey of the Seas for Royal Caribbean.

Even though eight of the first sailings for Mardi Gras have been canceled and her first voyage delayed until November 14, 2020, there is still huge anticipation for the new class mega-ship. She will introduce the first roller coaster at sea named Bolt, new specialty restaurants, new secluded retreat, expanding offerings already seen on other ships on the fleet and a whole lot more.

Once complete she will be at least 180,800 gross tons with a guest capacity of 5,282 at double occupancy. The ship will have 17 passenger decks along with 1,745 crew members. Mardi Gras will be based out of the new Carnival terminal at Port Canaveral, Florida sailing 7-day eastern and western Caribbean itineraries.

Mardi Gras dominated the votes and in a far behind second-place came Royal Caribbean’s Odyssey of the Seas. She is the second Quantum Ultra class ship for the cruise line and sister to Spectrum of the Seas which is already in service. The ship is currently under construction at the Meyer Werft shipyard in Papenburg, Germany and will begin cruises out of Fort Lauderdale in November 2020. She will be 169,000 gross tons with a guest capacity of 4,198 at double occupancy.

We thought this upcoming cruise ship would be right up there at the top but she only came in third place! Scarlet Lady will be the first-ever vessel from Virgin Voyages and she is in the final stages of construction at the Fincantieri shipyard in Genoa, Italy. The 110-000-ton vessel will be based out of PortMiami starting from March 2020.

In fourth place came the second Edge-class ship from Celebrity Cruises named Celebrity Apex. The is currently being constructed at the Chantiers de l’Atlantique shipyard in France and is scheduled to begin service with a preview cruise from Southampton, UK on April 1, 2020. The new ship will eventually be based out of Port Everglades, Florida starting in November 2020.

In fifth place came Enchanted Princess which is part of the Royal-class of ships from Princess Cruises. The vessel is being built by Fincantieri in Italy and once completed will be 143,700 gross tons and a passenger capacity of over 3,600. She will spend the Summer sailing Europe starting in June 2020 and then out of Fort Lauderdale for the winter season.

The largest-ever P&O cruise ship named P&O Iona came in sixth place and she will also be powered by LNG just like Carnival’s Mardi Gras. In fact, she will be a similarly designed vessel as both ships are owned by the Carnival Corporation. Iona will be around 183,900 gross tons with a guest capacity of 5,200. The giant cruise ship will debut in May 2020 out of Southampton, UK.

With the least amount of votes from Cruise Hive readers came MSC Virtuosa, a Meraviglia-Plus class vessel currently under construction at the Chantiers de l’Atlantique shipyard in Saint-Nazaire, France. The ship will be over 181,000 gross tons and be based in the Mediterranean starting in November 2020.

We received thousands of votes in this year’s Cruise Ship Awards and we would like to say thank you! The results are only according to Cruise Hive readers who have only been able to cast one vote in each category since the awards opened in mid-September. Any repeat IP’s or suspicious activity was not counted.

Do keep checking Cruise Hive as we still have some more results to announce before the New Year. 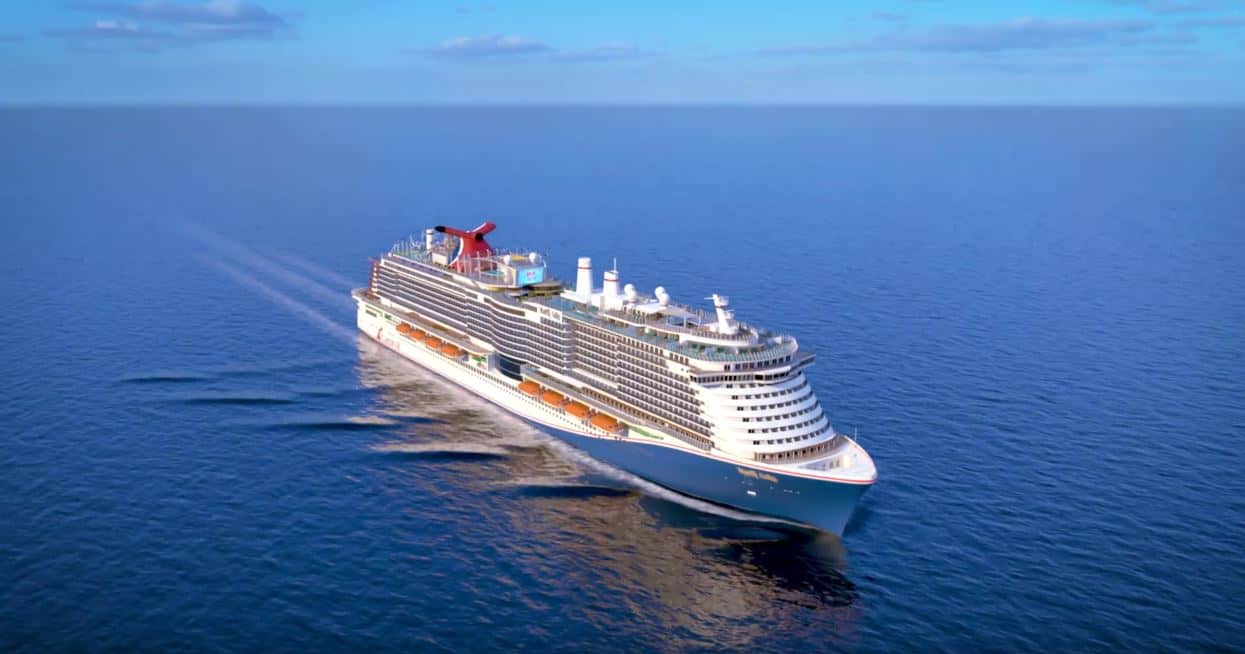