Icon-Class Receives the Most Votes

So the Icon-class is a completely new generation of ship which will be powered by Liquified Natural Gas (LNG) and constructed at the popular Meyer Werft shipyard in Papenburg, Germany. The cruise line has ordered a total of three Icon-class vessels to be delivered in 2022, 2024 and 2025. Each ship will be around 200,000 gross tons making them in the top 10 largest cruise ships in the world.

No specific details have yet been revealed about the first Icon class which is arriving in 2022 including the design, itineraries and onboard features. Until then, we’ve still got Odyssey of the Seas coming in 2020 as the second Quantum Ultra class ship and then the massive Wonder of the Seas which will be part of the Oasis-class vessels coming in 2021.

In second place came the new generation LNG powered cruise ships from Princess Cruises. We don’t know much about the new class just yet but they could have a similar design to the other new LNG ships ordered by parent company Carnival Corporation. Two are currently on order for Princess Cruises and they will be constructed by Fincantieri at the Monfalcone shipyard in Italy at 175,000 gross tons. They will be delivered in 2023 and 2025.

In third place came the new Leonardo-class from Norwegian Cruise Line and a total of six ships in the class have already been ordered with Italian shipbuilder Fincantieri. We are expecting the vessel to be slightly similar to the Seaside Class which has been built for MSC Cruises. We don’t know anything else about the new class apart from they will be 140,000 gross tons, not powered by LNG and being delivered in 2022, 2023, 2024, 2025, 2026, and 2027.

In fourth place came the future World-Class from MSC Cruises which is the fastest-growing cruise line in the world. The cruise line has ordered three of these mega-ships which will have a gross tonnage of 205,700 making them the third-largest in the world after the new Global-class which we mention below. There is also an option for another one. The world-class will be constructed by Chantiers de l’Atlantique in France and powered by Liquified Natural Gas (LNG) being delivered in 2024, 2025 and 2026.

In fifth place with the least amount of votes from Cruise Hive readers came the future Global-class from Asia-based Dream Cruises. The first of these mega-ships are currently under construction at MV Werften in Germany. The first of these named Global Dream will be delivered in 2021 and the second in 2022. They will be 208,000 gross tons making them the second largest in the world. They will even feature the longest Roller Coasters at sea!

The Cruise Ship Awards opened up for voting in mid-September and now in its sixth year. Cruise Hive readers have only been able to cast their votes once in each category and any repeat IPs have not counted along with any suspicious votes. Do note that the result is only according to Cruise Hive readers and may not be the general view in the industry.

Here are all the results we’ve announced for the 2019 awards so far: 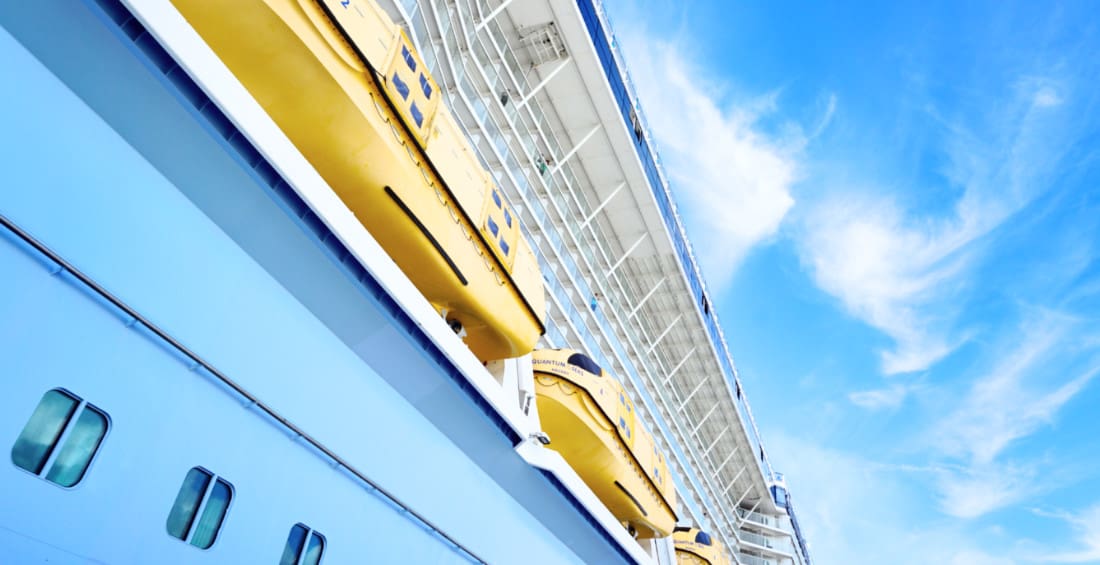