Cruise ships are getting bigger and bigger and by the time a new world’s largest cruise ship is built an even bigger ship is already being planned. Cruise Hive looks at the top ten biggest cruise ships in the world by ship size and weight, not by passenger capacity. The list is also changing as new vessels enter service so hopefully, we’ll be able to keep up with all the new mega-ships that are currently on order.

Take a look at the current largest cruise ships in the industry, as expected it will keep changing as newer more advanced ships are built.

1. Symphony of the Seas

This is the fourth Oasis-class and 25th cruise ship from Royal Caribbean and is slightly larger than her sister ships making her the world’s biggest cruise ship. Symphony of the Seas was built at the STX France shipyard and was delivered to the cruise line on March 23, 2018. The vessel departed on its first one-time special preview sailing on March 31. The first official maiden voyage departed on April 7, 2018, on a 7-night Mediterranean voyage from Barcelona, Spain. Symphony of the Seas will be based from PortMiami, Florida starting on November 10, 2018. Read all these impressive things to do on Symphony of the Seas.

Watch this drone footage below to truly see just how large Symphony of the Seas is. This was filmed by Royal Caribbean not long before the ship was delivered.

2. Harmony of the Seas 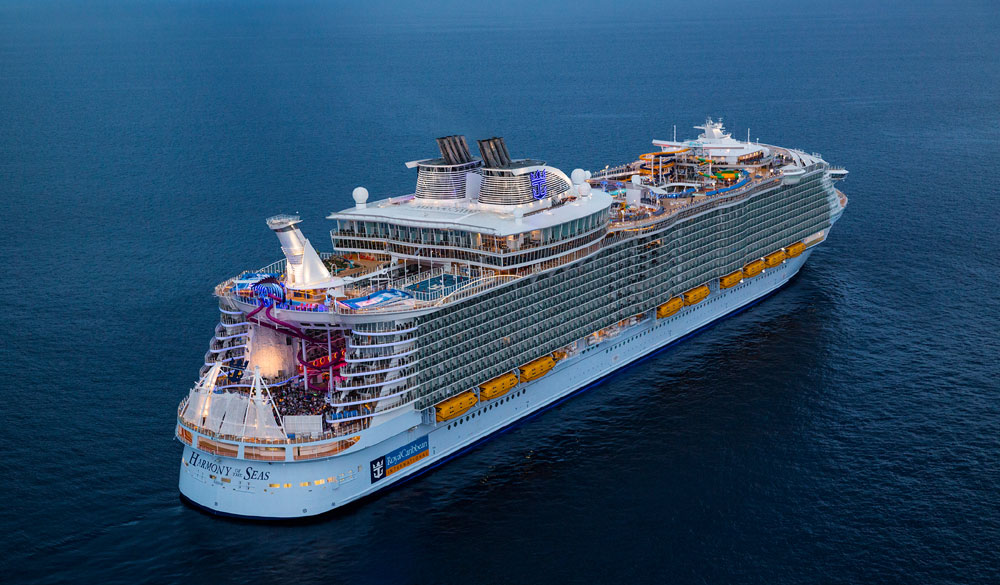 3. Allure of the Seas

This ship is just huge and is the second in the record-breaking Oasis class for Royal Caribbean. Allure of the Seas has seven distinct neighborhood and too many dining spaces to count! The vessel is a totally different design to other large ships in the cruise industry and also boasts features like the Zipline and the AquaTheater. 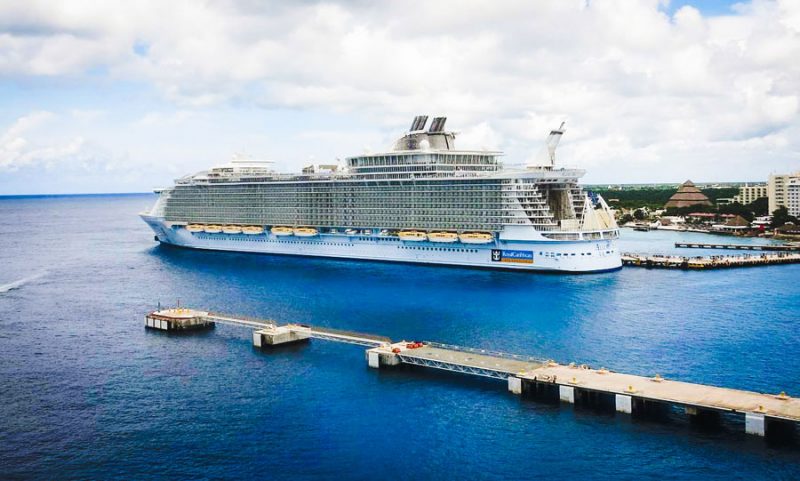 4. Oasis of the Seas

This is the ship that helped push the cruise industry to new heights. Oasis of the Seas was the first of its kind when it arrived at the end of 2009. The groundbreaking vessel was built at the STX shipyard in Turku, Finland. Oasis also boasts features like the Zip-line and the AquaTheater. 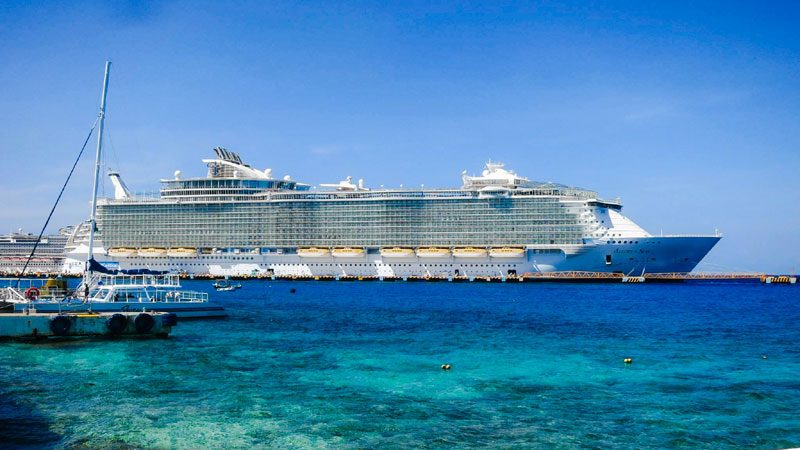 The cruise ship which is operated by German-based Aida Cruises is the very first new generation class ordered by parent company Carnival Corporation. The ship is fully powered by Liquefied Natural Gas (LNG) and built at the popular Meyer Werft shipyard in Papenburg, Germany. Sister cruise lines including Carnival Cruise Line, Costa Cruises and P&O Cruises all have similar class ships on the way. 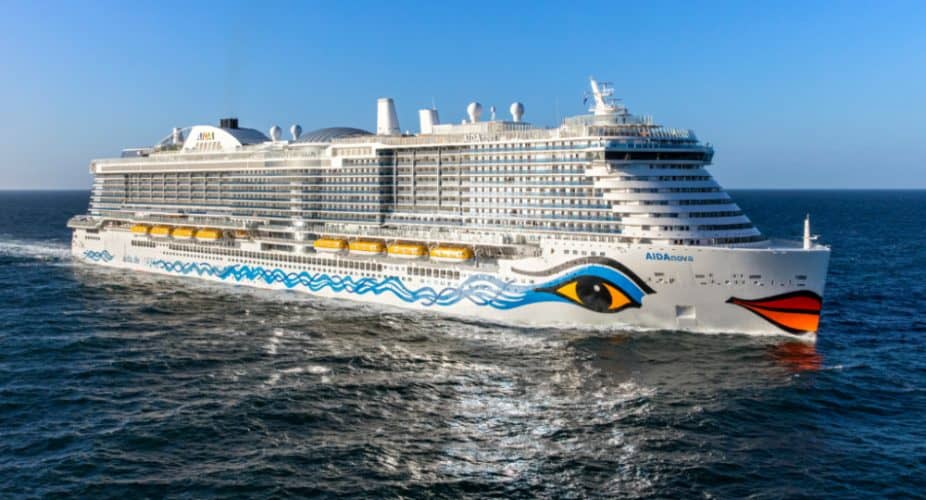 Both ships are identical so come in together as the sixth largest cruise ships in the world. MSC Meraviglia joined the fleet in June 2017 and is the first in the class. One of the biggest highlights on both vessels is the large LED roof display along the promenade. MSC Bellissima which arrived in 2019 also boasts the first A.I. device in the industry in every stateroom. 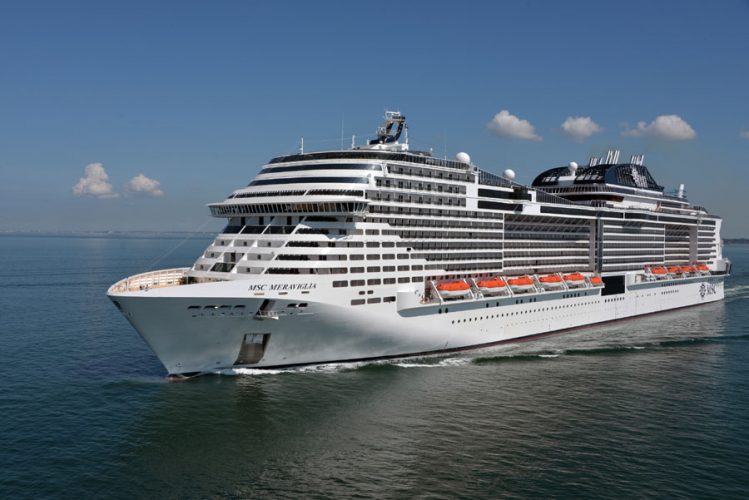 7. Spectrum of the Seas

The Royal Caribbean cruise ship might look similar to the Quantum-class ships as she is an evolution and slightly larger. Spectrum of the Seas has been purpose-built for the Chinese market and built at the Meyer Werft shipyard in Papenburg, Germany. You can take a first look of the vessel after she was floated out of the yard for the very first time. 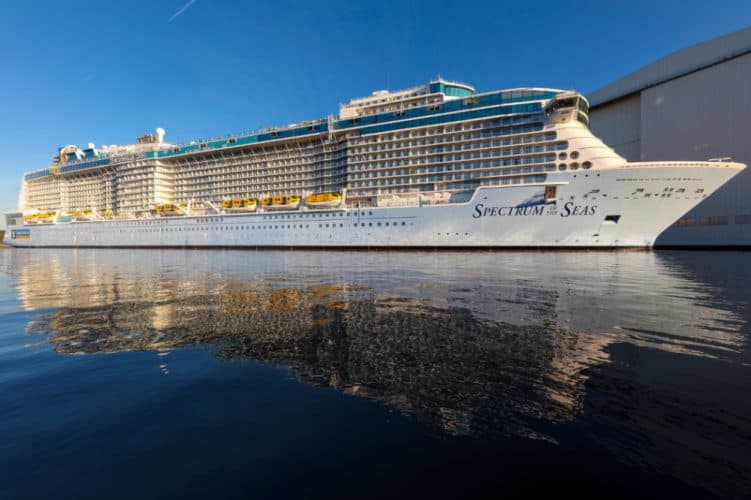 Anthem of the Seas is the second ship built in the Quantum-class for Royal Caribbean and Ovation of the Seas is the third. These ships are some of the most technologically advanced in the world with super fast internet, the North Star, Two70 and Ripcord by iFLY. the ship also has virtual balconies so even inside cabins will feel like an ocean view cabin.

The highest entry in the top ten largest cruise ships for Norwegian Cruise Line. Norwegian Bliss is their newest ship to date and part of the Breakaway-Plus class. Sister ships are Norwegian Escape and Norwegian Joy with the final ship in the series named Norwegian Encore joining the fleet in 2019. 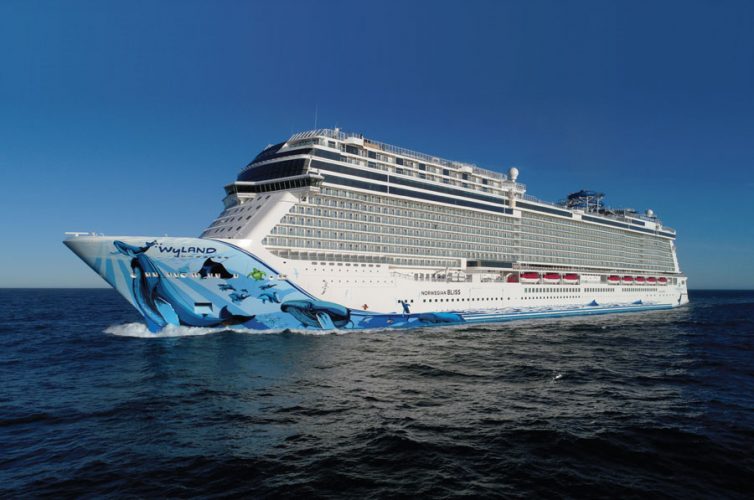 Quantum of the Seas took cruising to another level bringing a lot of innovative features including the North Star, Ripcord by iFLY, SeaPlex, Two70 and more. The vessel was built at the Meyer Werft shipyard in Papenburg, Germany which is also the same shipyard that built sister ships Anthem of the Seas and Ovation of the Seas.

Norwegian Joy is the second Breakaway-Plus class cruise ship by Norwegian Cruise Line and is slightly larger than sister ship Norwegian Escape. This is the first NCL vessel which has been purpose-built for the Chinese market and is based in the region offering cruises mainly for the Chinese. the ship features the first ever Race Track at Sea and as of writing this the biggest cruise ship in the fleet.

Norwegian Escape is the largest ship in the NCL and is one of the highlights of the industry for 2015. The ship is the first of two Breakaway Plus ships and boasts onboard features like the oceans first ever Snow Room. The hull artwork was designed by Guy Harvey. The vessel was built at the Meyer Werft shipyard in Papenburg, Germany.

Thanks for reading our top ten biggest cruise ships in the world. Remember that this list will always be changing with new and larger ships already on order. It’s worth checking out New Cruise Ships On Order and Cruise Ship Refurbishments. 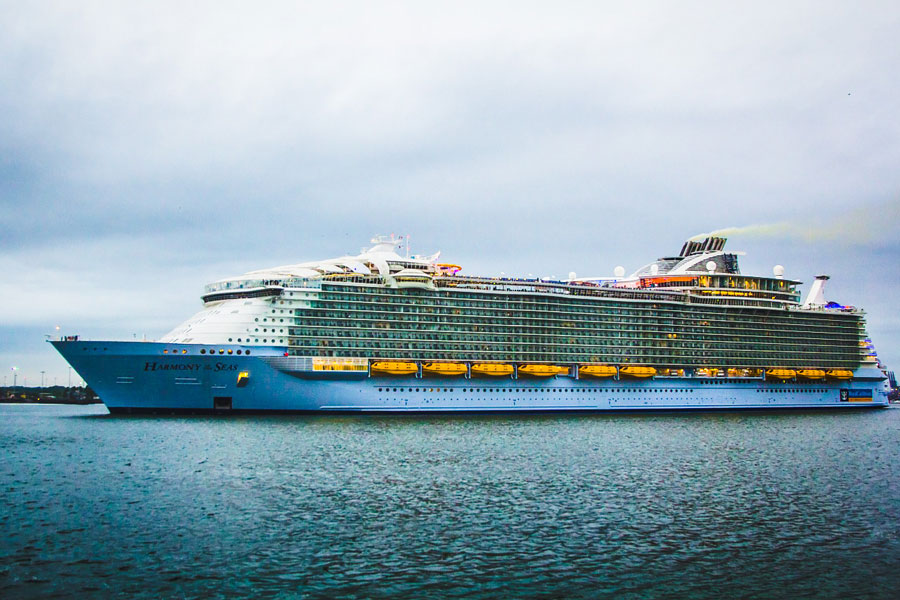