Symphony of the Seas which is currently the largest cruise ship in the world has won this year’s “Best Large Cruise Ship” category in the Cruise Ship Awards.

Symphony of the Seas is the Best Large Cruise Ship

The fourth Oasis-class vessel which is the world’s largest cruise ship has sailed to the top of the “Best Large Cruise Ship” category by receiving more votes in this year’s Cruise Ship Awards. In a not so distant second came Norwegian Bliss which is operated by Norwegian Cruise Line. Both ships entered service this year.

Symphony of the Seas arrived in the Spring of 2018 and is now a Miami based after departing Barcelona, Spain on October 28. The ship arrived at PortMiami for the very first time in November and also docked at the futuristic new Royal Caribbean cruise terminal A.

On November 17 Symphony of the Seas started sailing her regular service of week-long eastern and western Caribbean itineraries. The naming ceremony was also held at the port which you can read all about right here.

The huge mega ship is 228,081 gross tons and can carry 5,518 guests at double occupancy in 2,759 staterooms. The 25th ship in the fleet which spans 1,188 feet in length is slightly different from her sister ships Oasis of the Seas, Allure of the Seas and Harmony of the Seas.

Also Read: 15 Impressive Things About Symphony of the Seas

Norwegian Bliss which is the fourth Breakaway-plus class vessel for Norwegian Cruise Line received the second most amount of votes in the category. The new NCL ship has had a busy year since entering service in April 2018. She completed a tour of the U.S. as part of the journey to her homeport in Seattle, Washington which the mega-ship arrived to for the very first time in May 2018.

Norwegian Bliss which features the largest race track at sea until sister ship Norwegian Encore arrives in 2019 began sailing to Alaska on June 2. The ship will be sailing to the Mexican Riviera from Los Angeles and also reposition to offer Caribbean cruises from Miami, Florida for the winter season.

Cruises out of New York on the U.S. east coast will begin at the end of 2019. The ship will sail to the Caribbean and Bahamas. She is 168,028 and has a guest capacity of over 4,000 at double occupancy.

So in third place in the Best Large Cruise Ship category was a draw with Anthem of the Seas which is operated by Royal Caribbean and MSC Seaview by MSC Cruises. In a far away fourth with the least amount of votes was MSC Meravigilia which is another vessel operated by MSC Cruises.

With thousands of Cruise Hive readers casting a vote in this year’s awards we now know which ship our readers prefer as the best large cruise ship. Voters were only able to vote once in each category since the awards were opened at the beginning on September 2018. In 2017 Harmony of the Seas won the category, the sister ship to Symphony of the Seas. 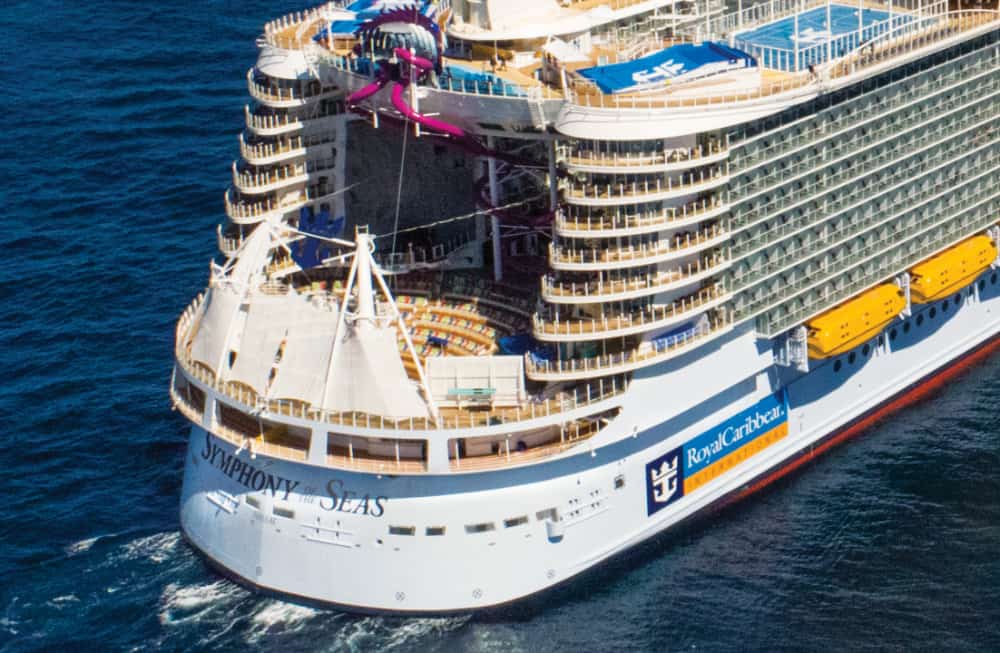