A new video has started going viral which shows a couple missing the Symphony of the Seas cruise ship in Nassau, Bahamas. No matter how many times this has happened, cruisers will always continue to miss their ship.

Missing the Largest Cruise Ship in the World

The new video which was posted by Reel Focus shows footage of a couple who missed the Symphony of the Seas cruise ship which is operated by Royal Caribbean.

The ship apparently waited for the very late guests for 20 minutes while docked in Nassau, Bahamas on February 15. With no sign of them, it was decided to pull in the gangway but not long after the couple turned up and tried to get themselves back onboard.

Watch the video below which has already gained over 16,800 views since it was posted yesterday.

We don’t know the reason why they missed the ship but it could have been one of many reasons. A popular way to miss the ship is not setting the watch to ship time, another way is not booking shore excursions through the cruise line.

Also Read: 15 Impressive Things About Symphony of the Seas

Just think of that feeling when you watch the large cruise ship activate the thrusters and slowly move away from the pier. All that money spent on cruising on the world’s largest cruise ship now wasted. Thankfully, in this case, it was the final full day of the voyage.

The Oasis-class vessel was sailing a seven-night western Caribbean cruise at the time which included calls in Roatan, Costa Maya, Cozumel and then the final call in Nassau on February 15. The Royal Caribbean cruise ship arrived back at Port of Miami, Florida on February 16 and is already on her next cruise.

Cruisers will always miss the cruise ship and in fact, we’ve done an entire article about it featuring some very popular videos. Take a look here. 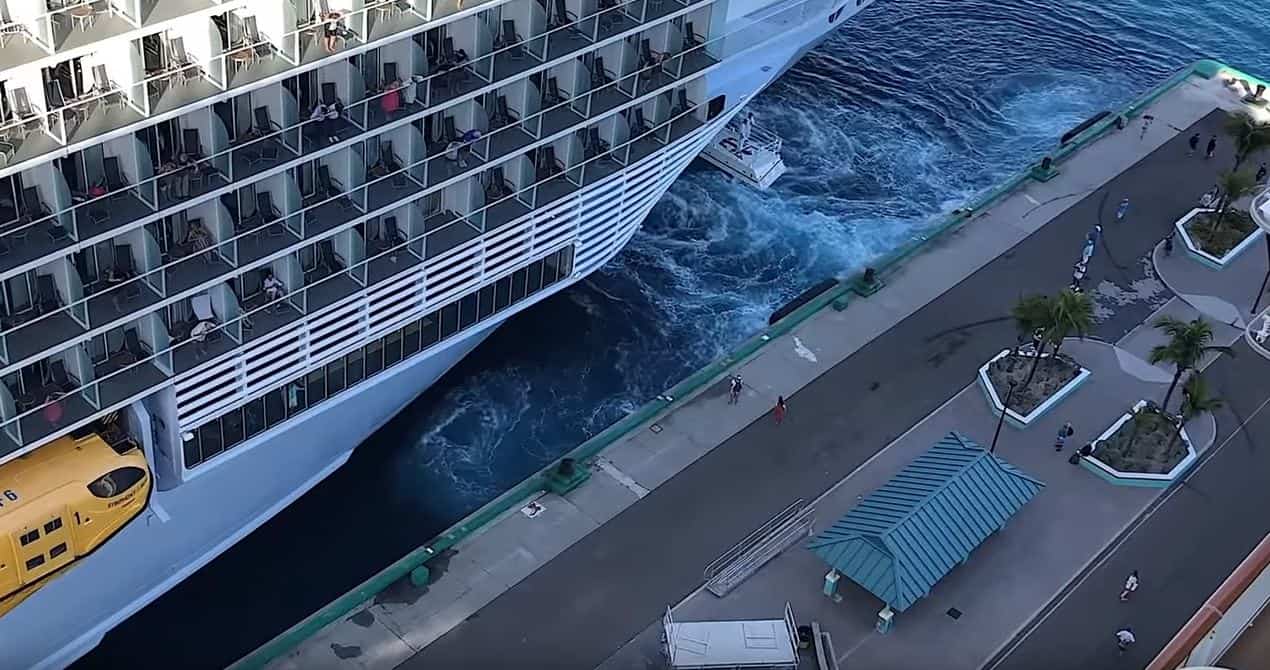