There are major changes coming to the popular Nassau cruise port thanks to an agreement with the world’s largest independent cruise port operator. This will also mean an increase in ship capacity and new development.

Nassau, Bahamas is one of the most popular cruise destinations not just in the Bahamas but probably in the world and now there is a new fresh future for the port. Thanks to Global Ports Holding’s accepted proposal they will now work with Nassau Cruise Port Ltd to come up with impressive new plans to expand operations at the Prince George Wharf and related areas.

“I am delighted that Nassau Cruise Port Ltd has been awarded the cruise port tender for Prince George Wharf at Nassau Cruise Port. This represents GPH’s third new port in the Caribbean in the last twelve months and is a historic moment for the group. The GPH team very much look forward to working with our partners and the people of the Bahamas to reinvigorate this iconic cruise port and the city of Nassau.”

With the cruise industry constantly growing it is important for Nassau to do the same and all parties involved are planning for major changes. Capacity at the port is set to change from six berths to eight births. The entire cruise passenger experience is set to be improved which will include a new terminal facility, enterianment& events area along with lots of new retail and dining outlets.

The new development will change downtown Nassau and have a huge impact on the local economy as the popular cruise destination will become and more integral part of the cruise experience. A wide development of the center is set to take place and there will be integrating on Bay Street and downtown.

Related: 20 Things to Do in Nassau, Bahamas While On a Cruise

The entire project is still to agree on the finances and the final discussions on the plan are underway. This will have a huge impact on the industry as it’s so close to Florida and a port of call for many of the large cruise lines.

Nassau cruise port welcomes 3.7 million passengers per annum. Final details about the project are expected to be released later in 2019, keep checking Cruise Hive for all the latest. 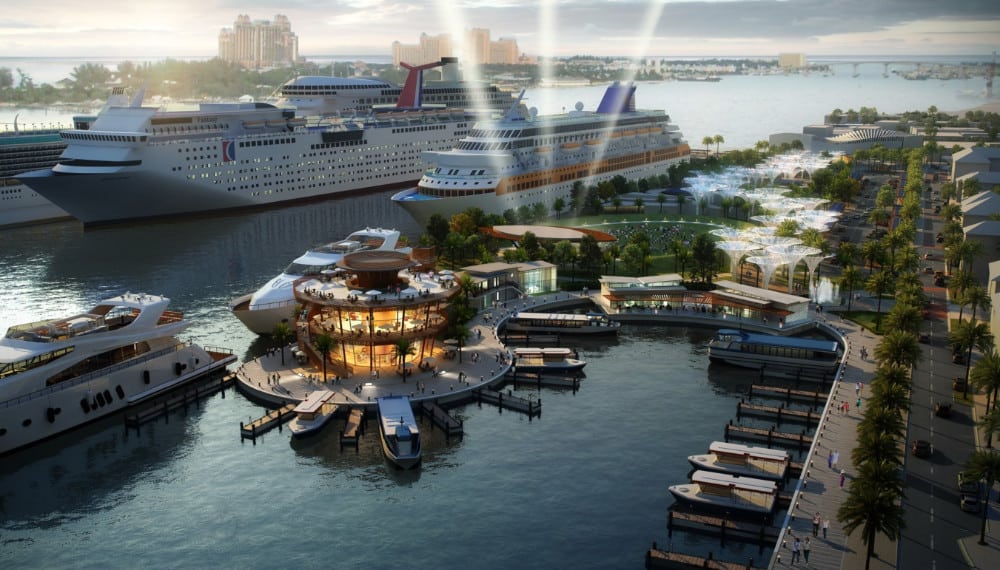