Carnival Panorama has been voted as the most anticipated new cruise ship for 2019 in the fifth annual Cruise Hive Cruise Ship Awards. The Vista-class ship received more votes than any other vessel in the category.

The Carnival cruise ship has won the 2018 Cruise Ship Awards for the “Most Anticipated New Cruise Ship for 2019” category. Carnival Panorama won by a huge difference and was up against seven other cruise ships from five different cruise lines. In second place came Norwegian Encore from Norwegian Cruise Line and in third place came Spectrom of the Seas from Royal Caribbean.

Carnival Panorama is the third Vista-class cruise ship from Carnival Cruise Line and is currently under construction at the Fincantieri Marghera shipyard in Italy. She will be almost identical to her sister ships Carnival Vista and Carnival Horizon but with some slightly different features.

One of the major highlights of the upcoming ship is the first ever Sky Zone tram[oline park at sea. The new space will span two decks and include a 12-lane trampoline court. You can read all the details about it right here.

The vessel will join the fleet in December 2019 and will be based on the U.S. west coast. The ship will debut from the newly renovated Long Beach terminal in California with a 3-night inaugural sailing to the Mexican Riviera on December 11, 2019. From December 14, 2019, the new ship will begin sailing week-long Mexican Riviera cruises from the Los Angeles port.

Carnival Panorama will be 133,500 gross tons once completed and have a guest capacity of over 3,900 at double occupancy.

Norwegian Encore will be the fourth Breakaway-plus class ship from Norwegian Cruise Line and will continue to bring groundbreaking features and venues to the market. The ship is under construction at the Meyer Werft shipyard in Papenburg, Germany and will join the fleet in November 2019.

Cruises will begin from Miami, Florida on November 17, 2019, through April 12, 2020. She will sail week-long cruises to the eastern Caribbean. The U.S. is in for a treat with the new largest race track at sea and virtual reality complex.

The ship will be 169,000 gross tons and have a guest capacity of around 4,000 making her the largest NCL ship ever.

Spectrum of the Seas Comes in Third

Spectrum of the Seas which came in third place in the 2018 Cruise Ship Awards is being purpose-built for the Chinese market and will be an evolution to the popular Quantum-class ships. She’s being constructed at the Meyer Werft shipyard which is the same yard as Norwegian Encore we mentioned above.

She will begin cruises from Shanghai, China in June 2019 after an epic 51-night Global Odyssey voyage which starts from Barcelona, Spain. She will be 168,800 gross tons and have a passenger capacity of 4,246.

We received thousands of votes from Cruise Hive readers and it has been a great way for everyone to vote and have their view registered in the 2018 Cruise Ship Awards which are now in their fifth year. Here is the full result for most anticipated new cruise ship for 2019 in order:

In 2017 sister ship Carnival Horizon won the category and she has become a popular ship for the cruise line. We must say a huge thank you for Cruise Hive readers who voted in this year’s awards which have been the biggest ever and opened up at the beginning of September 2018.

Just in case you’ve missed everything we’ve already announced then take a look below at the results for this year. Right now we only have one more category to announce so keeping checking Cruise Hive for that. 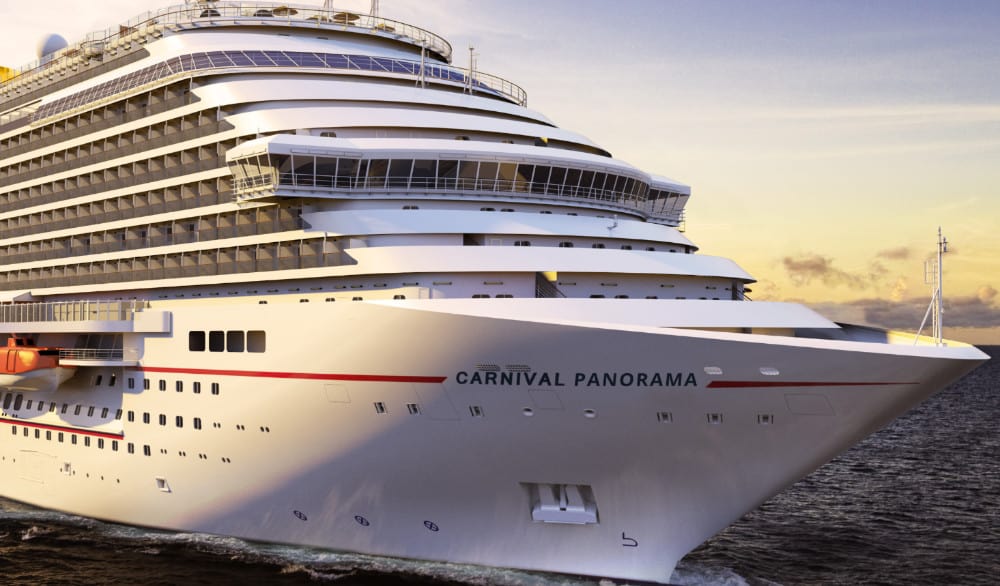