Guy’s Pig & Anchor Bar-B-Que Smokehouse|Brewhouse on Carnival Horizon has received the most amount of votes in the 2018 Cruise Ship Awards dining category. The popular Carnival Cruise Line venue was up against eight different specialty restaurants from five different cruise lines.

The Pig and Anchor Smokehouse|Brewhouse has not even been around for a year yet and has already come out on top in this years “Best Dining Venue” in the Cruise Ship Awards. The venue won by a huge margin and the other venues didn’t even come close.

The Pig and Anchor BBQ venue is the first dedicated space in the fleet in partnership with Food Network chef Guy Fieri. The celebrity chef is already well known for bringing Guy’s Burger Joint to the cruise line which was first introduced on Carnival Liberty in 2011.

What is now an award-winning venue on the latest Vista-class cruise ship is an expansion of Guy’s Pig and Anchor BBQ which is on several ships. The one on Carnival Horizon has a dedicated seating area and also includes the ship’s very own brewery featuring beers brewed just for the cruise ship. It’s worth reading our entire article about Pig and Anchor Smokehouse | Brewhouse which includes menus and photos.

Carnival Horizon is the latest ship to join the Carnival fleet in Spring 2018. She is the second Vista class ship and the first to introduce Guy’s BBQ dining venue. The ship is 133,500 gross tons and has a guest capacity of almost 4,000 at double occupancy.

Those who voted were only able to do so once in each category The have been open since early September providing plenty of time for readers to have their view counted. In previous years we only covered the best burger venues at sea so decided to go for specialty dining instead to mix things up more. 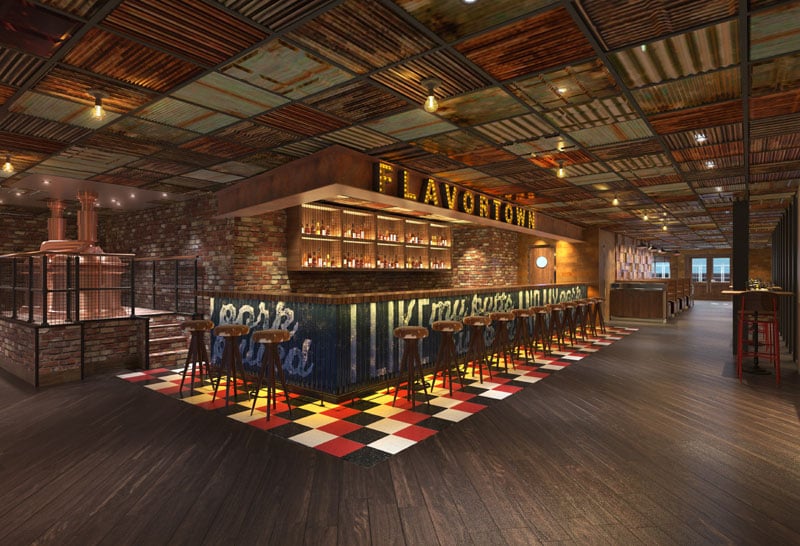