A passenger vessel named the Excellent has collided with a cargo dock crane at the popular cruise port in Barcelona, Spain. The ship crashed into the pier causing a crane to collapse and major damage.

The Port of Barcelona is one the busiest in the world and also is a major cruise hub for all of Europe. So when a 2,200 passenger cruise-ferry collides into the pier and crane, then it’s worth informing readers about.

There are multiple reports of the Excellent cruise-ferry which was arriving in Barcelona from Genoa, Italy earlier when control of the ship was lost due to bad weather. The vessel crashed into one of the dock crane head on, and as a result one of the large cranes collapsed onto the containers below.

The entire incident was captured on camera and now doing the rounds on social media.

When the crane fell onto the containers, there was also an explosion, and a fire broke out. This could have occurred from the materials which were within some of the containers. Local emergency services including fire crews managed to extinguish the fire.

The Port of Barcelona stated the following:

“The crane has collapsed on a number of containers of the terminal, 7 of which contained dangerous goods. None of the products represent a high risk at the level of industrial safety”

As far as we know, inbound and outbound traffic is not affected, and that includes cruises. There are two major cruise ships at the port today including Costa Favolosa and MSC Fantasia. Both ships are departing for a Mediterranean itinerary.

The Excellent ship is a passenger cruise ship operated by Italian based Grandi Navi Veloci. The ship has a capacity of over 2,200 and can also transport vehicles. The gross tonnage is almost 40,000, and she began service in 1998. Excellent offers a regular cruise experience featuring a swimming pool, restaurants, bars, casino shops and a lot more. There are over 400 cabins onboard along with luxury suites.

This news follows a Celebrity cruise ship hitting another ship at a port in Italy. This incident was also caused by bad weather. 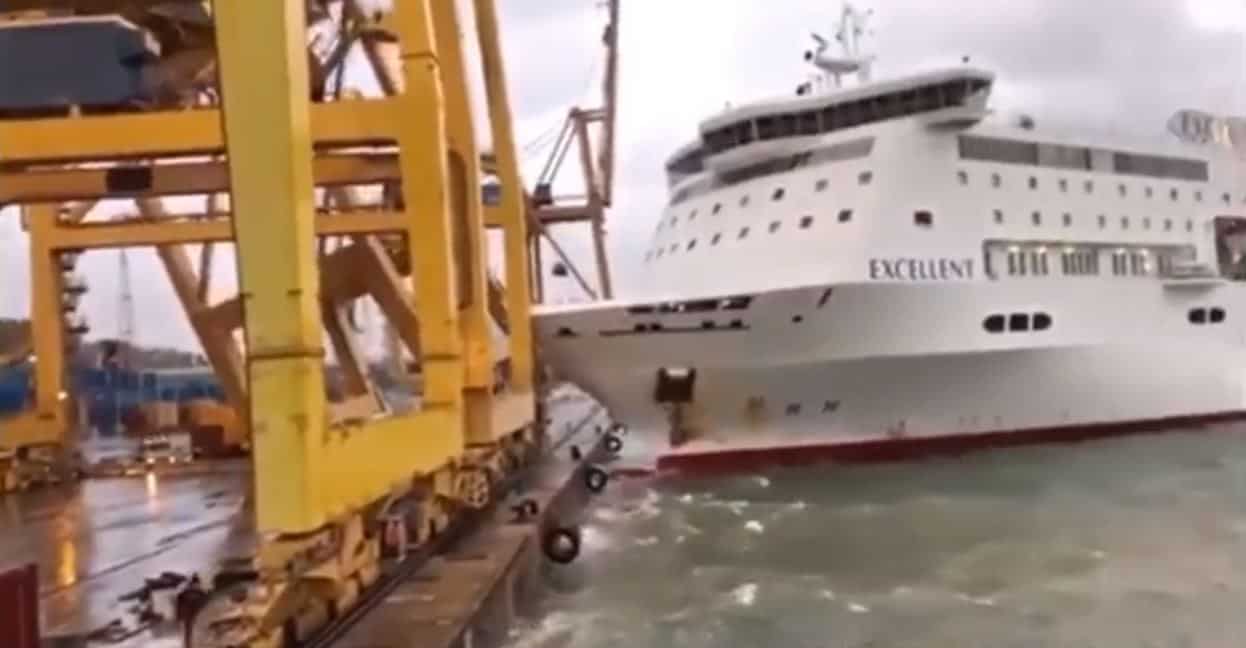