A former Carnival cruise ship which was known as the Holiday has been put up for auction after Cruise & Maritime Voyages went out of business.

Cruise Ships Up For Auction

The first Holiday-class cruise ship for Carnival Cruise Line has been put up for auction, along with four other vessels from the now bankrupt Cruise & Maritime Voyages (CMV) based in the UK.

The Holiday, which was transferred by Carnival to Spanish-based Ibero Cruises in 2009, eventually ended up with CMV in 2015. Unfortunately, due to the global health crisis and the suspension of operations, the cruise line went into administration, a form of bankruptcy in the UK.

The vessel is recently known as MS Magellan and she’s currently up for auction by CW Kellock & Co. The bidding deadline for the 46,052-gross ton cruise ship is midday on Monday, October 19, 2020. Those who are interested can arrange an inspection at the Port of Tilbury where she’s currently located.

Here is the full list of former CMV cruise ships that are up for auction:

All the ships are located at the Port of Tilbury except for the Marco Polo which is at Avonmouth, also in the UK. Anyone lucky enough to have the funds can buy themselves a cruise ship! The alternative is for the ships to be scrapped, which we’ve already seen with former Pullmantur and Carnival cruise ships at the Aliaga ship breaking facility in Turkey.

The former CEO of Cruise & Maritime Voyages, Christian Verhounig, recently completed the purchase of assets from the former cruise lines. Those assets included customer databases, computer systems, office items, and more. Verhounig is hoping to relaunch the cruise line at some point in the future. We might even see him snatch up some of the cruise ships too.

The Holiday was the very first new-build for Carnival Cruise Line. She was constructed in Denmark and entered service for the cruise line in 1985.

Also Read: The Former Carnival Cruise Ships: Where Are They Now? 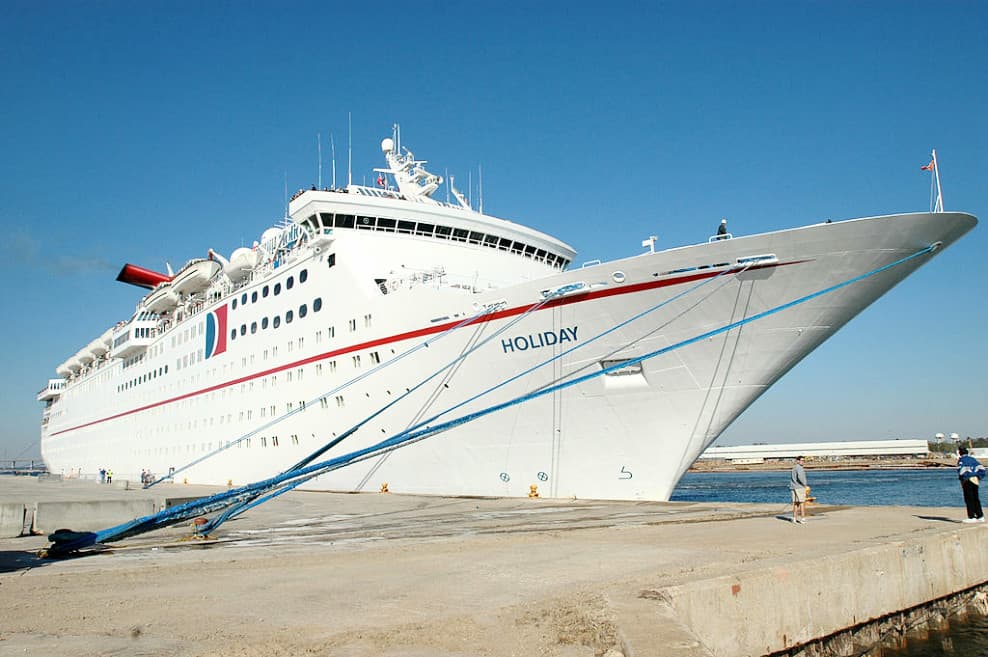