Should You Cruise the Eastern or Western Caribbean?

Remember those kid puzzles where you laid two pictures side-by-side, and had to discover how the two were alike and how they were different? Now you can use that skill to book your next Caribbean cruise vacation!

The most popular itineraries (routes) offered by cruise lines are basically bifurcated into the eastern and western regions of these tropical waters. In order to choose, let’s lay out the characteristics and look at the similarities and distinctions between the two directions.

How are These Two Things Alike?

Both eastern and western cruises tend to be seven- or ten-day voyages with year-round bookings. However, if you want a short jaunt for a weekend getaway, two- to three-day voyages in either direction can be booked at considerably cheaper rates than week-long trips.

You will find sand, sea, and sunshine in either direction. Both locations have the expected sugar-white beaches and gorgeous coastlines. Additionally, all ports of call are rich with island sights, sounds, and flavors.

It’s a win-win if your cruise goals are sunning on the beach, splashing in the gin-clear water, chasing adrenalin sports, tasting local cuisine, and shop-shopping. The local residents all through the Caribbean are welcoming, friendly, and live ‘on island time’ – a relaxed perspective of time and our movements through it. Both directions have your dream vacay.

Itineraries for east and west tend to include Nassau and Freeport in The Bahamas with most cruise lines. This is often your first stop, so be sure to see Paradise Island (my personal fave). This will set the standard for how breathtakingly beautiful a tropical beach and surrounding waters can be.

No matter how carefully we plan our cruise vacations there might be smudges on the pictures. Both locations can have their challenges. Some locations are notorious for crowds.

For example, St. Martin and St. Thomas often greet thousands of passengers on the same days; transforming your shore excursion into an exercise in the skills of standing in line and waiting – for practically everything. That’s for the eastern itineraries.

On the west, the port of call at Grand Cayman is reached only by tender – smaller boats that take you from ship to shore, and back. It is often ‘closed’ due to weather safety concerns. So flexibility is the common denominator for cruising both regions in the Caribbean.

How are These Two Things Different?

While there are multi-directional ports, as a general practice, ships bound for the eastern Caribbean embark from Jacksonville, Port Canaveral, Miami, and Tampa Bay. They also sail from points up the east coast such as Charleston, New York, and New Jersey.

Those on a western itinerary also sail from several Florida ports, and many often embark from New Orleans and Texas ports.

The stops along the way during your cruise are the ports of call. The destinations for most eastern voyages mainly include the U.S. and British Virgin Islands, the French West Indies, San Juan, Grand Turk, St. Kitts, Antiqua, St. Lucia, the Dominican Republic, and Nevis. These locales are in the southern and western Caribbean Sea and the Atlantic. These points lean heavily toward the beach-fun activities, with loads of world-class shopping, and high-end eateries.

You can find some great clothing for your when you go ashore here.

Western ports of call generally include Jamaica, Grand Cayman, Costa Maya, Cuba, Belize City, Roatan, Costa Rica, Cancun, and other points on the mainland of Mexico and Central America. Shore excursions at the latter destinations are more focused on visiting sights rich with the historic significance of ancient cultures, and land-based nature adventures.

On average, eastern cruises stop at more ports of call than those traveling to the west. If you’re interested in a longer (14-day, 21-day) deeper dive into the southern region, the islands of the Lesser Antilles have their own charm. Cruise lines are sailing to French Martinique, Barbados, Grenada, Trinidad & Tobago, St. Vincent & the Grenadines, and the three Dutch-influenced isles of Aruba, Bonaire, and Curaçao.

If sailing upon the high seas with vast stretches of ocean bouncing glimmering sunshine and a tropical breeze in your hair is your definition, then eastern cruises will begin and end with these days. It simply takes longer to reach the region, so it may feel like you have more days actually ‘at sea’. But once you are there, you jump quickly between islands due to their close proximity to each other – wake up every day at a new port!

Also Read: How to Have the Best Shore Excursions in the Caribbean

If, however, you want to visit the eastern destinations above without the extended time on the water, consider flying into San Juan or St. Thomas. There are cruises setting sail from those ports, and flying in will let you visit five or six islands rather than the standard four ports of call.

For the western itineraries, the ports are further apart and sailing between them takes longer in comparison. This can be a good opportunity to explore onboard activities – and today’s vessels have loads of them for all interests.

There is a distinct difference between the nightlife in the eastern and western ports of call. While both have pubs, clubs, and casinos, the distinction lies in the ready availability and scale. For the high-end action, glitz and glamor, most would agree that these after-sunset activities are more easily pursued in the eastern itinerary ports of call.

This is a basic guide to get you started on a voyage of discovery for planning your next tropical cruise. Keep in mind that the suggestions above are presented in general terms. There are, of course, important and interesting historical points of interest in the eastern islands; for example, San Juan. And there are luxurious shopping and dining opportunities in the western Caribbean; think Cozumel.

You might even find that the pictures from both sides of the region look equally appealing, and you want to plan a vacation in both directions in the future! Bon Voyage. 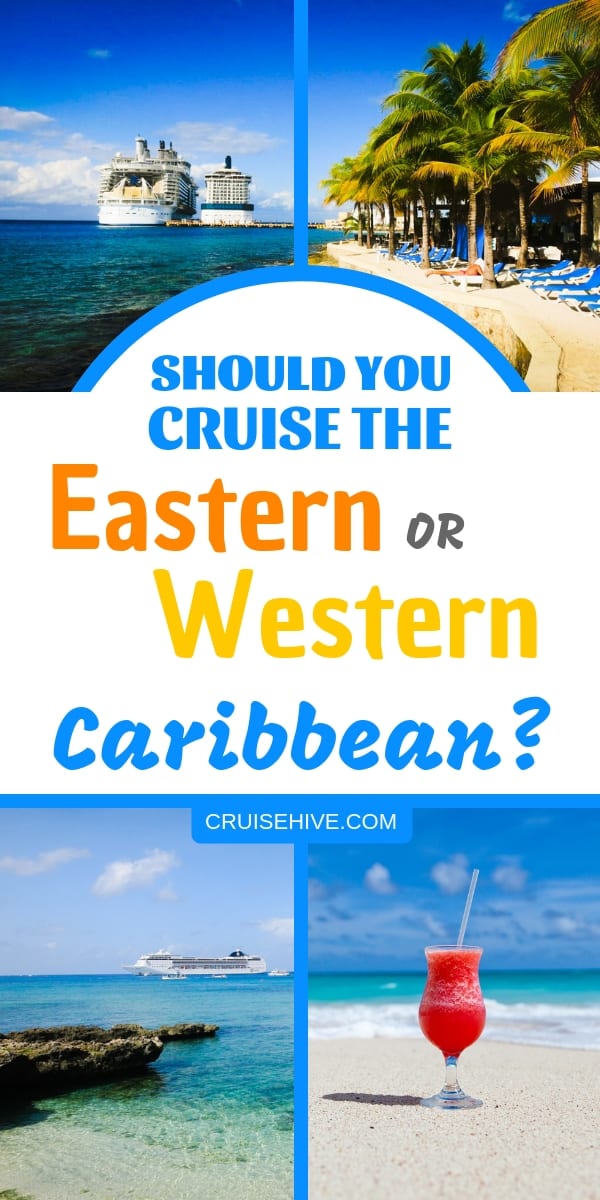 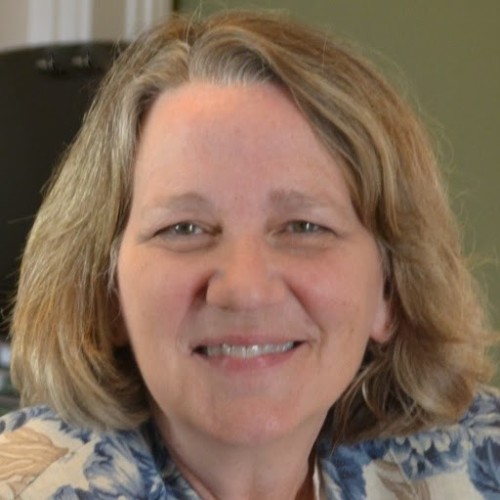