Mariner of the Seas has arrived at her new home of PortMiami, Florida and Royal Caribbean has released another video showcasing the month-long dry dock which has now been completed. A lot of work was done but it wasn’t as easy as it looks.

Mariner of the Seas Dry Dock

We’ve already posted about the Royal Caribbean cruise ship receiving her major updates but now the cruise line has released yet another impressive video after completing the $120 million upgrade. This one is even better as we get to see some behind the scenes footage of all the work which was done onboard and on the exterior.

“Millennials want more frequent and shorter vacations that offer as much of that exhilarating adventure they seek. We’ve answered that call by investing $120 million in Mariner of the Seas and bringing her to Miami to sail 3- and 4-night cruises.”

“With the combination of more thrills than you can count and visits to tropical destinations, Mariner is changing the game and taking the short getaway experience to a whole new level.”

Also covered in the new video are the technical aspects which can be pretty rare. Most of the focus is usually on the main new features but fair play to Royal Caribbean explaining how important it is to make sure maintenance is done and that the vessel is seaworthy after having new installations. Without further delay let’s take a look at Mariner of the Seas during her month-long refurbishment.

During the renovation of Mariner of the Seas, the main features added was the large Sky Pad located aft of the ship. This is where guests can experience a trampoline adventure like no there with ocean views or using virtual reality headsets.

Here’s a list of all the new features added:

Mariner of the Seas Cruise Prices

Take a look at all cruise prices for Mariner of the Seas. Compare price drops for your desired itinerary and cabin category.

Mariner of the Seas Back in Service

Mariner of the Seas is now back in service and showcasing all her new updates. The ship arrived at her new home of PortMiami, Florida and the ship will sail 4-night weekday and 3-night weekend cruises to the Bahamas. The itinerary will include calls in Nassau and Royal Caribbean’s private island of CocoCay. The first guests to experience the updated ship will be on Monday, June 25, 2018. 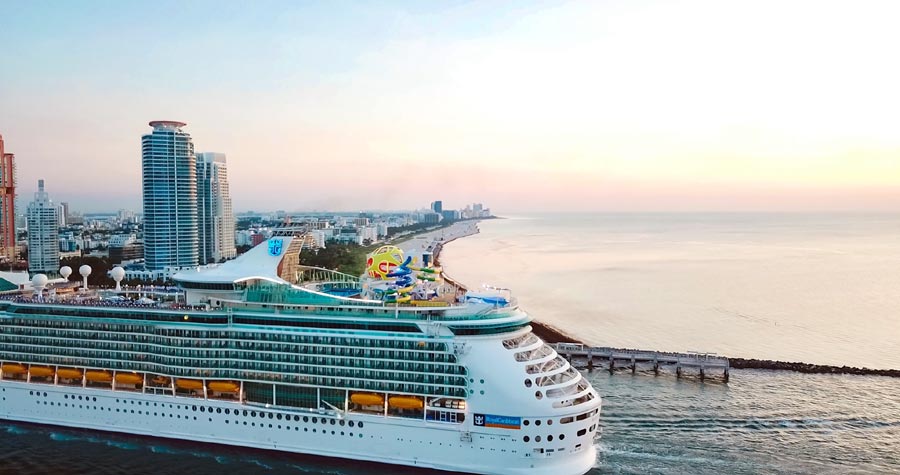