How Much Was a Ticket on the Titanic?

How much was a ticket on the Titanic? It wasn’t the cost that caused people to want to sail on the Titanic; it was the experience.

The unfortunate demise of the Titanic on her maiden voyage across the Atlantic Ocean to New York over one hundred years ago remains a topic of fascination with people.

People have been studying this well-known passenger liner for decades, wondering what it was like to be on this voyage. We discuss how much ticket prices for the Titanic were and how they relate to today’s prices.

When translated to United States dollars, the exchange rate in 1912 swung wildly. Most of the time, it was $5 per British pound, so third-class tickets would cost $35 in 1912, with first-class accommodations coming in at $4,000.

Even when you account for inflation, the cost is staggering. It would cost $133,132 to travel in a first-class suite on the Titanic. First-class berths would cost $4,591, second-class would be $1,834, and third-class accommodations $1,071.

A calculated estimation of the Titanic concludes that the total number of first-class travelers was 324. It isn’t known how many booked standard first-class berths or upgraded to suites.

Of those who booked second class, there were 284 on board, with 709 traveling third-class. There were 107 kids on board, and most were third-class passengers.

The number of passengers and potential passengers breaks down as follows:

What Was the Most Expensive Titanic Ticket?

It is believed the most expensive suite contained two bedrooms plus a sitting room. The occupant was Charlotte Drake Cardeza, a patron of the American arts. Charlotte was traveling with her maid, valet, and 36-year-old son, who all survived. However, they left behind 14 trunks of their luggage in addition to other items.

First-class rooms had the same standards as many high-end hotels of the era. Several onboard facilities were available exclusively for these guests, such as squash courts, gyms, Turkish baths, a swimming pool, shuffleboard, and chess.

First-class passengers could have meals in the main dining room. Dinner was traditionally served between 7:00 to 8:15 pm. Those traveling first-class could also pay a bit extra to eat in an a la carte restaurant.

Food was high class. It included oysters, canapes, expensive cuts of meat (like duckling and lamb), and various cheese boards and French pastries for dessert. The menu tended to be primarily French cuisine. However, there were American and British options available as well.

Those traveling second-class had more comfort compared to third-class. They had private cabins with shared bathrooms. They had access to a library, men-only smoking rooms, and promenade decks where they could enjoy the fresh sea air.

Other dining rooms could accommodate all the guests simultaneously. The menu was more limited, but there was still a good variety.

Tickets for third-class rooms were 7% of a skilled working man’s average annual salary in England. Many in third-class were looking to set sail to begin a new life in America and build their future.

There were two dining rooms for those in third-class, an outdoor deck space, and communal rooms. They didn’t have dinner but ate tea and supper, as dinner was only for the upper classes.

Read Also: How Much Did the Titanic Weigh?

So, how much was a ticket on the Titanic? The cost was dependent on what class of ticket the patron was purchasing. Either way, this luxury passenger liner cost more than that era’s average price. However, no matter what class you traveled in, you were treated well while you were on board. 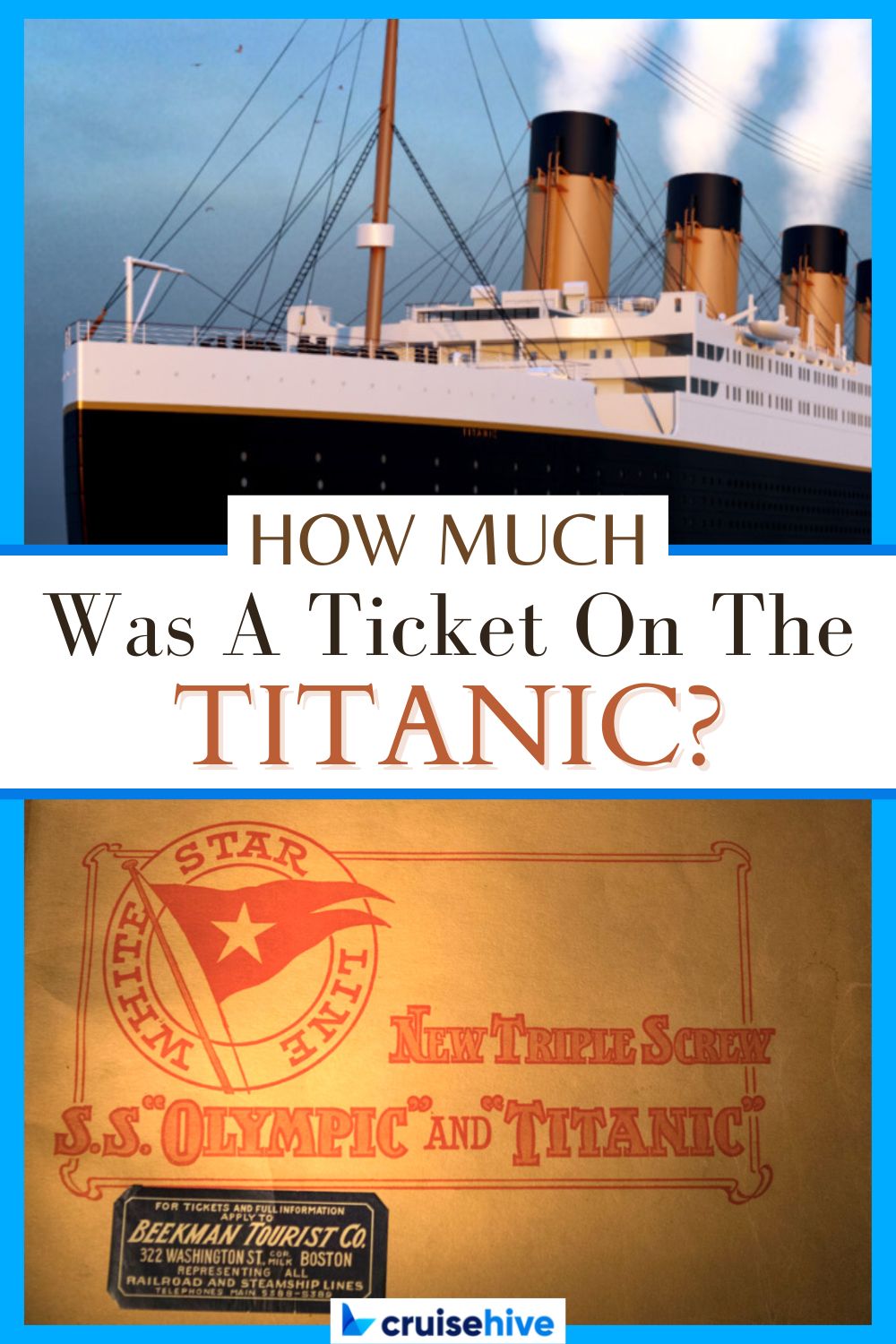