Here Are Five Carnival Cruise Ships That Might Be Sold Soon 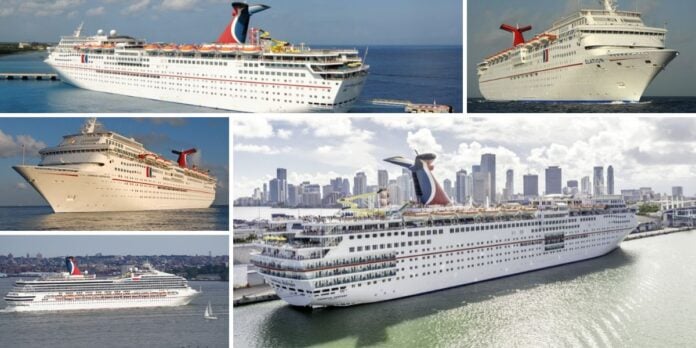 These are the Carnival cruise ships that might be sold soon due to the impact of the suspension of cruise operations.

Carnival Cruise Ships That Could Be Sold

Cruise Hive recently reported on parent company the Carnival Corporation which had plans to dispose of cruise ships due to the impact on the business from the suspension of operations around the world. The company mentioned that six cruise ships across its nine cruise brands already have agreements in place to be sold or scrapped before the end of 2020.

The cruise company also hinted that even more cruise ships could go to help cruise brands ride out the suspension of sailings and keep the fleet maintained until cruises do eventually resume. When Carnival Corp revealed this information no specific ships were mentioned but recently a number of vessels have started to pop up on vessel brokerage sites. We also know some of the ships such as the Carnival Fantasy have already been open to purchase for sometime before the health crisis hit.

Before getting into which cruise ships might be sold off it is important to know that nothing has actually been confirmed by the cruise line and even though some ships have recently appeared on brokerage sites nothing is yet set in stone until an official announcement.

It comes as no surprise the Carnival Fantasy is listed to be sold off. The ship is currently the oldest in the fleet and joined the fleet all the way back in 1990. The vessel is currently listed here for $100 million.

The ship last underwent a refurbishment in 2019 but it wasn’t a major update and mainly just general maintenance and essentials. Carnival Fantasy was built in Finland and is 70,367 gross tons with a passenger capacity of 2,056 at double occupancy.

Before Carnival Cruise Line voluntary suspended cruise operations the vessel was sailing out of the Port of Mobile in Alabama. The vessel is set to stop sailing from the port once Carnival Fascination takes over in 2022. That could allow the ship to be disposed of much earlier if needed.

The Carnival cruise ship is the second oldest in the fleet and entered service in 1991. The ship is currently listed for sale on the Ferry & Cruise Shipbrokers web site. Carnival Ecstasy was cruising out Jacksonville, Florida before the pause on cruises.

The ship is 70,367 gross tons and has a guest capacity of 2,056 at double occupancy. Her most recent upgrade was in October 2019 which was mainly general maintenance with the only real highlight of a new Bonsai Sushi Express being added.

The cruise ship is up for sale right here at Yacht World and the current price for the ship is $250 million. The vessel joined the Carnival fleet in 1998 and is one of the newest in the Fantasy-class at 71,909 gross tons and a guest capacity of 2,190 at double occupancy. The ship is based out of Port Canaveral, Florida. Readers can find out more about the ship by clicking here.

Carnival Inspiration is another of the Fantasy-class vessels but this ship is among the newest in the class and entered service in 1996. Just like her sister ships, she is starting to show her age and fall behind compared to the newer more advanced vessels now entering service.

The vessel is listed on Yacht World and currently for sale for $155 million. The ship is also listed right here on the popular Ferry & Cruise Shipbroker site for a higher $200 Million. Carnival Inspiration is 70,367 gross tons and has a guest capacity of over 2,000 at double occupancy.

The most surprising Carnival ship now up for sale is the Carnival Sunrise. The ship is part of the Sunshine-class and underwent a huge transformation from the Carnival Triumph in Spring 2019. The ship which originally entered service for the cruise line in 1999 is up for sale at Ferry & Cruise Shipbrokers for $350 million. However, since the listing was first found it has been removed which could mean an agreement has been made or Carnival has decided to remove for another reason.

Carnival Sunrise is based out of Fort Lauderdale, Florida and hopefully, we’ll know soon if the ship will continue to sail from there. The ship which is almost identical to the Carnival Sunshine is 101,509 gross tons and has a passenger capacity of 2,984 at double occupancy.

We’ll just have to wait and see which Carnival cruise ships will actually be sold off if any at all! The Carnival Corporation owns nine cruise lines so we could see vessels from other fleets go first.

We could be seeing even more ships disposed of in early 2021 and it also depends on what buyers the cruise company can find. There is no doubt the suspension of cruise operations around the world is also severely impacting the smaller lines which were hoping to grow before the crisis hit.

Worth Reading: 8 Things Cruise Ships Are Doing Now During the Suspension 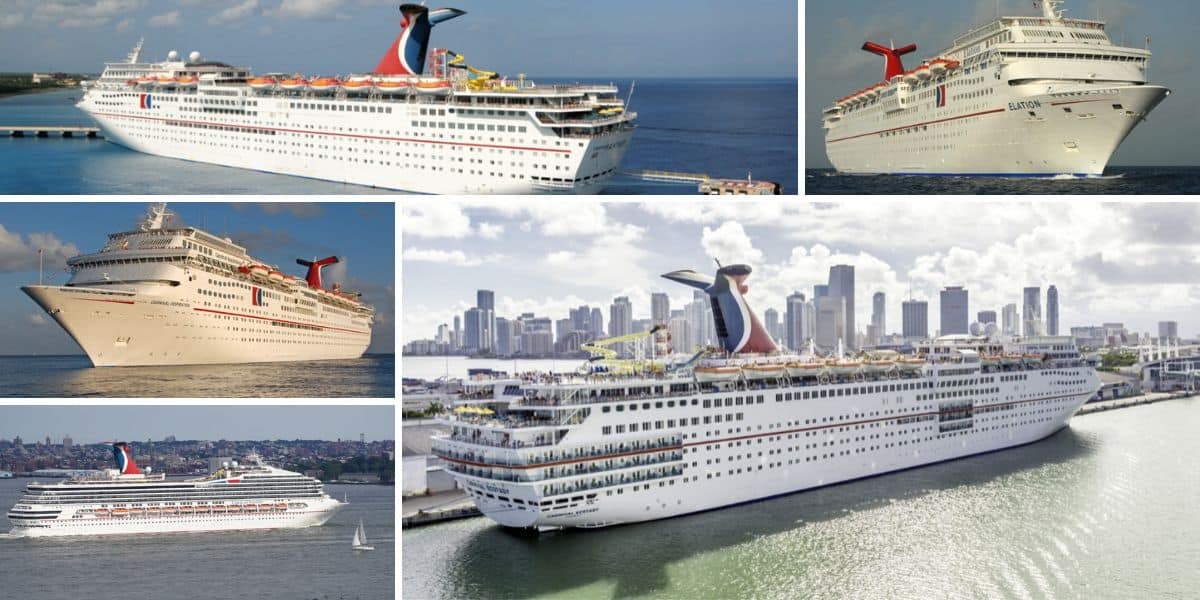