Cozumel already has the Punta Langosta cruise pier located downtown at San Miguel, the Puerto Maya cruise facility that caters for Carnival Corp ships further south of downtown, and nearby is the International Pier, which is mainly used by Royal Caribbean vessels.

The Ministry of Environment and Natural Resources (Semarnet) approval now means the project can move forward, and construction on the new development is set to begin in December 2020. Muelles del Caribe will be carrying out the project, which includes a cruise ship pier and a bridge that will go over the main road into the cruise terminal, a similar concept to what Punta Langosta has.

The pier is set to cater for vessels that measure up to 362 meters in length, which means any of the new mega cruise ships coming out will be able to dock there. The new facility will be located just south of downtown and near the Cozumel Car Ferry pier.

Why Another Dock in Cozumel?

The fourth cruise dock is part of a much larger economic reactivation agreement recently announced by Mexico President Andrés Manuel López Obrador. The package has a total of 39 projects around the country.

With the increased capacity for larger cruise ships, this will undoubtedly help bolster the local economy, which already relies heavily on the cruise industry and the thousands of cruise visitors to the island. The suspension of cruise line operations in 2020 has not bolded well for the island. From January to October 2020, the island had almost a 70% drop in cruise passengers compared to the same period the previous year.

Even though more cruise ships are good for the economy, there has been resistance to the new project. Environmentalists do fear that the new dock will impact the coral and marine life in the area. Cozumel is well known for its diving and snorkeling excursions, which will be a sad side to the new development.

So at the moment, the island of Cozumel is open for business, and tourism opened in early June 2020. Hotels and excursions are all open, but without thousands of cruise visitors each day, who knows how long they can last.

Cozumel has received the new “Safe Travels” safety stamp from the World Travel & Tourism Council (WTTC) which means the island is following the core protocol requirements to make sure visitors can remain safe. You can read the requirements here.

Also Read: 60 Things to Do in Cozumel, Mexico for Cruise Passengers

To visit Cozumel, waiver will need to be submitted along with the completion of registration forms online before arrival. When cruise lines begin to resume calls to the island next year guests should check what is needed from them as requirements may be different. many countries still have restrictions in place and international travel remains limited. 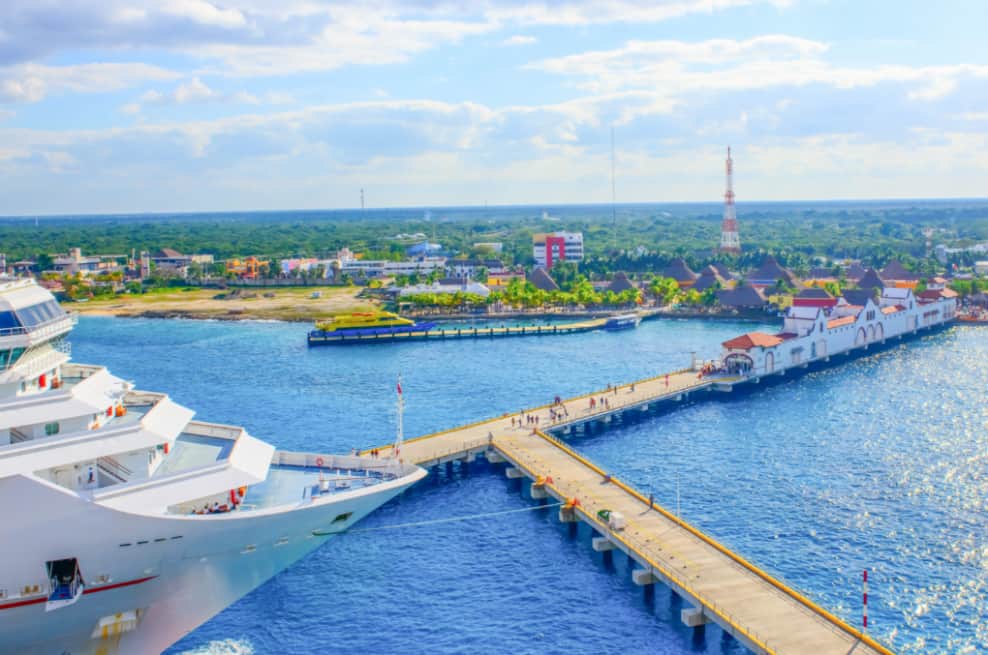