The Ultimate Guide on Carnival Ships by Age

Use this ultimate guide on Carnival ships by age to keep track of the ever-growing fleet and all the former vessels.

When a cruise line has around 24 ships in the fleet with even more on order or being constructed, it can be easy to lose track. Carnival Cruise Line is the largest cruise line in the world, and there are several different class ships with each being built and joining the fleet at different times. We’re going to keep track of the Carnival ships by age, so you don’t have to.

Which is the Newest Carnival Cruise Ship?

The very first Carnival cruise ship was the Mardi Gras, she wasn’t built for the cruise line but was the first ship for the newly formed Ted Arison Carnival Cruise Line at the time. The ship started sailing for Carnival in 1972 and ever since the “Fun Ships” have kept coming! Mardi Grad was over 27,200 gross tons which is a huge difference from the current newest ships in the fleet which is Carnival Panorama at 135,000 gross tons.

However, Carnival Panorama which joined the fleet at the end of 2019 will be the final ship in the Vista-class and the new Excel-class ships will take the cruise line into a new era. The larger cruise ships will start with Mardi Gras in February 2021 and then another sister ship named Carnival Celebration in 2022, they will both be over 180,000 gross tons.

We’ve already put together a list of the smallest to the largest Carnival cruise ships which you can take a look at here.

Carnival Cruise Line goes back beyond the older Fantasy-class vessels such as the Holiday-class and more. The very first was Mardi Gras which we already mentioned further up, then came Carnivale which is, in fact, the oldest built ship. She didn’t start sailing for Carnival Cruise Line until 1975.

Festivale was built in 1962 but joined the fleet in 1977. Tropical was the first new cruise ship built for Carnival Cruise Line in 1982. The new Holiday-class vessel also built for the cruise line helped grow the Fun ship fleet with Holiday arriving in 1985, Jubilee in 1986, and Celebration in 1987.

Here’s the list of the former ships which have either been sold to other operators or scrapped: 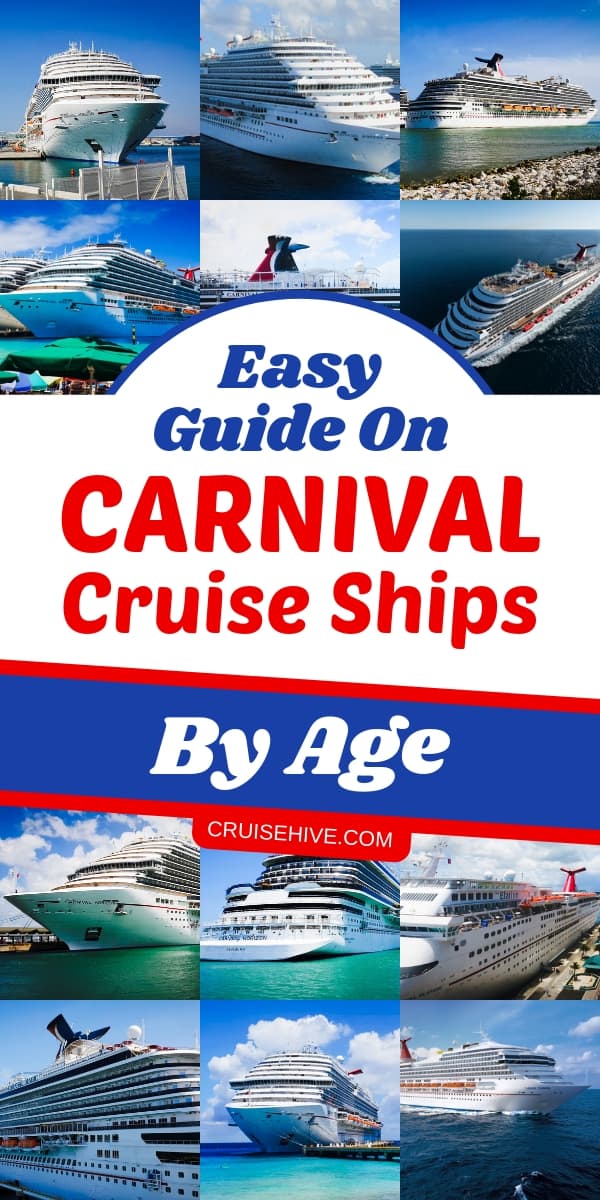 The founder of Cruise Hive which was established in 2008 as one of the earliest cruise blogs in the industry. Emrys has been reporting on the latest cruise industry news since the site first launched. Expert insights and tips featured on a number of publications including The Express, Business Insider, and more.

Worked for Carnival Cruise Line for 8 years and is well and truly dedicated to cruising! Has also been on a number of cruises so can offer an insight into the industry that many will not be able to do. What's even more impressive is that Emrys has traveled the world by visiting more than 34 countries, lived in China for 8 years, cruised the Caribbean, Baltic, Mediterranean, and Europe.

Carnival’s Mardi Gras Cruise Ship: Everything You Need to Know

Carnival Vista Cruise Ship: Overview and Things to Do

17 Things to Do on the Carnival Glory Cruise Ship