P&O Cruises has now decided to cancel the 4-day voyage of P&O Ventura which was scheduled to depart Southampton, UK on December 13. All guests will receive a full refund of their cruise fare. A 20% credit towards a future cruise booking is also being provided.

This follows the current 12-day voyage which has been hit with a propulsion issue which started on December 7. It means the current voyage won’t be returning to the homeport until Tuesday, December 17.

A cruise ship that is operated by Carnival-owned P&O Cruises which is based in the UK issued a mayday after losing propulsion.

During her 12-day cruise out of Southampton, UK the P&O Ventura suffered engine failure and as a result, issued a mayday. Yesterday evening after the large vessel departed her scheduled port visit at Santa Cruz de Tenerife in the Canary Islands she suffered a loss of propulsion.

The ship was drifting towards the northeast of Tenerife island but at no time were guests in any danger and everyone has been kept updated onboard. It was announced to guests that two tug boats were on route to tow the cruise ship back to Santa Cruz de Tenerife overnight.

According to the ship’s captain, the issue was due to condensation which had got into the electricals and in turn caused the main propulsion systems to be knocked out. However, the ship did still have the bow thrusters available. It occurred as the vessel was sailing from Santa Cruz de Tenerife towards the next port of call of Arrecife.

With the ship now berthed back in Santa Cruz, the call to Arrecife on December 8 has been canceled. The ship remains in port after arriving at around 8:15 this morning. Investigations are set to continue along with repairs.

According to guests onboard, the ship is expected to depart at around 9:00 PM tonight towards Lisbon. The ship is scheduled to call at the Portuguese port on December 10 at around 8:00 AM before returning back to her homeport in Southampton on December 13.

P&O Ventura is 116,000 gross tons with a guest capacity of over 3,100 at double occupancy. She was delivered to the British-based cruise line in 2008 so it is fairly new compared to most major fleets. The ship last underwent a dry dock in 2018. 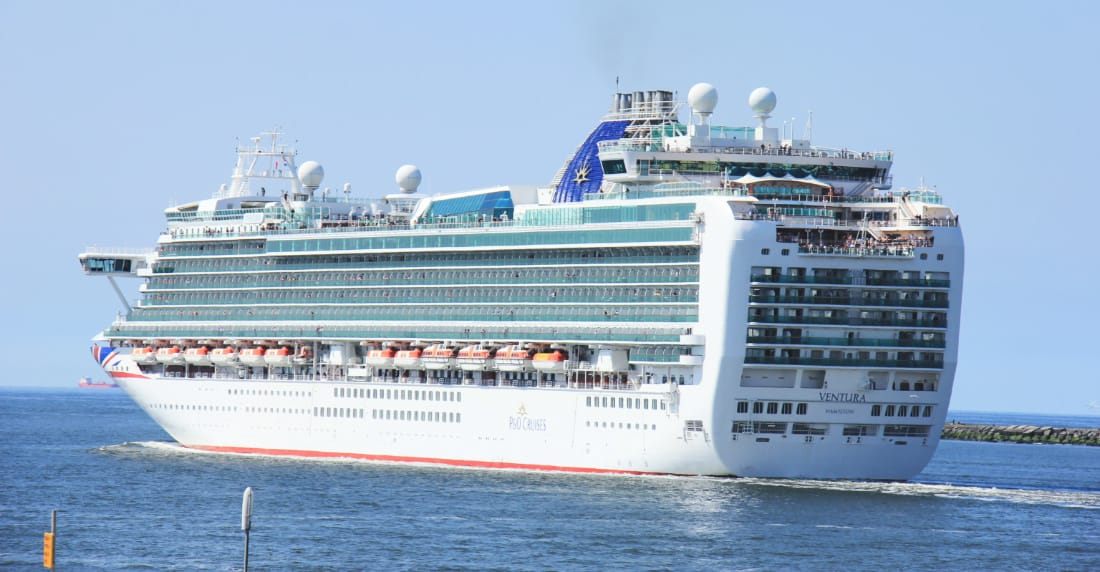