The World Dream officially kickstarted the restart of cruises from Singapore. The vessel sailed from Singapore today on a Seacation voyage. The Dream Cruises ship is the first ship to sail from the city-state and Royal Caribbean’s Quantum Of The Seas will soon follow.

The 3,400 passenger ship is operating at a reduced capacity of 50 percent. According to Dream Cruises, around 1,400 people have been booked on the first cruise. Six waterslides and a zip-line suspended 18-decks above the ocean will surely entertain everyone onboard. Every sailing of the World Dream will end with Asia’s only laser show at sea.

The vessel will be doing ‘Super Seacation’ itineraries, 3-and 4-day voyages where the ship remains at sea only. The voyages are only available for Singapore residents for the time being and will offer them an enjoyable, refreshing short getaway on carefree ocean voyages. You can read our post when Dream Cruises first announced the new cruises to nowhere right here.

Take a look at the photo released from the cruise ship voyages begin:

While most governments seem set on banning or at least postponing cruises, the Singapore government has been pro-active in the return to cruising in the city-state. Michael Goh, the President of Dream Cruises, had this to say:

“It is a great honour for us to continue our long and fruitful partnership with Singapore which began in 1993, almost 30 years ago, we could not have done this alone and I would like to acknowledge the great support we have received from the Singaporean authorities – and especially the Singapore Tourism Board for their trust and confidence in us.”

The short seacation trips will enable guests to sample all that World Dream has to offer safely and responsibly. The vessel has been designed specifically for the Asian Market, focusing on Asian dining, with specially employed Singaporean Chefs.

While the start of cruising is a good step for the cruise industry, the Singapore Government has also asked Dream Cruises to recruit crew members specifically from the Singapore talent pool.

With a majority Mandarin and Cantonese speaking guest demographic, this will certainly be a welcome addition. From Marine Officers, Cruise Operations and Galley Chefs, Media Technicians, various hotel and hospitality staff, and special Cruise Ambassadors to ensure the best guest relations, dream cruises will feature the best of Singapore’s famous hospitality.

Cruise Ship Illness: How to Protect Yourself

Mr. Goh also reacted to receiving the Cruisesafe Certification from the Singapore Government:

“Let me say again how delighted we are to be the first cruise ship to restart operations here in Singapore and to give a much-needed boost to the local tourism industry,” concluded Mr. Goh. “It is our goal to provide Singaporean residents with more vacation options after the many months of COVID-19 restrictions, and we hope to bring back the joy of cruising but, of course, with a heightened focus on safety.”

From the installation of no-touch handwash stations, social distancing, increased sanitation, eliminating self-service buffets, and daily health checks, there is certainly no reason to feel unsafe onboard.

Royal Caribbean Is Next

World Dream is not the only ship that will be sailing in Singapore. Starting December 1, Quantum Of The Seas will be making two, three, and four-night voyages. As we reported already last month, bookings for Quantum Of The Seas have been stellar. The first voyage had been sold out already, while other voyages have ‘exceeded expectations.’

If and when the Singaporean government would be willing to open up the ships for other nationalities is unclear. 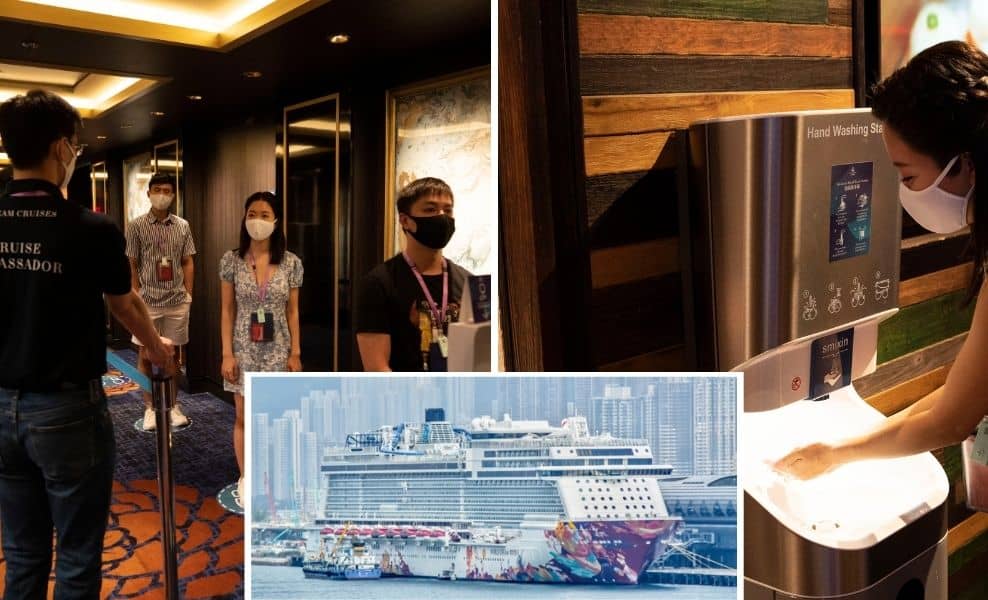