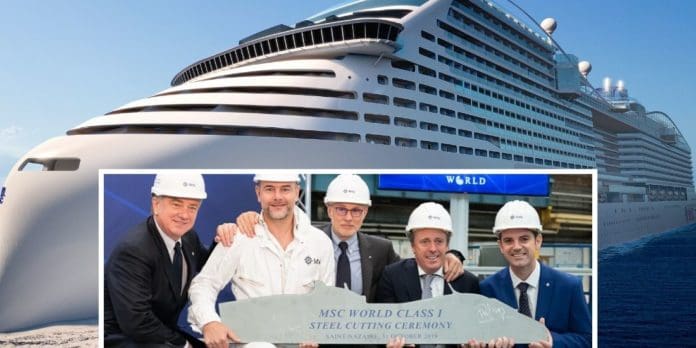 Construction has started with the first steel cutting of the first MSC World Class cruise ship named MSC Europa which will be one of the largest in the world.

It’s a hugely important day for MSC Cruises with its largest ever cruise ship now kicking off the construction phase. It has also been announced that the first World Class vessel will be named MSC Europa at a massive 205,700 gross tons.

“Today is even more significant as we begin the construction of our first of five LNG-propelled ships, which will further elevate our standards in environmentally-sound cruising thanks to this use of alternative fuels, as well as other cutting-edge technologies.”

A ceremony was held at Chantiers de l’Atlantique shipyard in St Nazaire, France to mark the major milestone. Cruise line and shipyard executives attended the event.

The new mega-ship will have a passenger capacity of 5,400 and will be powered by Liquified Natural Gas (LNG), a new form of environmentally friendly fuel which the cruise industry is now moving forward with new ship builds.

During the ceremony, it was also announced that the first of the new-generation vessels will be named MSC Europa but we don’t yet know any specific features or itinerary as those will be be announced in the future.

MSC Cruises has ordered a total of four World Class vessels from the French shipyard with MSC Europa arriving in 2022 and then three more in 2024, 2025 and 2026. They won’t be as large as the Oasis-class ships from Royal Caribbean or the 208,000-ton Global-class ships from Dream Cruises.

There are a total of 12 cruise ships on order or currently under construction for MSC, not including the MSC Grandiosa which was just delivered to the cruise line as the first Meraviglia Plus-class vessel at an impressive 181,000 gross tons. 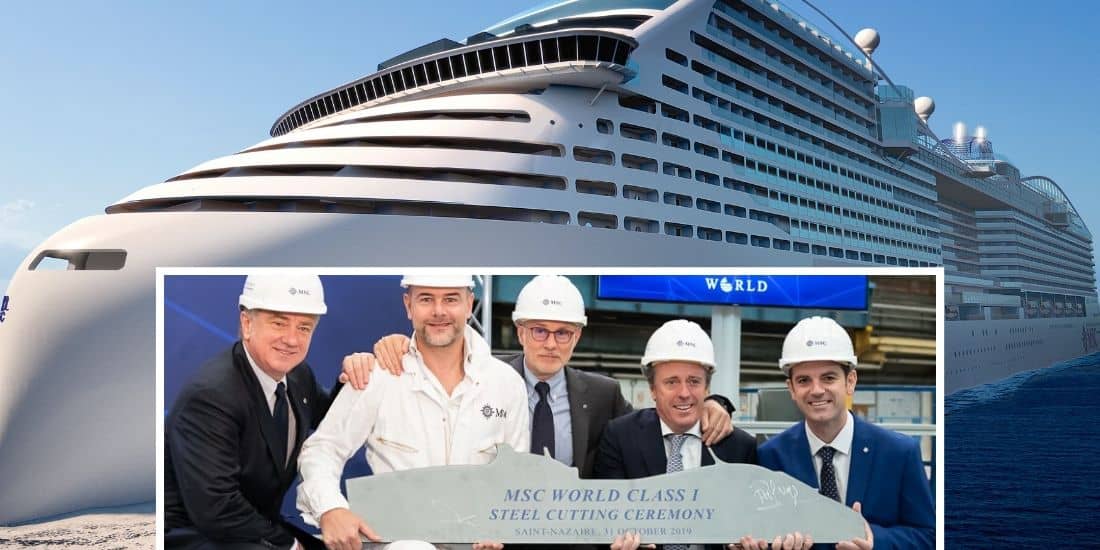