A Carnival cruise ship has rescued 23 people from a disabled boat just off the Yucatan Peninsula after being adrift at sea.

The Carnival Fantasy cruise ship which is operated by Carnival Cruise Line rescued 23 people who were adrift 130 nautical miles off the Yucatan Peninsula on Sunday.

The U.S. Coast Guard received a report at around 1:15 AM that a sports fisher vessel was distressed and disabled with a total of 23 people onboard. The boat had engine issues and had been adrift for three days.

What’s more shocking about the situation according to the Coast Guard is that 22 people who were on the sports fisher boat were rescued from a smaller wooden boat which was sailing from Cuba to Mexico. The smaller boat had lost power and was also adrift for three days. So the 22 people out of 23 were adrift for a total of six days between the two different vessels.

Took a detour on our Carnival Cruise ship to rescue some immigrants in distress. #CarnivalFantasy pic.twitter.com/m50jeSQSqJ

Thankfully the Carnival Fantasy was able to get involved after being notified by the Coast Guard. A search was already underway for the disabled sports fisher vessel and at around 8:40 AM they were finally spotted by an Ocean Sentry aircrew on their third search location.

The Carnival Cruise ship was directed to that location and arrived at the scene at 10:47 AM on Sunday. A rescue operation was launched by the cruise ship’s crew, and all 23 individuals were brought aboard — two of the people needed to be treated by the medical staff for minor issues.

The rescued people remained on the Carnival Fantasy until the cruise ship arrived at Mobile, Alabama this morning. They will be transferred to U.S. authorities.

The Carnival ship was on a 4-night western Caribbean cruise and at the time of the rescue was already sailing back towards its homeport from a call at Cozumel, Mexico on April 13. The ship is the oldest in the fleet at 70,360 gross tons and passenger capacity of over 2,000 at double occupancy. 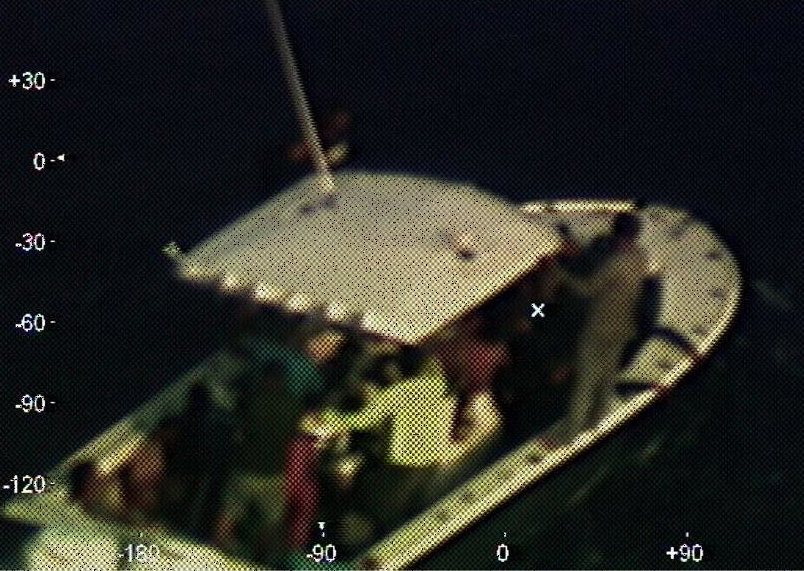