Towel Animals to Look for on Your Cruise

Towel animals are a fun cruise tradition that many passengers of all ages look forward to each evening as a new, fluffy friend appears in their cabin. But what do you know about these terrycloth visitors and how can you find your favorites?

The exact origins of cruise ship towel animals are unknown, but the tradition is often linked to Carnival Cruise Line – after all, these creative creations add a bit more fun to a Fun Ship cruise. Today, towel animals are popular on many different lines, including Disney Cruise Line, Norwegian Cruise Line, Royal Caribbean International and Holland America Line. While they aren’t as common on more reserved cruise lines, they can still make surprise appearances, particularly if there are younger cruisers in the cabin.

Get all your cruise accessories for your next cruise vacation.

Creating different animals out of bath towels, hand towels and washcloths is a fabric folding art related to napkin folding, origami and other decorative folding arts. While towel animals aren’t as elaborate as more advanced techniques, cruise ship cabin stewards have designed an impressive array of creatures from simple towels that may be folded, rolled, creased and twisted into different fun shapes.

Most stewards even add eyes and nostrils to their creations, and some may even add accessories to personalize the friends, such as sunglasses, caps, beads, rose petals or other accents.

Carnival Cruise Line even goes a bit further with its towel animals. Puppets of the most popular animals are unofficial hosts before evening shows in the main lounge, each cruise has a Towel Animal Theater puppet show for young cruisers and guests can even buy a book on Carnival’s towel folding techniques.

A popular activity on most Carnival cruises, as well as on other lines, is a towel folding demonstration class where guests can learn how to turn their own towels into fun friends, as well as see a wider variety of terrycloth creations on display.

Towel Animals You May See

There are always new and exciting towel animals appearing on different cruise ships. More easily recognizable animals are some of the most common and popular designs, including pigs, dogs, cats, frogs, elephants, gorillas and dinosaurs. More exotic creations do appear as well, including stingrays, seals, bears, snails, rabbits, turtles and anteaters.

While these animals are typically placed on beds during the evening turndown service, some may even be hung from vents, window frames or mirrors, and bats and monkeys both make regular dangling appearances for guests.

Some cabin stewards may make much larger creations from multiple towels, such as alligators or even human-like figures, or romantic options such as hearts, flowers or a sweet pair of swans or peacocks may visit couples’ cabins.

The sizes, expressions and poses of towel animals can vary, all depending on the cabin steward’s creativity and what towels they choose for each creation. Guests who hope to find their favorite towel animal can always ask their steward about a particular animal or leave a note with a polite request.

It is important to be aware, however, that cabin stewards have many other duties, and it may not always be possible to meet more exotic requests. If the day has been very busy or a difficult situation arises, some nights may not feature towel animals at all.

These fuzzy friends are a fun extra stewards add to guest cabins to make a cruise more enjoyable and memorable, but making towel animals is not an official part of a cabin steward’s duties.

Cruise passengers don’t have to wait for the evening turndown service or ask their steward to see their favorite towel animals, however. The towel stations near pools often have a pal or two on display, or can even make one if asked.

Also Read: What You Need to Know on Decorating Your Stateroom Door

Housekeeping carts on different cabin decks often have a friendly towel animal keeping the staff company as well. On family-friendly cruise lines, there may be a big parade or display of towel animals at some point during the cruise, often in a large lounge or near the main pool where a whole menagerie of animals will gather.

When towel animals appear in your cabin, you are welcome to keep them around throughout the cruise, but it can be helpful to the cabin steward if you gently disassemble any you don’t need to keep. Multiple towel animals can quickly take up valuable space in small cabins, and if all the animals stay put for the entire cruise, that is a lot of towels the steward will need to take care of at the end of the trip.

Instead, if the animals are disassembled after being enjoyed for the evening, the same towels can be reused for new friends the next night. If there is a towel animal you want to keep throughout your cruise, however, you can move it to a safe location on a nightstand, table or desk, adorn it with your own accessories, or leave a thank you note to let your cabin steward know you want to enjoy the friend a bit longer.

Towel animals can be a fun part of your cruise vacation, bringing a bit of whimsy to your cabin and giving you even more to smile about as you enjoy a great getaway. Which ones have you seen? 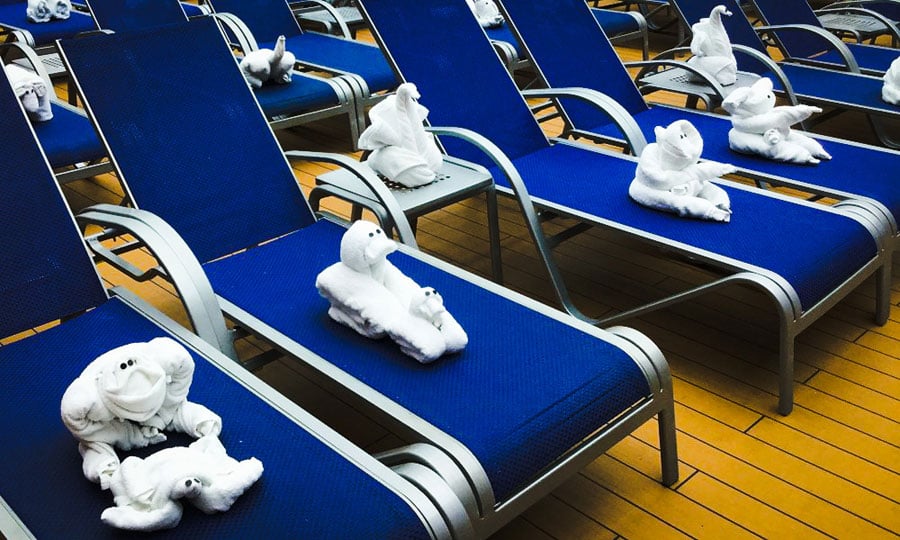 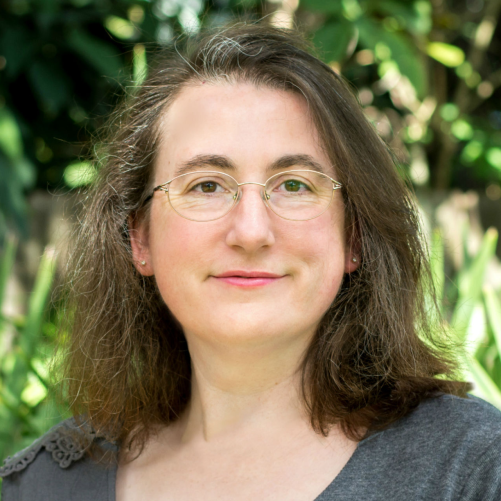 Melissa Mayntz
Avid, enthusiastic cruiser (30 cruises and counting!), having sailed on multiple cruise lines, 20+ different ships in a variety of classes, and visited ports of call in more than 6 countries, including Caribbean, Mexican, Alaskan, and Hawaiian ports. Widely traveled on multiple continents, as well as a professional freelance writer and editor with more than 18 years experience and thousands of articles published. Find out more about us here.