Over the past week Cruise Hive has been announcing the result of this year’s Cruise Ship Awards. We have now arrived at the last category and we’ve saved the best till last! Which Cruise Ship Burger Venue is the best?

According to Cruise Hive readers Guy’s Burger Joint was voted as the best at sea. Guy’s Burger Joint received more votes than any other venue in the category. In a far away second was Johny Rockets which can be found on Royal Caribbean ships.

Joint third were two different venues from Norwegian Cruise Line, they were Margaritaville At Sea and O’Sheehans Bar & Grill. The Dive In Terrace on Holland America Line ships finished the Best burger Venue category in fourth. Celebrity Cruises Bistro On Five was fifth and finally in last place was The Salty Dog Gastro Pub on Princess Cruises.

Guy’s Burger Joint has been a huge success throughout the Carnival Cruise Line fleet. The award-winning venue by Food Network’s Guy Fieri has become one of the biggest highlights onboard. The burger venue where guests can choose their own add-on and toppings was first introduced in 2011. Carnival Liberty was the very first ship in the fleet to get the new FUN 2.0 upgrades which included Guys Burger Joint.

The “Best Burger Venue At Sea” category was by far the most popular with more votes than any other. The 2016 Cruise Ship Awards first started in September 2016 where unlike other online awards, two categories were added each month. Readers were only able to vote once in each category and any double votes were not counted.

We’ll see you soon at a Guy’s Burger Joint at sea! 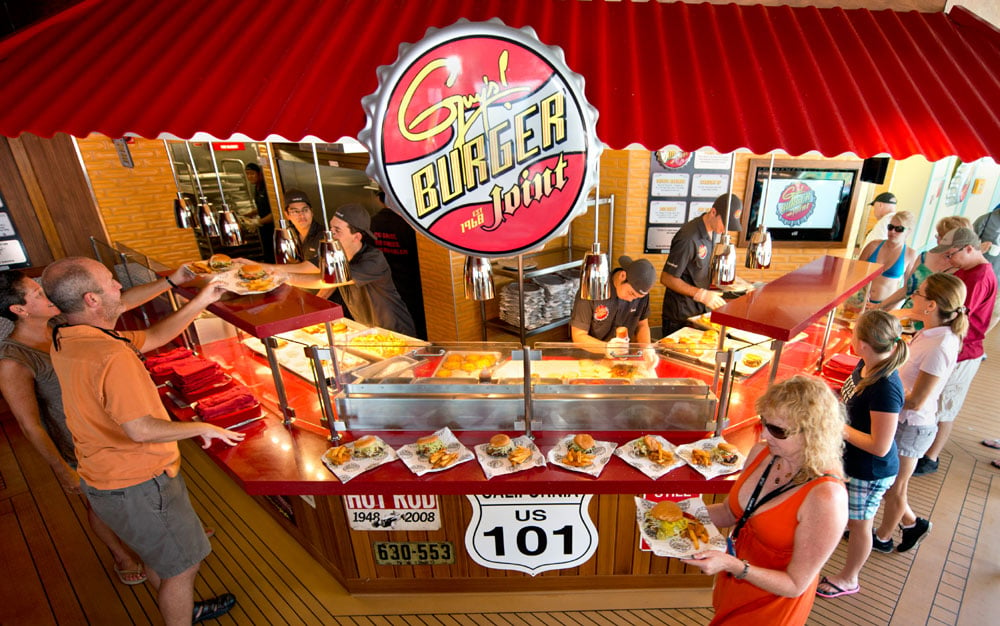