Seems the Carnival Inspiration is Heading to Be Scrapped

Carnival Inspiration is currently heading towards the scrapyard in Turkey after already being stripped of important items and equipment.

Is Carnival Inspiration Being Scrapped?

Even though Carnival Cruise Line has not yet announced anything it’s pretty much confirmed that Carnival Inspiration will become the second ship in the fleet to be scrapped.

Related: Could These Two Carnival Cruise Ships Be Heading to the Scrapyard?

After spending several days docked at the Brion Wharf in Willemstad, Curacao the ship has now departed the southern Caribbean island and her heading is Izmir, Turkey. Just north is the large ship breaking facility at Aliaga, a place which is often the final destination for cruise ships.

According to the Cruise Ship Tracker, her destination is showing Izmir, Turkey which is following in the footsteps of other recent cruise ships that are being scrapped. She’s already been stripped of all the important things at the cargo dock in Curacao which the port recently confirmed.

Carnival Inspiration is following sister ship Carnival Fantasy which has also been sold and scrapped. Carnival Fantasy already departed the Caribbean island and currently heading across the Atlantic to Turkey.

It’s a sad ending for Carnival Inspiration as one of the oldest in the fleet but due to the suspension of cruise operations, it was to be expected. Parent company Carnival Corp already announced that a total of 13 vessels across its cruise brands would be disposed of and nine of them in 90 days.

The ship follows other vessels that have been confirmed to leave Carnival Carp including MS Maasdam, MS Veendam, MS Amsterdam, MS Rotterdam, Oceana, Costa Victoria, and Costa neoRomantica. Carnival Fantasy is also leaving but the cruise line has not yet announced it.

Also Read: Here Are Five Carnival Cruise Ships That Might Be Sold Soon

Carnival Inspiration was delivered to Carnival Cruise Line in 1996 is part of the popular Fantasy-class. She has a gross tonnage of 70,367 and has a guest capacity of 2,697 at double occupancy along with 920 crew members. The ship’s last refurbishment was in 2018 and another dry dock was scheduled for 2021. 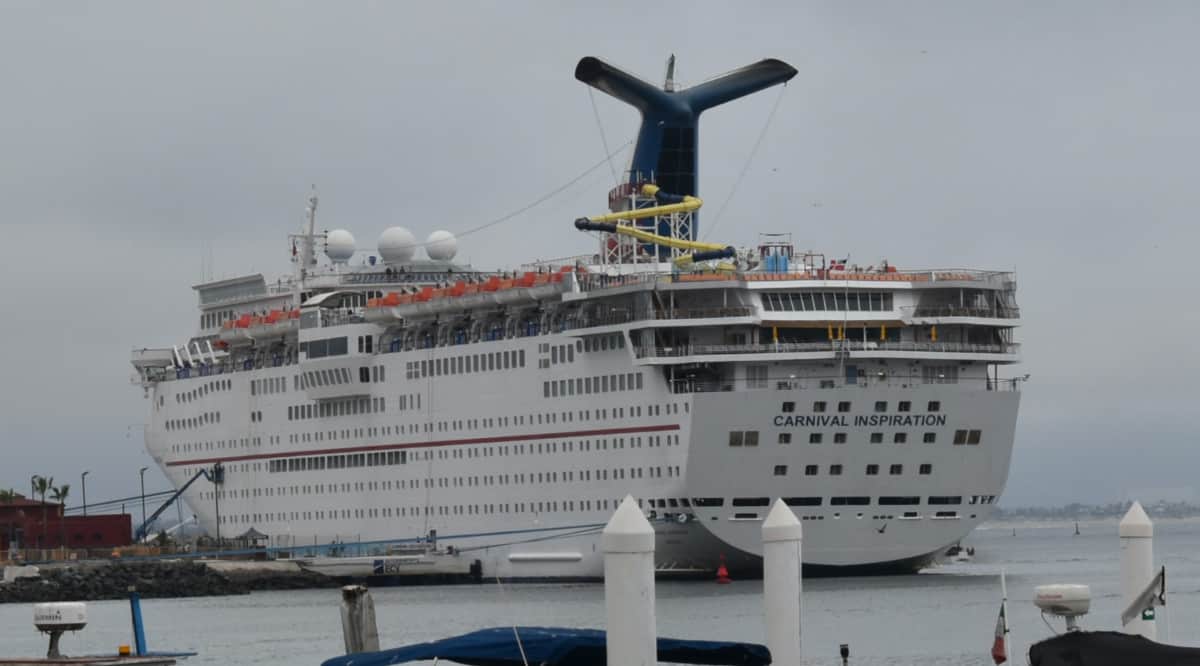