It comes as no surprise that Queen Mary 2 which is operated by Cunard Line has won the “Best Cruise Ship Refurbishment” in 2016.

Queen Mary 2 is one of the great transatlantic ocean liners of our time so of course, the ship had one of the biggest dry dock refurbishments in recent years. In second place in this year’s Cruise Ship Awards by Cruise Hive readers was Carnival Magic’s upgrade back in March 2016. In third was Carnival inspiration and Pride of America was voted in fourth place.

Queen Mary 2 entered the Blohm & Voss shipyard in Hamburg, Germany on May 25 and the refurbishment lasted 25 days. The got new onboard spaces and expansions along with a new fresh look inside and out. Over 1 million man hours had gone into upgrading the ship and millions of pounds were spent by Cunard Line. The ship is 150,000 gross tons and can carry over 2,700 guests at double occupancy.

The Cruise Ship Awards are different from most where we posted new categories each month since September. Readers were only able to vote once per category and any double votes were not counted. We would like to say a big thank you to all who voted and keep an eye open for further results this week. 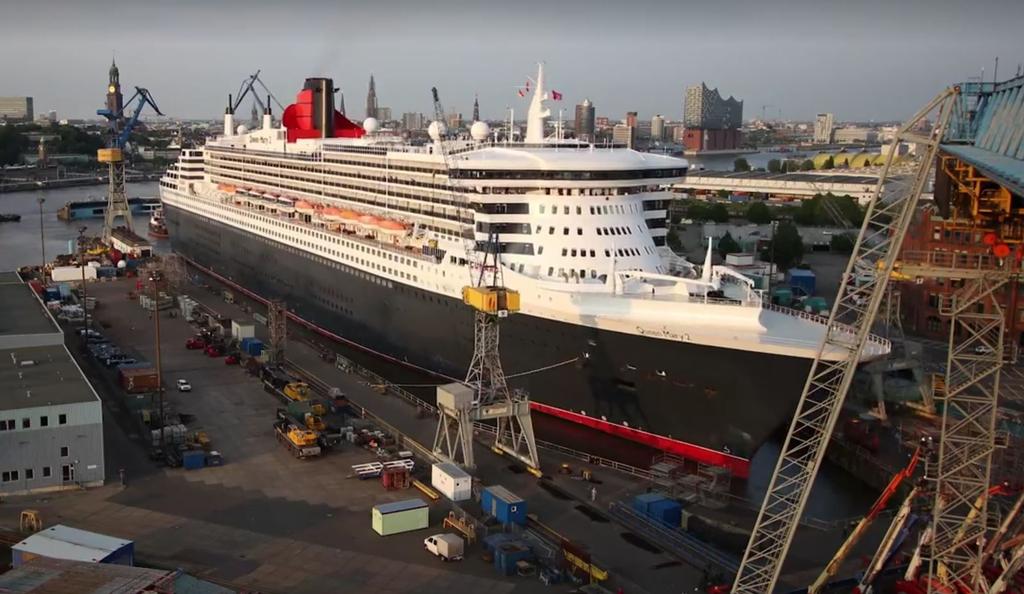