Royal Caribbean’s upcoming cruise ship Harmony of the Seas is voted Most Eagerly Awaited New Ship For 2016. Cruise Hive readers voted for the ship more than any other new ship coming in 2016.

It comes at no surprise the ship received more votes than any other to be delivered in the same year. Harmony of the Seas was up against ms Koningsdam (Holland America Line), Carnival Vista (Carnival Cruise Line), Ovation of the Seas (Royal Caribbean) and Genting Dream (Dream Cruises). Even though there are some fancy new ships to look forward to Harmony of the Seas will the largest in the world and will bring some groundbreaking new features.

ms Koningsdam which is being delivered in April, 2016 came in second place and Carnival Vista which is also being delivered in April came in third. Thousands of Cruise Hive readers voted for all the ships with only one chance. The category was the last to be posted online in this year’s Cruise Ship Awards and is an insight for what’s to come in 2016.

Harmony of the Seas will become the largest cruise ship ever at 227,700 gross tons which is slightly larger than sister ships oasis of the Seas and Allure of the Seas.Just recently Royal Caribbean revealed details of the much-anticipated 10-story high Abyss slide. The slide will be located at the aft and will twists all the way down to the boardwalk neighbourhood.There will be a ton of new features onboard that will keep guests busy all cruise long. Harmony of the Seas will be delivered by STX Europe to the cruise line in May 2016. 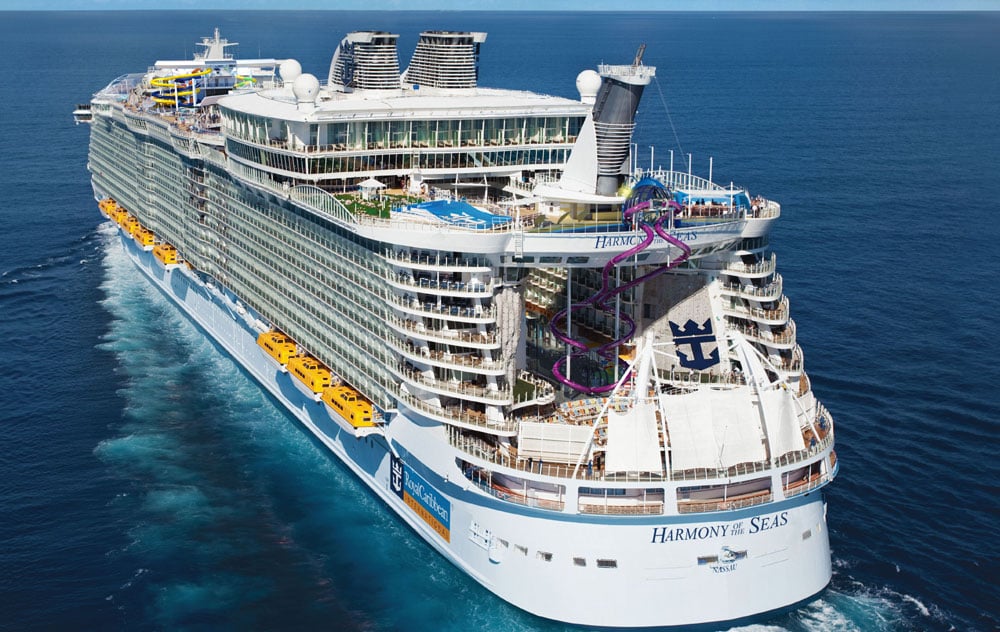