Voting opens on the annual Cruise Ship Awards with new categories as the cruise industry makes a comeback. 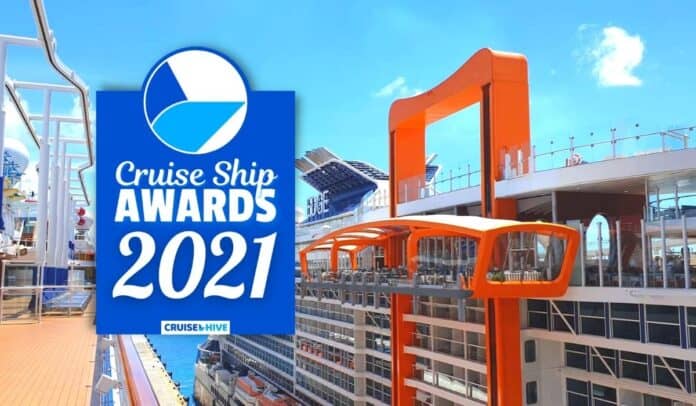 With the cruise industry making a comeback, so are Cruise Hive’s annual Cruise Ship Awards. Voting has opened, and readers can now choose their favorite. This is now the seventh consecutive awards, but voting remains open for a limited time, with the results announced towards the end of the year.

Cruisers don’t just have the return of cruise ships to look forward to, but also the 2021 Cruise Ship Awards. The annual Cruise Hive awards are fully open, where readers can vote once in each of the seven categories. Voting will remain open until towards the end of December, with the results announced before the year’s end.

It follows a tough time for the industry after most cruise lines remained suspended for most of 2020 and at least half of 2021.

However, with many cruise lines now having multiple cruise ships back sailing, including Royal Caribbean, Carnival Cruise Line, Norwegian Cruise Line, and MSC Cruises, it’s now a great time to get voting and begin getting excited about all the stunning destinations and cruise ships.

There’s also a new category where voters can enter their favorite cruise ship so we can find out which cruise ship is ultimately the best in the industry. With cruise line private islands becoming an important part of cruise itineraries, the new Best Cruise Line Private Island & Destination category is also added.

The 2021 Cruise Ship Awards also has the option for voters to add their own choice if it’s not already on the list. This opens the door to cover the entire industry. And if there are any suspicious votes, they will be removed.

For some more insights into the awards, you can also backtrack back to 2014, the year we first started with the awards, which was named The Great Cruise Vote. Over the years, categories have been adjusted to cater to an ever-changing industry, and in the years to come, there are already plans to expand with more categories.

Pilot Error Responsible for Harmony of the Seas Collision in Jamaica