We are sad to post that the crew of Carnival Horizon has lost a fellow team member. It’s never good to hear about something like this and it makes us want to support the hard-working crew and appreciate just how much they do to make an amazing cruise vacation what it is.

An Indian crew member in his 30’s named Ravi Singh Bisht has sadly passed away while onboard the newest ship in the fleet. He leaves behind his wife, mother, father, sister and his brother who also works for the cruise line. Ravi was working in the Culinary Arts department since joining Carnival in 2012.

It isn’t clear what actually happened to him but an anonymous source from onboard Carnival Horizon said it may have been related to a Galley party he attended the night before. He was found the following morning of Grand Turk which was August 11. 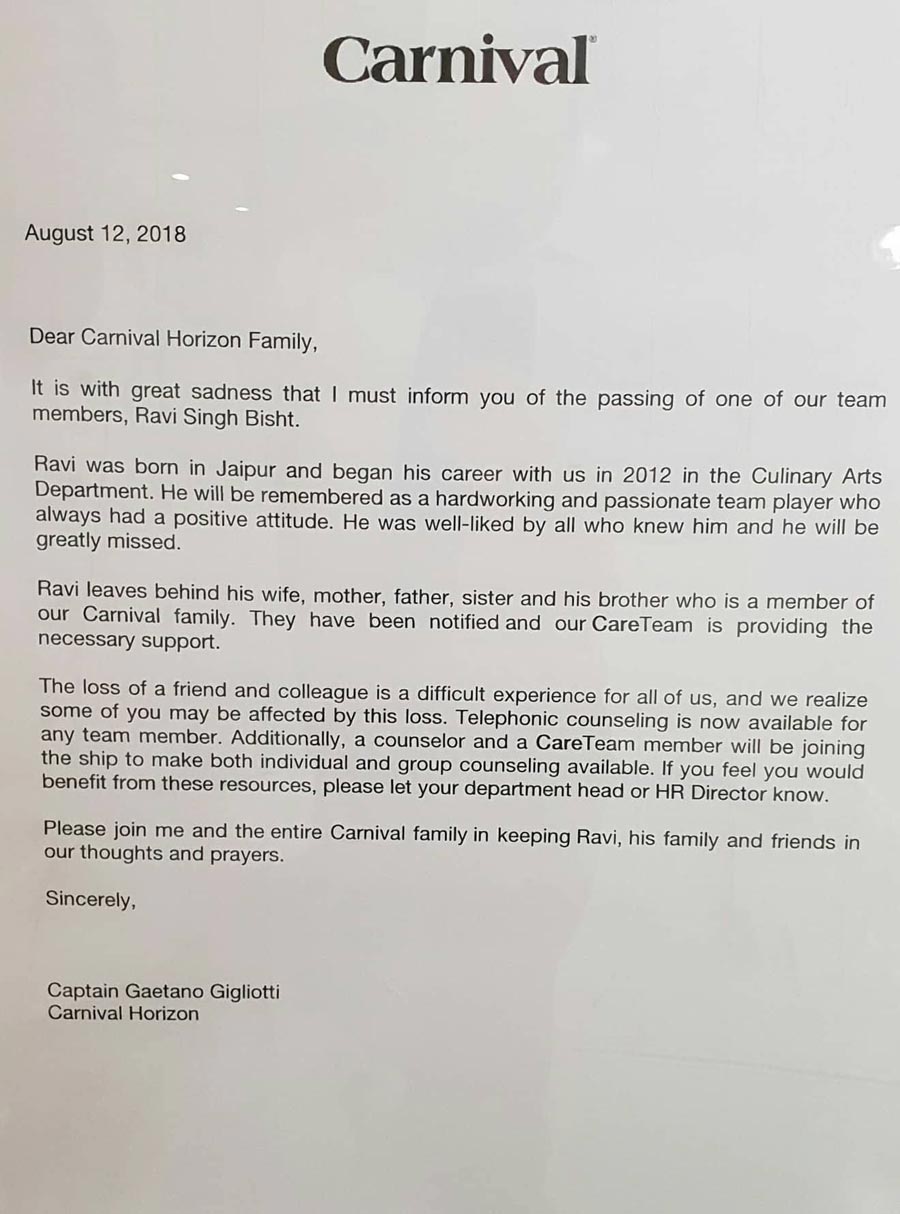 Carnival Horizon was around 2 hours late departing Grand Turk due to the crew member passing away. The delay wasn’t related to the propulsion issues and the skipping of Amber Cove which we posted about right here.

Ravi’s family is being provided care and support by Carnival Cruise Line and no doubt his fellow team members are thinking about it. He’s going to be missed especially in the Galley where he worked well and made friends. Crew members are being provided counseling on the ship if needed.

The Carnival cruise ship is currently sailing an 8-night Eastern Caribbean itinerary which includes calls in Grand Turk in the Turks and Caicos and Amber Cove in the Dominican Republic. There are 1,450 crew members working on the ship and over 60 different nationalities making sure we all have the best vacation ever.