The Carnival Corporation has signed an agreement for two cruise port projects for Carnival Cruise Line and Holland America Line.

Carnival which owns a total of nine cruise brands has signed an agreement with the Bahamas government for two new cruise destination projects. The agreement includes a new port development for Carnival Cruise Line on the Grand Bahama Island and a new pier to be built at the private island destination Half Moon Cay for Holland America Line.

The investment for the Grand Bahama port will be $100 million and for the new pier project another $80 million. Both parties can now move forward with the projects with construction expected to start by mid-2020.

“We are very pleased to announce that Carnival Corporation’s projects in the Bahamas are full speed ahead.”

“These developments and the significant investment in world-class tourism and hospitality operations are such a boon for our initiatives for national prosperity and economic stability.”

The new cruise destination for Carnival Cruise Line on Grand Bahama will be located on the south side and will be in cooperation with the Grand Bahama Port Authority and the Government of the Bahamas. There will be a spectacular beachfront and exciting features along with new job opportunities for the local community. The cruise line will reveal further details about the new development in the future.

This is especially good news as the Grand Bahama island which includes Freeport was devastated in early September by the category 5 Hurricane Dorian. Carnival has been providing urgent supplies and support to the residents of the Bahamas. The new project will help rebuild the economy.

Half Moon Cay which is located on Little San Salvador island will receive its first pier so cruise ships will no longer have to tender during their visits. Other facilities at the private destination will also be upgraded. The island is primarily for Holland America Line but is also used by Carnival Cruise Line.

The current development on the western side covers less than 3% of the 2,400-acre island. The pier will be built on the northern side increasing to just 10% coverage of the island which means the stunning natural beauty shall remain and the focus on the breathtaking beach will still be the focus.

Both new developments will be able to cater for the much larger cruise ships including the new generation liquefied natural gas (LNG) powered Carnival Mardi Gras which joins the Carnival cruise fleet in August 2020. 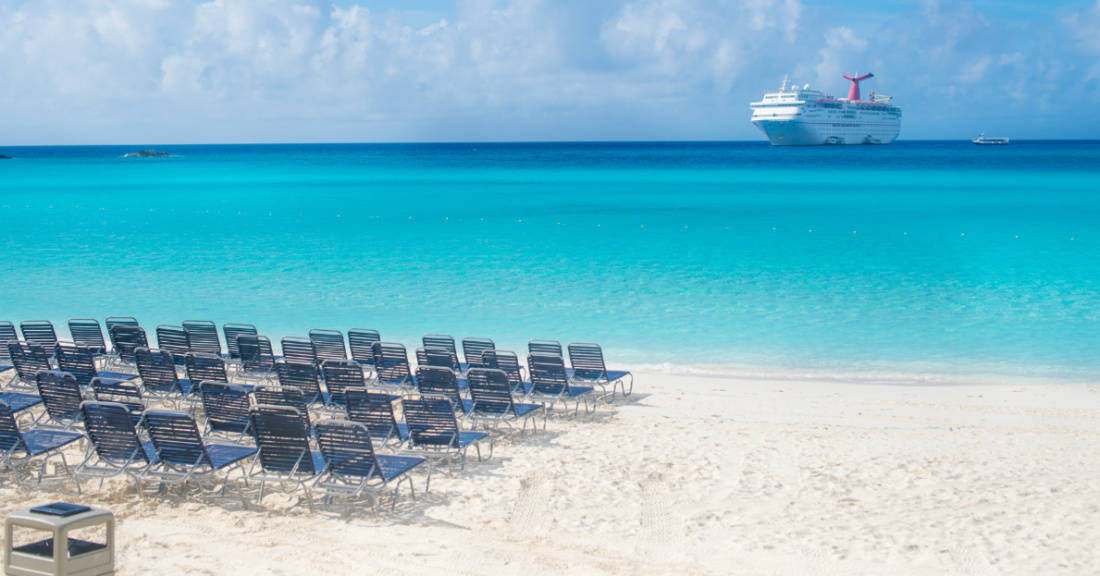