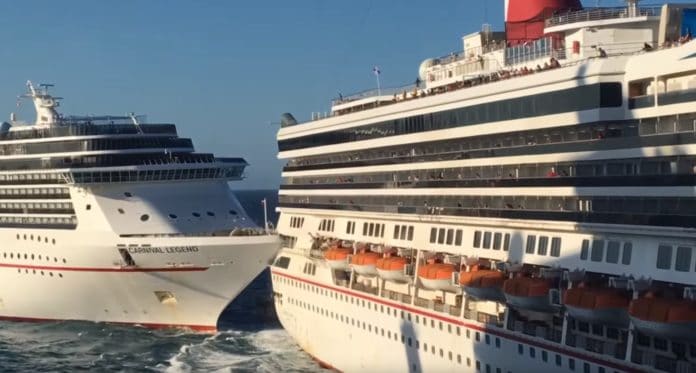 The Carnival Glory and Carnival Legend have collided at the popular western Caribbean cruise port of Cozumel, Mexico.

The Carnival Glory has collided another ship in the fleet, Carnival Legend, on December 20, 2019 during a port of call at Cozumel, Mexico, in the western Caribbean. While the ship was maneuvering in port this morning the aft of the ship crashed into Legend, which was already securely docked.

Warning: Strong language in the video below.

The collision caused extensive damage to Carnival Glory. While maneuvering, the vessel also was very near to striking Royal Caribbean’s Oasis of the Seas, which was also docked nearby at a different pier. The incident was caught on camera by passengers onboard different ships.

Damage was done to the bow of Carnival Legend, which is a Spirit-class vessel, and Carnival Cruise Line has stated that one person has been injured when a group of passengers in Carnival Glory’s Deck 3 and 4 aft dining room were evacuated.

Carnival Cruise Line has released a statement and on social media, the cruise line has confirmed the next scheduled sailings for both ships will go ahead.

We are assessing the damage but there are no issues that impact the seaworthiness of either ship. We have advised guests from both ships to enjoy their day ashore in Cozumel.

This is developing news and we will be updating this post once more is known. Until then guests are being told to enjoy their day in Cozumel and no doubt crews are assessing the damage done. Thankfully, as the damage is above the waterline, both ships remain seaworthy.

This is not the first time two cruise ships from the same cruise line have collided in port. Two Holland America ships hit each other at the Port of Vancouver in May 2019 and in February 2019 two MSC Cruise ships collided at the Port of Buenos Aires. 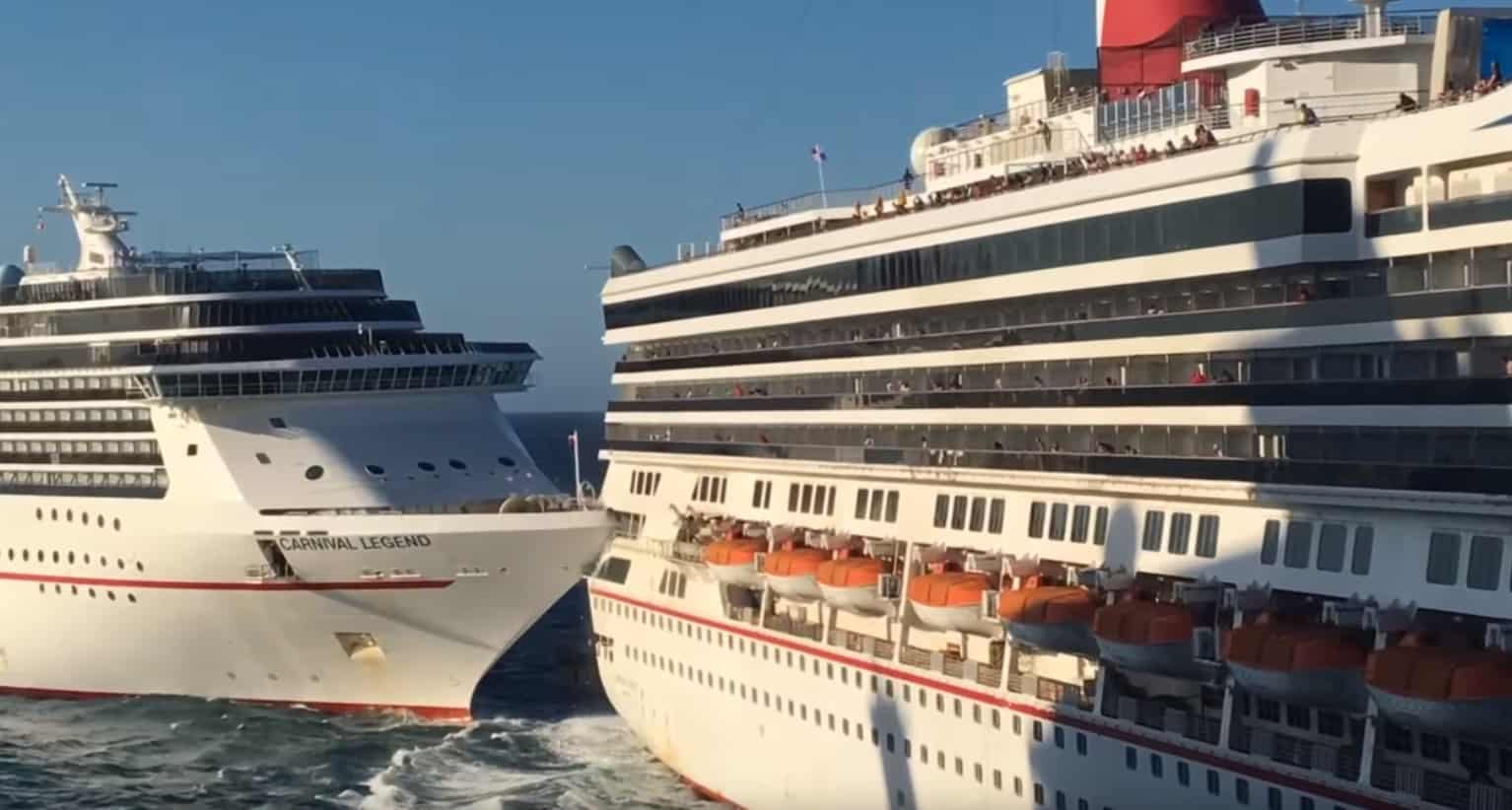