Protests In Norway Over Environmental Damage Caused By Cruise Ships

It's not all smooth sailing at cruise ports in Norway with protests over environmental damage caused by cruise ships.

As the cruise industry ramps up to 100% operational status, protests over the arrival of cruise ships in environmentally important areas are on the increase as well.

Although the industry has been adamant that the environmental damage is decreasing due to the introduction of LNG-powered vessels and the promise to be carbon neutral in 2050, protesters in five Norwegian Ports met cruise ship passengers stating their presence is not wanted.

A campaign group has been meeting arriving cruise ships in five different Norwegian ports to protest against the environmental and social damage the vessels are causing, according to CruiseNOTWelcome.

The group put up thousands of posters in ports popular along the Norwegian Fjords route, such as Flåm, Trondheim, Stavanger, Bergen, and Oslo.

CruiseNOTWelcome hopes to draw attention to what it calls the detrimental impact the cruise industry has on the environment through carbon emissions, but also dumping of grey water, and unverified accounts of throwing rubbish overboard.

The posters had writing on them that stated: “Please go back to your boat and tell all on board that you are parasites. You are NOT welcome in Norway!”  others read, “CRUISE? Just don’t!”

It’s not just the environmental aspect the protestors are campaigning against. The posters state cruise ships are primarily registered in ports of convenience, don’t pay taxes, and the many tourists coming from the ships cause towns to overflow in Norway.

The founder of the campaign group, Bengt Erik Waldow, says the following on his website: “We are tired of the cruise shipowners profiting from spying on our common infrastructure while registering their ships with flags of convenience to avoid taxes on labor on turnover on board while giving workers on board miserable working conditions.”

“We are tired of having to queue in our own cities. We are tired of shipowners’ floating hotels being driven by cheap asphalt-like oil that pollutes the air we breathe and contributes to enormous CO2 emissions.”

While there might be protests, the cruise industry continues to receive a warm welcome from most of the residents of the Nordic country. The sector plays a significant role in the development of the tourism industry in the Norwegian Fjords area in particular. So much so that for this year alone, there are more than 2,950 port calls scheduled in the country.

Norway expects to welcome more than four million cruise passengers this year and onboard more cruise ships than have ever visited the country before.

The government expects a rise in cruise ship calls of around 700 calls over 2019. Much of this has to do with several cruise lines canceling their Baltic cruises due to not being able to visit St. Petersburg.

In 2017, Norway was the busiest cruise country after traditional cruise countries Spain, Italy, the UK, Germany, and France. The total direct cruise expenditure reached 712 million euros in that year alone. A number that will be nearly doubled according to estimates in 2022. According to CLIA, this growth is achieved together with local governments and communities:

Cruise Lines International Association (CLIA): “CLIA and our member lines work closely with communities and local governments in ports and destinations around the world to deliver sustainable tourism.”

“Our ships are greener and more efficient than ever before, as the industry leads the way in the development of new environmental technologies. Cruise lines have committed to a vision of net-zero carbon cruising by 2050.”

With the increase in cruise ship traffic, it comes as no surprise that some would rather see cruise ships disappear entirely, as we saw in Venice last year. However, the cruise industry does create income for residents, suppliers, agents, and the local tourism industry.

Banning ships is not the answer to the problems that CruiseNOTWelcome points out. Regulating traffic while decreasing the environmental impact is. Something the cruise industry has been more than willing to work towards in recent years. 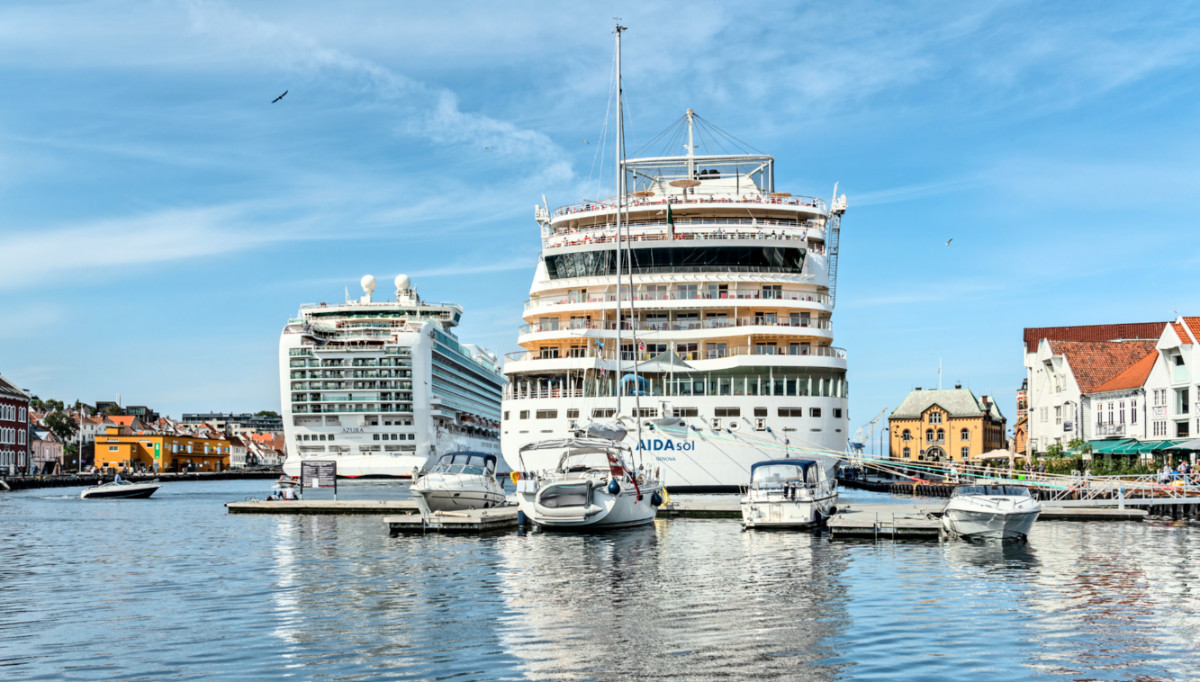