Norwegian Cruise Line Holdings announced the creation of a new “Experiences at Sea” program. The division combines its Sixthman Festivals at Sea subsidiary and its Charters, Meetings, and Incentives division.

There will be a total of 13 back-to-back events over 66 nights organized by the division in the spring of 2023 on board the Norwegian Pearl. These range from a cruise hosted by the Beach Boys and a wrestling charter to a charter for the LGBTQIA+ community.

From Wrestling to Influencers to the LGBTQIA+ Community

The creation of the “Experiences at Sea” division showcases Norwegian Cruise Line Holdings’ commitment to providing a unique and immersive experience for its guests. This year, the new division has 13 back-to-back themed cruises scheduled onboard Norwegian Pearl that will be unforgettable for all who participate.

Anthony Diaz, CEO of Sixthman and SVP of Charters, Meetings, and Incentives for Norwegian Cruise Line Holdings: “We are thrilled to be collaborating with our expansive roster of artists and NCL client partners with a record-breaking 13 back-to-back immersive festival-at-sea cruises aboard Norwegian Pearl, bringing guests from an array of like-minded communities together to experience one-of-a-kind vacations.”

The Norwegian Pearl will host theme cruises ranging from wrestling and comedic internet influencers to the LGBTQIA+ community and musical genres such as rock, Americana, country, pop, electronic dance, and blues.

“Powered by all that the ‘Experiences at Sea’ unit provides, we are committed to going above and beyond to shatter the expectations of what a vacation can be,” said Diaz. “It’s been so rewarding being a part of setting the stage for guests to be able to get away to get together!”

The 13 cruises will take place between January 20, 2023, and March 27, 2023, and will include stops at various Caribbean destinations and the company’s private destinations in the Bahamas and Belize. All voyages will sail from PortMiami, Florida.

Among the highlights are the Rock Boat XXII, hosted by Sister Hazel and featuring over 30 acts; On the Blue, hosted by Justin Hayward of the Moody Blues and featuring classic rock performances; Chris Jericho’s Rock N Wrestling Rager at Sea, featuring the perfect blend of rock and wrestling.

There will also be a Beach Boys Cruise featuring performances by The Beach Boys, The Isley Brothers, and The Temptations. Atlantis, a carefree experience for the gay community based around friendship, camaraderie, and relaxation, will sail between March 17 and 27 to Key West, Cozumel, Harvest Caye, Colon, Cartagena, and Grand Cayman.

Experiences at Sea is also collaborating with Infinity Sports & Events to offer a series of bespoke cruises for the Rugby World Cup games between September 8 and October 16 on Norwegian Epic. These packages will include guaranteed official match tickets to games played in France. 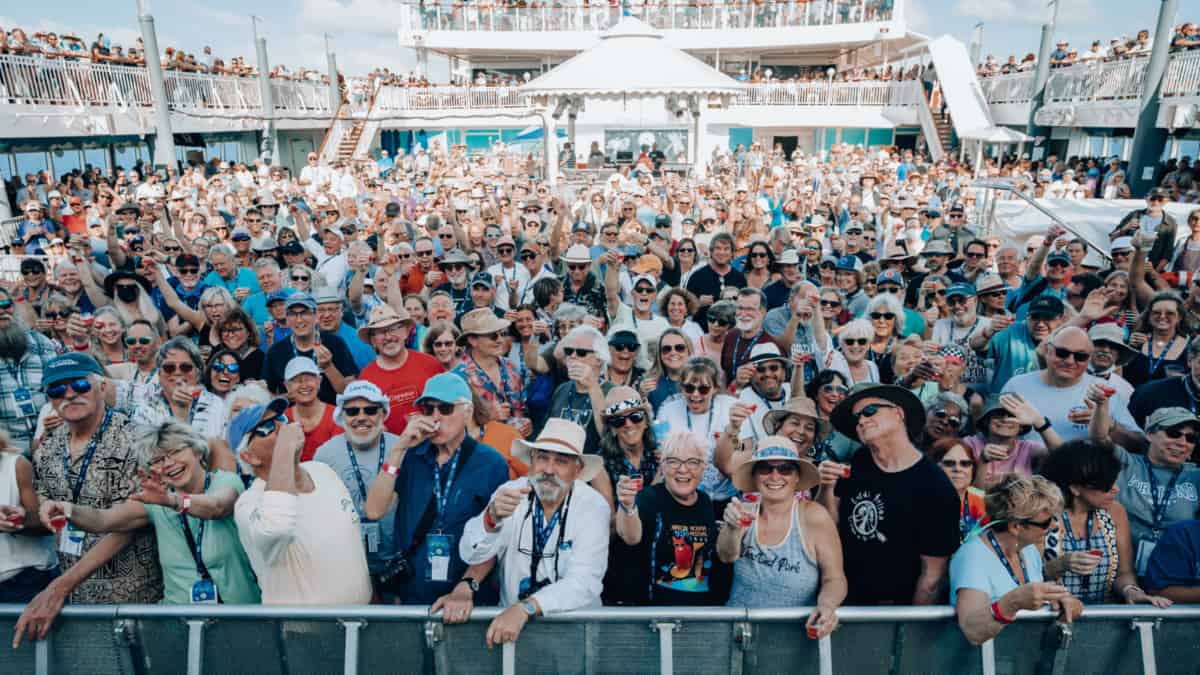