Knut Kloster, a legend in the cruise industry and who co-founded Norwegian Cruise Line has sadly died at the age of 91.

The cruise industry has lost one of its greats, Knus Kloster who passed away today at the age of 91. He co-founded Norwegian Cruise Line (then named Norwegian Caribbean Line) in 1966 along with Carnival Cruise Line founder Ted Arison.

Kolster was born in Oslo, Norway in 1929 and he joined his family business named Kloster Redri in 1959. The business was founded by his father Lauritz Kloster in 1924. Thanks to his partnership with Arison he launched a cruise line which has since become the third-largest in the world.

Kloster who was a visionary kicked off his new cruise line with the 8,666 gross ton Sunward which first sailed for Norwegian Caribbean Line on December 19, 1966, and offering short cruises out of Miami, Florida to the Bahamas.

Once Norway joined the fleet it put Kloster’s cruise line on the map as she was the largest cruise ship in the world at the time. He eventually stepped back from running the business but he had even bigger plans!

In 1983 development began ion the ultimate cruise ship! It was the World City Phoenix that was to be a mind-blowing 250,000 gross tons, just unprecedented in those days. The innovative cruise ship was to have a passenger capacity of 5,200, 1,850 crew members, and 2,600 cabins.

Unfortunately, the ship never got past the design stage due to being too complex for her time and a number of feasibility reasons.

Kloster has been involved in many projects over the years including the founding of Norwegian Cruise Line’s current private island of Great Stirrup Caye in the Bahamas. It was purchased from Belcher Oil Company in 1977 and in fact the first cruise line to have a private island, another one of Kloster’s innovative decisions.

He truly will be missed across the cruise industry and we thank him for making what the industry is today. Thanks to all the new ship features, ideas, creativity, and more. RIP. 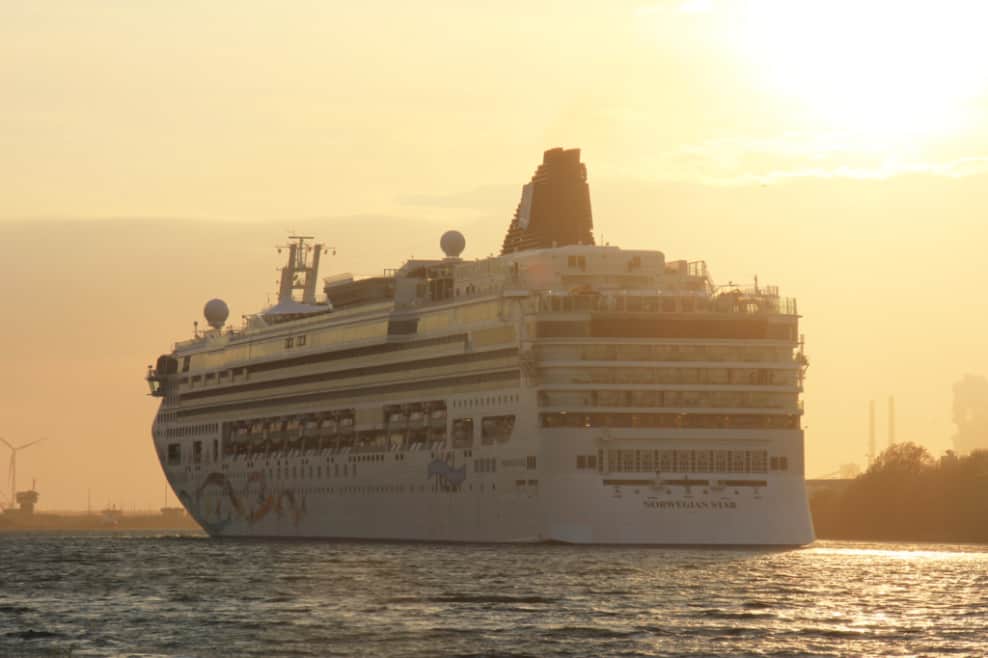