For the first time Cruise Hive ran its “Great Cruise Vote 2014” and it’s not like any other cruise poll out there. The poll has been on going all year-long and has received several thousand votes.

2014 has just about come to an end and its now time to let the world know what Cruise Hive readers decided. Take a look at the categories below including the final results.

With the rising popularity of the German ship building company it’s no surprise that Meyer Werft got the top spot. The company has many new cruise ship orders in the next few years from all the major cruise lines in the industry.

Oasis of the Seas was the first built-in its class and was delivered to Royal Caribbean in 2009 and still in 2014 it is the most innovative and largest cruise ship in the world.

Best Day On A Cruise Ship

So Cruise Hive readers have let us know that their best day on a cruise ship is a day at sea. The cruise ship is the main reason for booking a cruise along with the ships ports of calls so guests will always have more time to enjoy the onboard features on a sea day than any other day. Also on sea days all the ships public spaces are usually open.

Southampton has always been well-known for being a cruise hub in Europe and some of the largest cruise lines in the worlds use it as their home port including P&O Cruises and the historic Cunard Line.

Other best European cruise ports included in the category were Barcelona (Spain) with 33.33%, Civitavecchia (Italy) with 16.67% votes, Hamburg (Germany) with 8.33% votes and Amsterdam (Netherlands) with 0% votes.

Fort Lauderdale has become one of the busiest cruise ports in the world along with its local neighbor Miami. The port Everglades caters to large cruise ships can handle multiple ships in one day. it is surprising though that Port Miami didn’t win this category so readers please let us know why you chose Fort Lauderdale!

there was no competition in this poll with readers choosing the North Star on Royal Caribbean’s Quantum of the Seas as the best innovation. The North is the only one of its kind on a cruise ship until sister ship Anthem of the Seas is delivered in 2015.

Other best recent innovations in the category included the SeaWalk (Royal Princess) with 25% votes, The Plank (Norwegian Getaway) with 8.33% votes and Vertigo waterside (MSC Cruises) with 8.33% votes.

The category was equal for most of the year but then towards the end Cruise Hive readers chose Watching All The Shows as the best onboard activity. The shows can be the highlight of the evening on most cruise ships and sometime passengers only stay up so late so they can watch the shows.

Other best onboard activity included in the category were Getting Some Sun with 25% votes, Entertainment Staff Activity with 12.50% votes, Spa Treatment with 6.25% votes, Swimming Pool with 6.25% votes, Drinking At The Bar with 6.25% Votes. Tax & Duty Free Shopping, Playing Games, Bingo and Staying In The Cabin all received 0% votes. 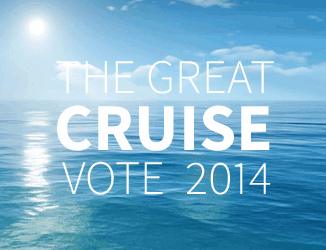 Hull Artwork which are usually painted on the ship’s bow have become more popular recently thanks to the creative artwork from famous artists Peter max which can be seen on the Norwegian Breakaway. Now more recently the entire P&O Cruises fleet is getting a new Union jack livery on all of its ship bows.

Cunard Line totally rocked this category and that might have been helped due to its iconic history. The cruise line also has famous vessel like the Queen Mary 2 which was the largest cruise ship in the world when first delivered to the British cruise line.

Other choices in the category included P&O Cruises with 14.29% votes, Thomson Cruises with 0% and Fred Olsen Cruise Lines also with 0% votes.

We have joint winners for the first time with the ever popular Chops Grille on Royal Caribbean ships and Carnival Cruise Lines Guys Burger Joint which was added across the fleet as part of the FUN 2.0 upgrade. Both dining venues are American favourites and if most of our readers were from Italy then the results may have been very different!

Royal Caribbean has come out on top of this category with the cruise lines Labadee private island resort winning. It’s located on northern coast of Haiti and can boast plenty of watersports and activities for cruise passengers to enjoy.

Cruise Hive would like to say a big thank you for those who took the time to cast a vote. Readers will have the chance to vote again once we start our new poll in 2015. 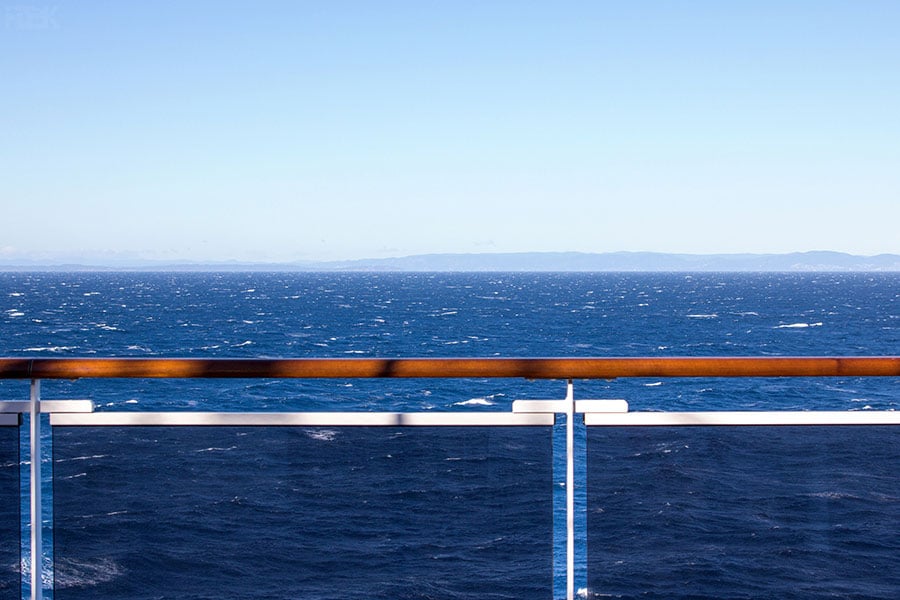