Two more cruise Caribbean cruise ports are currently under construction, the Port Cabo Rojo and Samana Bayport, both in the Dominican Republic. 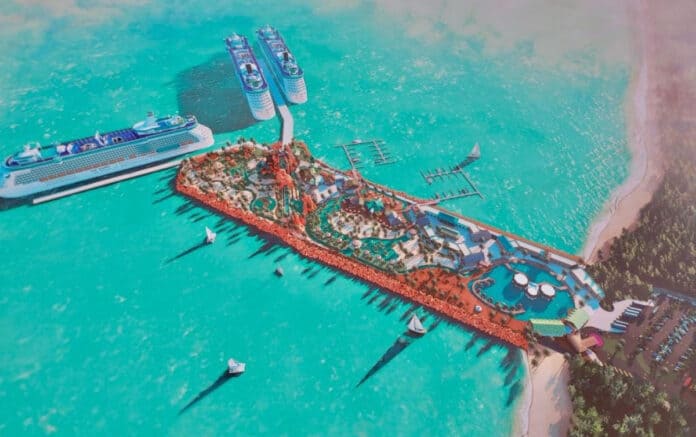 Set to open towards the end of 2023, the new cruise port is a $126 million project that will have space for four cruise ships at any one time and is filled with activities close by, while the area itself is one of the top destinations on the island.

At the same time, the country is investing in the Samana cruise port, which could bring back ships from Norwegian Cruise Line and Royal Caribbean. Executives from both cruise lines recently attended the groundbreaking ceremony.

In a bid to become the biggest cruise destination in the Caribbean, the Dominican Republic is investing heavily in its cruise infrastructure. The country already hosts some of the busiest cruise ports in the area, including Amber Cove, Puerto Plata, Isla Catalina, La Romana, Punta Cana, and the capital of Santo Domingo.

“We have had a great boom in cruise ships and we intend to continue expanding, we are talking about having a projection of going from three to six terminals. Cases like Cabo Rojo in Pedernales, with the new terminal, Barahona; a province where it has always dreamed of receiving cruise ships and we are already working on a plan, as well as in Samaná and Arroyo Barril, which will be carried out through Public Private Partnerships”, said Port Authority executive director Jean Luis Rodríguez.

The area will have four berths, entertainment, shopping, a spa, a beach area, and a water park. Set to be complete by the end of 2023, it will make the port one of the more prominent players in the Caribbean.

The plans for building the port at Cabo Rojo are not surprising. The area is one of the most beautiful in the Dominican Republic and is famous for its stretched-out white sand beaches and wildlife; its turquoise waters are also home to some of the Caribbean Sea’s best-preserved coral reefs.

While construction here began last month, the Dominican Republic is also expanding its cruise ship operations in the Samaná Bayport.

Already a popular stopover port for Costa Cruises and AIDA Cruises, the groundbreaking ceremony for a new terminal building, restaurants, retail shops, piers for water transport and excursions, marina, information center, and recreation areas were attended to by officials from Norwegian Cruise Line and Royal Caribbean.

It makes clear the intense interest of the cruise industry to expand to new and newly developed destinations. The port, which will be completed in late 2023 or early 2024, will have space for one vessel at a new floating pier and several anchorage positions.

Situated at the island’s Northern coastline, Samana is ideally located for cruises that visit the eastern Caribbean but also sailing from New York, Boston, and other homeports on the easter seaboard.

The area is particularly popular because it is one of the best places in the world to watch Humpback whales which use the site each year for mating and giving birth.

Between the two ports, the Dominican Republic expects to welcome more than 20,000 passengers per day more than what it is capable of handling currently.