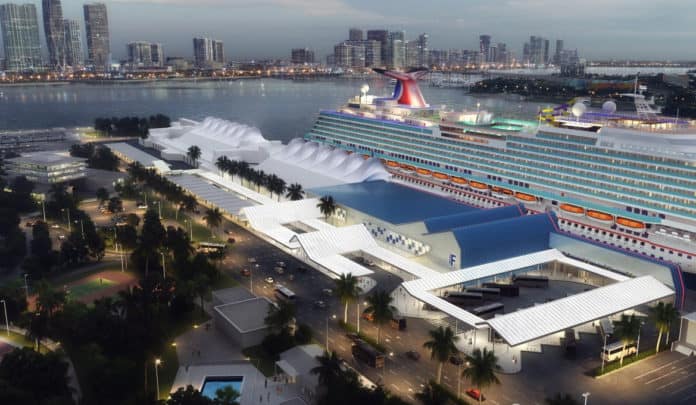 Carnival Cruise Line has been approved for a major Terminal F expansion at PortMiami, Florida, to cater for the new mega-ship which arrives in 2022.

The Miami-Dade County Commission has prooved plans for a huge expansion on Carnival Cruise Line’s terminal Facility at PortMiami. This means the terminal will be able to cater to the new generation of Excel-class mega-ships from the cruise line such as Mardi Gras which debuts from the nearby Port Canaveral in October 2021.

With the new expansion given the go-ahead it means Carnival will be able to homeport Mardi Gras’ sister 180,000 gross ton vessel at Miami in 2022.

“With today’s approval, we will move quickly on a plan to remodel and expand Terminal F so that it will accommodate the most innovative class of ship to join our fleet”

“Over the last several months, we have had very constructive discussions with PortMiami and Miami-Dade leaders about our plans for Miami and our goal to enhance and grow our capacity and operations in our hometown. Everyone is very excited about Miami being home to our next liquefied natural gas (LNG) ship in North America and the sister ship to Mardi Gras, which arrives next August and is generating tremendous enthusiasm. Today’s vote assures that the new ship and terminal expansion will both arrive in time for Carnival’s 50th anniversary in 2022.”

When completed, Terminal F will be the third cruise terminal at PortMiami dedicated to Carnival operations. The agreement includes a commitment by Carnival to keep ships at Terminal F for 20 years, with the option of two additional seven-year extensions. The building will become Carnival’s largest terminal in North America once completed by October 2022.

New facial recognition technologies will be used to make sure guest have a smooth embarkation process. Berenblum Busch Architects have designed the expanded terminal with plenty of open spaces and a modern look.

Terminal F will follow in the evolving views of PortMiami. Royal Caribbean has already opened it’s ultra-sleek terminal to cater for the oasis-class vessel, NCL is currently constructing a new futuristic terminal and Virgin Voyages is also developing a new facility too. Even the fast-growing MSC Cruises has just been given approval for a two-berth modern cruise terminal at the port too.

Further details about the new look terminal will be revealed in the future so do keep checking Cruise Hive for all the latest. 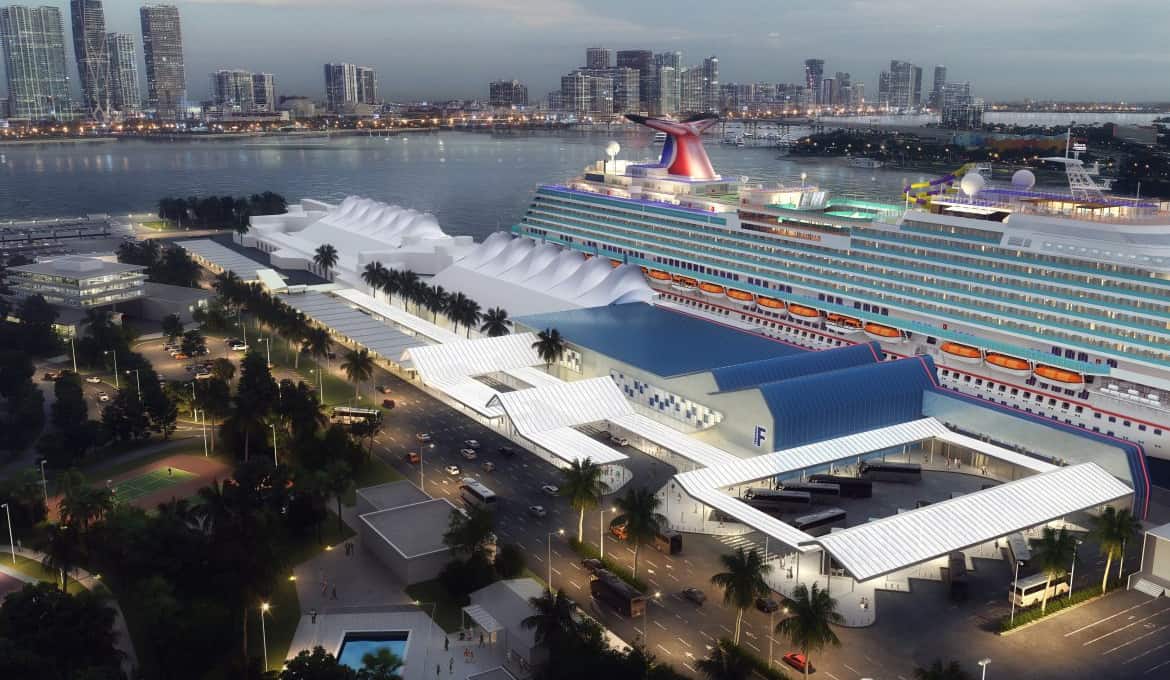