Carnival Imagination has become the third Carnival cruise ship to be beached in Turkey and will now be scrapped.

Carnival Imagination has been beached at the Aliaga ship breaking facility in Turkey and marking the end of life for the Fantasy-class cruise ship. The vessel was beached with limited crew onboard on Wednesday morning and is now sitting right next to the Carnival Fantasy.

The ship had spent the previous day anchored just off the coast to prepare for the beaching and the majority of the crew had already been transferred off. She had just completed her final journey from the Caribbean to Turkey.

Carnival Imagination has already been stripped of anything important when she was docked in Curacao in August. During that time it was rumored the ship was being scrapped and that was confirmed when the Cruise Ship Tracker showed her next destination as Izmir, Turkey which is where the scrapping takes place.

In the coming weeks and months, chunk by chunk the vessel will be scrapped and the materials recycled just like her sister ships. The work will begin from the bow and workers will make their way cutting the ship up.

Carnival Imagination has joined the Carnival Fantasy, Carnival Inspiration, the former Monarch of the Seas and Sovereign of the Seas that are all already being scrapped at the facility. It’s a very sad view indeed for ships with so much history and memories.

This comes as parent company Carnival Corporation just announced that a further five cruise ships across its nine brands will be disposed of. This brings a total of 18 cruise ships that are being let go by the company and some have already been offloaded including the three Fantasy-class ships at Aliaga.

With the Fantasy-class vessels showing their age we could see further ships from the fleet be scrapped and all eyes are on the Carnival Fascination, currently rusting up in Cadiz, Spain. The company needs to offload vessels to lower expenditure and make cash to rise out these unprecedented times.

Carnival Imagination was made her debut in 1995 and before the suspension of operations, the vessel was operating on the U.S. west coast. She’s 70,367 gross tons with a guest capacity of over 2,000 at double occupancy along with 920 crew members. 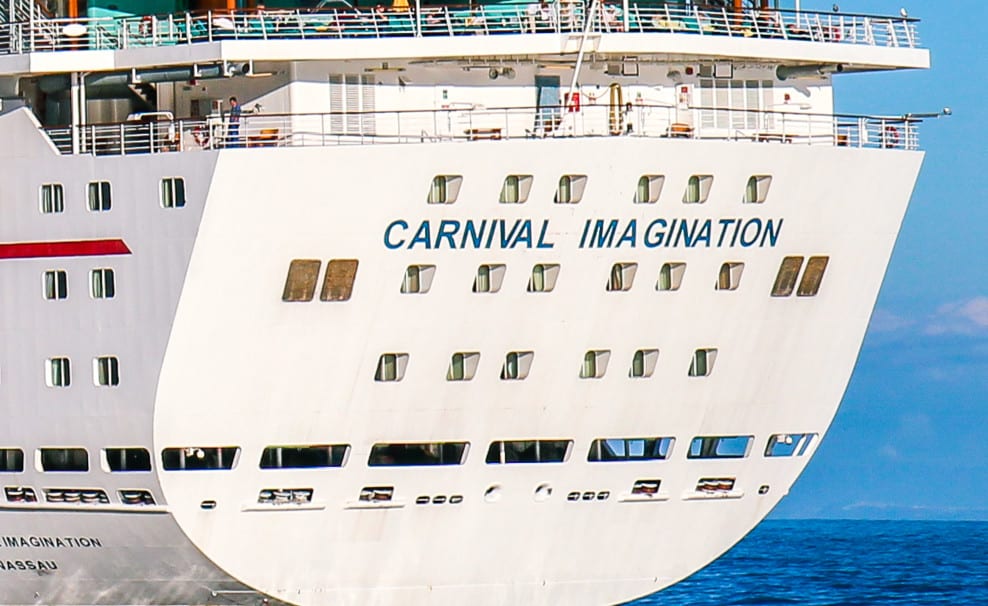