The new 208,000 gross ton Dream Cruises ship will be delayed for one year along with the lay-up of the majority of the fleet.
Read more
Cruise News

The Fantasy-class cruise ship has been beached ready for scrapping at the ship-breaking facility in Aliaga, Turkey.
Read more

Cruise Hive is very sad to report that a young girl has drowned in a swimming pool onboard a Norwegian Cruise Line ship.

A 10-year-old girl has drowned while cruising onboard the Norwegian Gem Sunday afternoon, May 17th. According to reports the girl was found unresponsive and the ships medical staff were unable to revive her after giving urgent CPR. At the time the young passenger was on the vessels pool deck.

At the time of the tragedy the Norwegian Gem was about 75 miles from Myrtle Beach, South Carolina on the United States east coast. Norwegian Gem was sailing a 7-day Bahamas and Florida cruise that departed New York on May 16th. After the tragedy the 91,740 gross ton ship arrived at Port Canaveral on Monday. The ship will be back in New York on May 23rd.

Yet again this does bring up the question of having lifeguards onboard cruise ships. At the moment the only cruise line to feature lifeguards is Disney Cruise Line. In January this year a 4-year-old boy almost drowned on the world largest class cruise ship, Oasis of the Seas. In 2014 and 2013 there were several tragedies involving small kids and onboard swimming pools. Should cruise lines invest in onboard lifeguards? We would like to know what you think in the comments below.

Our thoughts are with the young girls family at this time. it’s something we never hope to report on in the future. 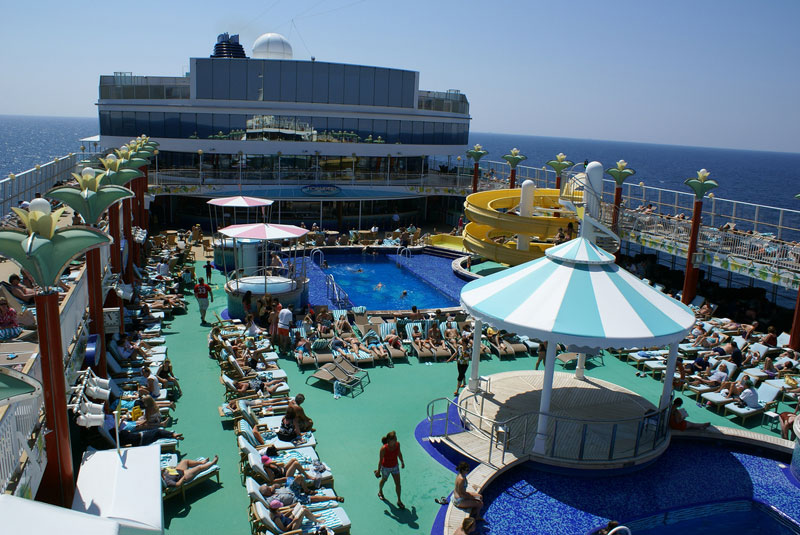