You Wouldn’t Believe What This Cruise Ship Passenger Did!

This video has been around for several months now but we just couldn’t resist posting it on Cruise Hive because what this cruise passenger does is totally shocking and stupid.

The male passenger was cruising on the Carnival Glory which is operated by Miami based Carnival Cruise Lines. The day he jumped overboard was when the ship called at Grand Turk in the Turks and Caicos Islands.

According to the YouTube video, this is what the passenger who jumped says:

“the jump took place on the Grand Turk Islands. The jump was roughly 50 to 60 feet. And I went underwater maybe 20 feet or so. It was maybe a 15 minute swim to shore. I was then escorted by the local police back to the crew ship. Where they then brought me into a small room and told me that I was going to have to disembark the ship immediately. They kicked me off and I had to spend a couple of days on the island. They then flew me home the next day.”

The man seems to have enjoyed the jump while swimming to the beach near where the Carnival Glory was docked. Is it really worth cutting a cruise short by pumping into the ocean?

Well, the passenger might have lost the rest of his cruise but what he got afterward was media attention and possibly a load of money. We wouldn’t recommend any passenger doing this even if the ship is in port. 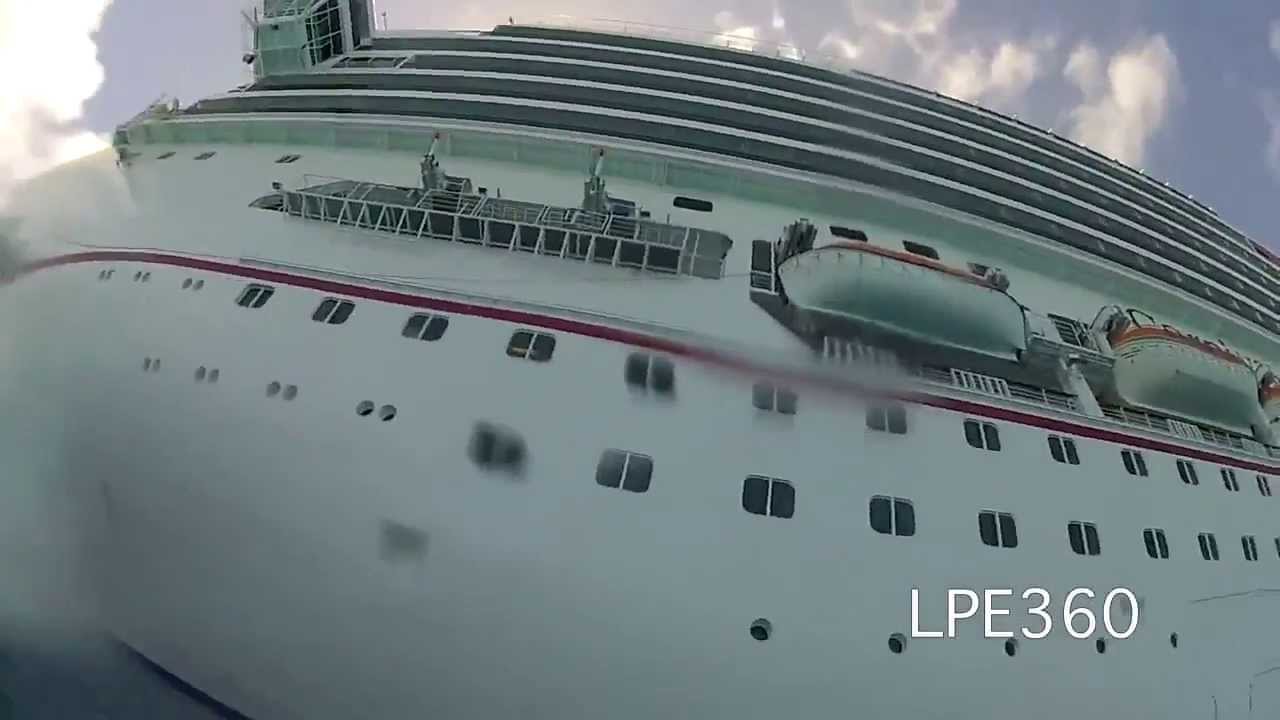