The world’s largest cruise has floated out of its construction yard for the very first time and has touched water.

Harmony of the Seas will be the world’s largest cruise ship and is currently being constructed at the STX shipyard in St Nazaire, France. A major milestone has been made with the huge vessel being floated out onto the water in South France for the very first time. It didn’t last long as the ship was then helped back to the shipyard by several tug boats.

You can watch harmony of the Seas being taken back into the shipyard below:

This is just one step of many still to come, sea trials are expected around February 2016 along with interior fittings. Until then Royal Caribbean which will operated the ship will reveal more details the closer it gets to sailing. Harmony of the Seas will be slightly larger than sister ships oasis of the Seas and Allure of the Seas at 227,000 gross tons. The vessel will carry around 6,300 passengers once it makes its debut sailing from Barcelona Spain in April 2016. 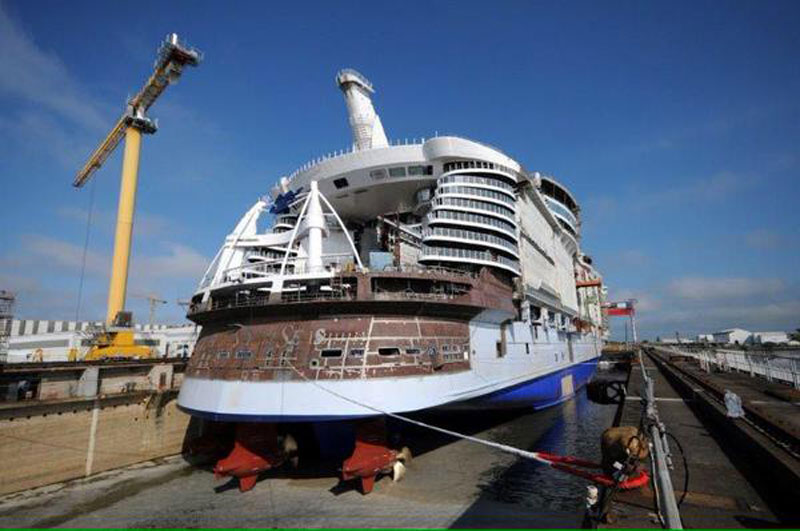