Norway is planning to build a large tunnel which will allow not just cruise ships but all kinds of vessels to sail through.

Construction on the world’s first full-scale ship tunnel could begin in 2019 as long as all goes to plan. The Stad Ship Tunnel will allow ships to safely navigate through instead of being hit by the harsh weather conditions on the Stadhavet Sea on Norway’s coast. The tunnel will be able to cater for all kinds of vessels including smaller cruise ships.

The bad weather conditions along the coast can last from 45 to 106 days and even on less active day ships can still struggle to cope. The area will have high winds along with strong currents and waves. The tunnel will ensure the safety of guests and crew when passing through Stad.

The Norwegian Coastal Administration has put together a video rendering of what the tunnel could look like once complete:

At the moment the project is in the feasibility stage and will move to the next phase in 2017. if the development is given the green light construction could begin in early 2019 and will be the only tunnel of its kind in the world. The tunnel will be 1,700 metres long, 36 metres wide and take around 3-4 years to be completed. 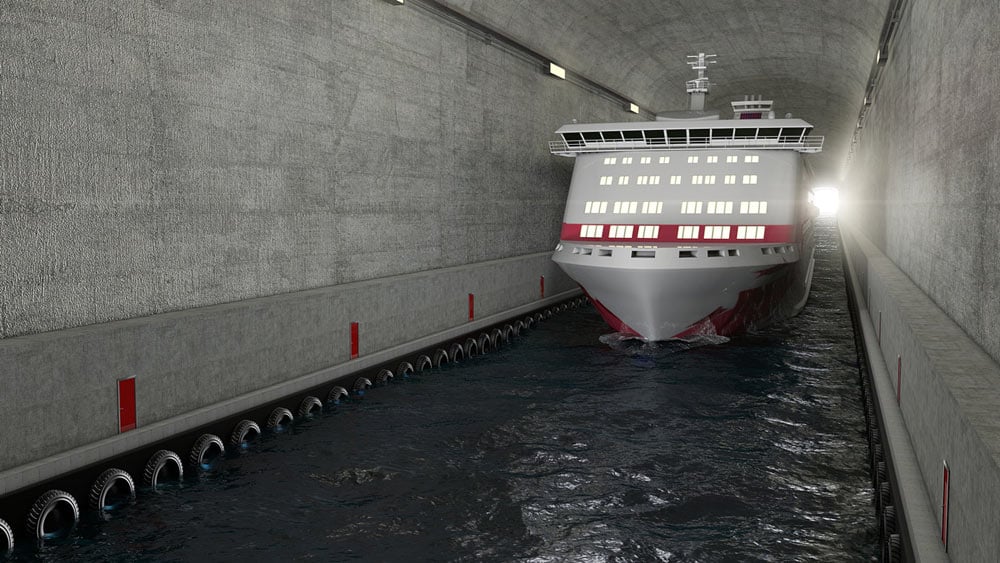