Harmony of the Seas has started the first set of Sea Trials just off the west coast of France. The world’s largest cruise ship is currently under construction in Saint-Nazaire, France at the STX shipyard.

As part of the construction process, the ship is undergoing sea trials to make sure the vessel doesn’t have any issues at sea while in service. During this month’s sea trials the 500 workers onboard will assess the ship’s propulsion, maneuvering procedures, and power facilities. Sea Trials are a major construction milestone and one of the final hurdles to pass before being delivered to the cruise line.

A ship as large as Harmony of the Seas will be more complicated as usual. The Oasis-class ship will go through more sea trials in April just weeks before entering service.

The world is getting excited about the world’s largest cruise ship, In May the 227,000 gross ton vessel will begin a series of sailings from Southampton, UK. The ship will begin its inaugural season sailing the Mediterranean from Barcelona and then once the summer season is over Harmony of the Seas will head over to Florida for Caribbean cruises out of Fort Lauderdale.

The biggest ship ever constructed will carry almost 5,500 passengers at full capacity and will feature the very best Royal Caribbean has to offer. The tallest slide at sea, robotic bartenders and a whole lot more can be experienced onboard.

You can also enjoy this 4-minute long video where you can really see just how huge this ship is. 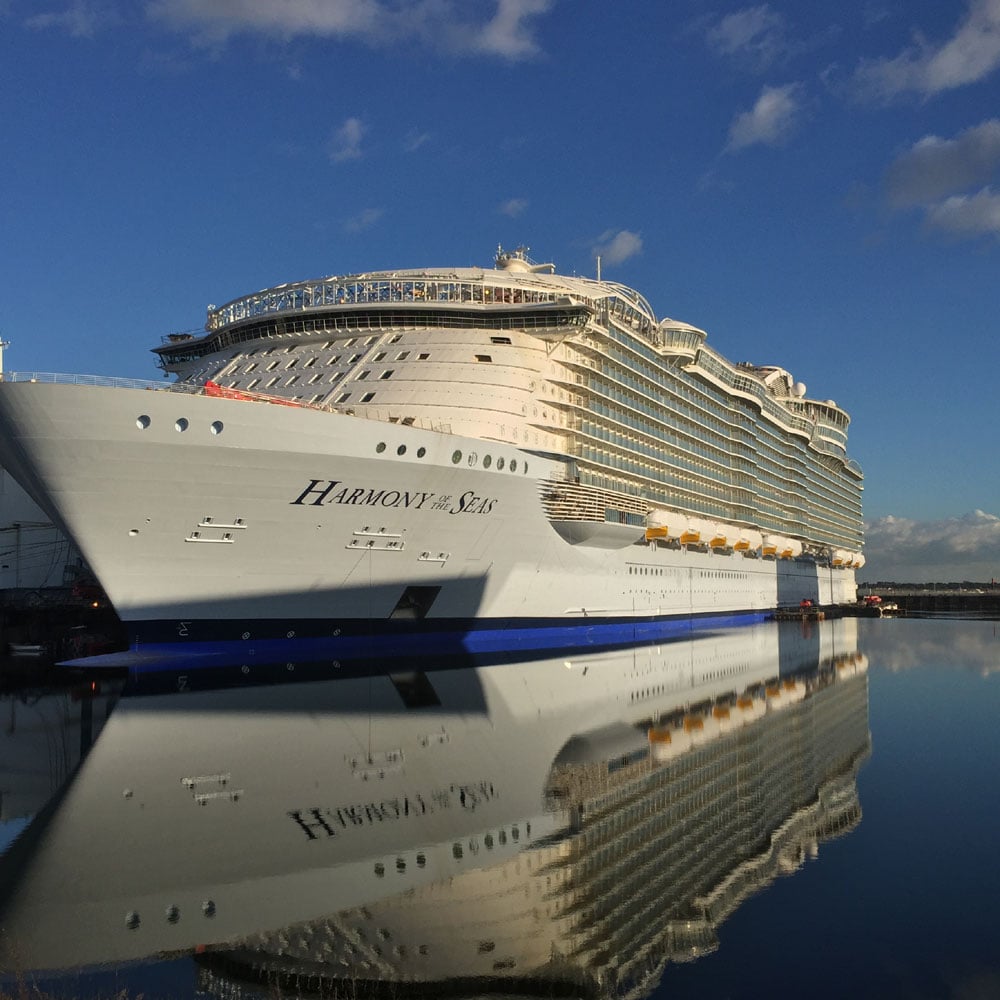