Dream Cruises has officially welcomed its newest cruise ship in Hong Kong. It has been purpose-built for the Asian market.

Worl Dream which has bee purpose-built for the Asian cruise market has officially entered service. Dream Cruises celebrated the new luxury cruise ship at a grand christening ceremony in Hong Kong. The ceremony took place at the modern Kai Tak cruise terminal where the traditional champagne breaking against the hull took place. The event was attended by the ship’s godmother Puan Sri Cecilia Lim and more than a thousand guests.

“Now, with Genting Dreams’ arrival in the Pearl River Delta a year ago, she has delivered over 300,000 international passenger trips from across the region. Hundreds of jobs have been created and tourism receipts in hotels, airlines and destination management industries for the Pearl River Delta have grown significantly.”

Word Dream is a purpose built luxury cruise for the Asian market. The ship joins Genting Dream which entered service in 2016. World Dream was built at the popular Meyer Werft shipyard in Papenburg, Germany and is 151,100 gross tons carrying 3,400 guests.

Now that the ship has arrived in China from the shipyard in Germany it will alternate with 6-day cruises. One itinerary will include calls in Manila and Boracay in the Philippines and the other itinerary to Ho Chi Minh and Nha Trang in Vietnam. 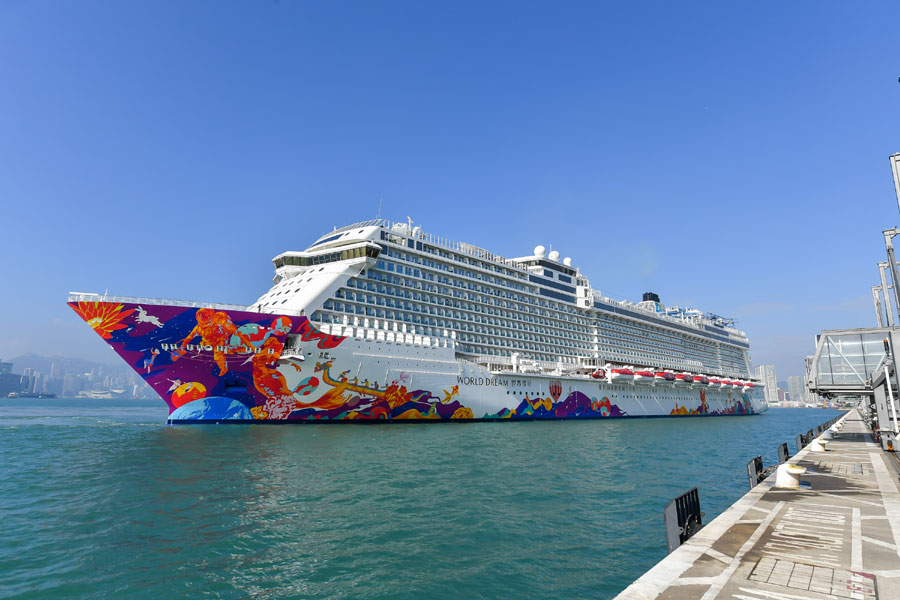