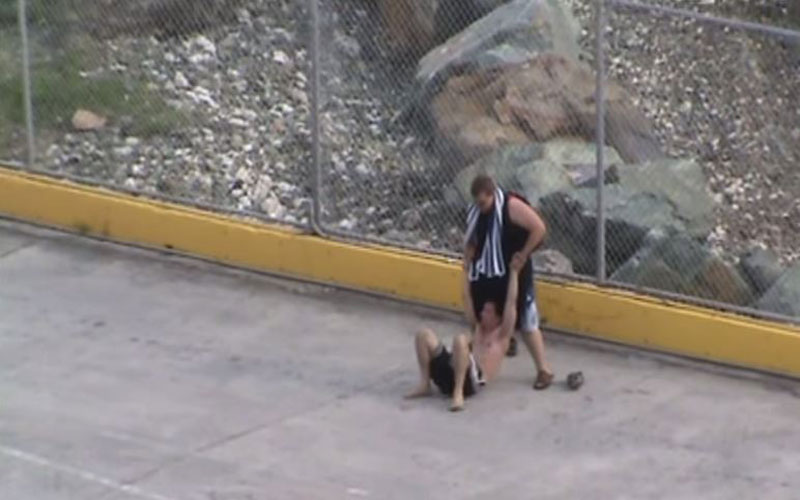 OK, so we all like to enjoy ourselves while cruising and some like to enjoy it by drinking in the ports of call. Well as you can see from this video one passenger totally goes over the top.

The passenger in question is a young male who was cruising on Norwegian Jewel back in 2011. The video has already received over 55,000 views and is a good way to warn cruisers about getting too drunk in port. The footage was filmed from the Carnival Victory while it was docked in St Thomas, U.S. Virgin Islands.

The young man seems to try walking along the pier himself before falling over and being helped by his friend. He also completely embarrassed himself to all the cruise ships docked in port that day. The passenger ended up being helped by several people including the Norwegian Jewel crew members. He was then tied to a wheel chair so he couldn’t fall off it. In the video one onlooker mentions he’s “just flopping around like a dead fish” with a huge smile on his face. From the video it seemed there were lots of people watching him make a total fool of himself.

Getting drunk is fine on a cruise but getting as drunk as the passenger in this video can be dangerous once getting back aboard for himself and other passengers. We’re sure the man has watched the video on YouTube with a red face and will never make the same mistake again while cruising!