Saga Cruises has sent Cruise Hive an updated statement which states that the woman who went overboard is 70 years old. The captain of the Saga Sapphire and maritime authorities have decided that the search should be concluded due to the length of time the woman has now been in the ocean.

“During the morning of Sunday 13th December, whilst the Saga Sapphire was crossing the Atlantic, a 70 year-old passenger was reported missing by her travelling companion. Following a comprehensive search of the ship, she could not be found. Working in conjunction with maritime authorities the Saga Sapphire re-traced her path and conducted a search. The captain and maritime authorities have now concluded that given the length of time the lady would have been overboard the search should be concluded.

A female passenger is missing from a Saga cruise ship in the middle of the Atlantic ocean. After a long search on the British ship it’s more than likely the women went overboard. The yet to be name british cruiser was reported missing by her companion on December 13.

The Saga Sapphire is sailing across the Atlantic ocean as part of a 34 Nights Christmas in the Caribbean cruise. The ship is scheduled to call at Barbados on December 18. Saga Cruises did state that the ship turned around and conducted a search for the woman and in contact with maritime authorities.

“Following a comprehensive search of the ship, she could not be found. Working in conjunction with maritime authorities the Saga Sapphire has turned round to conduct a search. Our heartfelt thoughts are with the family and travelling companion at this difficult time. We are providing support for her travelling companion onboard and for relatives in the UK.”

Saga Sapphire first began sailing in 1982 and can currently carry 700 passengers at 37,300 gross tons. The cruise line caters to older cruisers and has already ordered a brand new vessel to be delivered in Summer 2017. 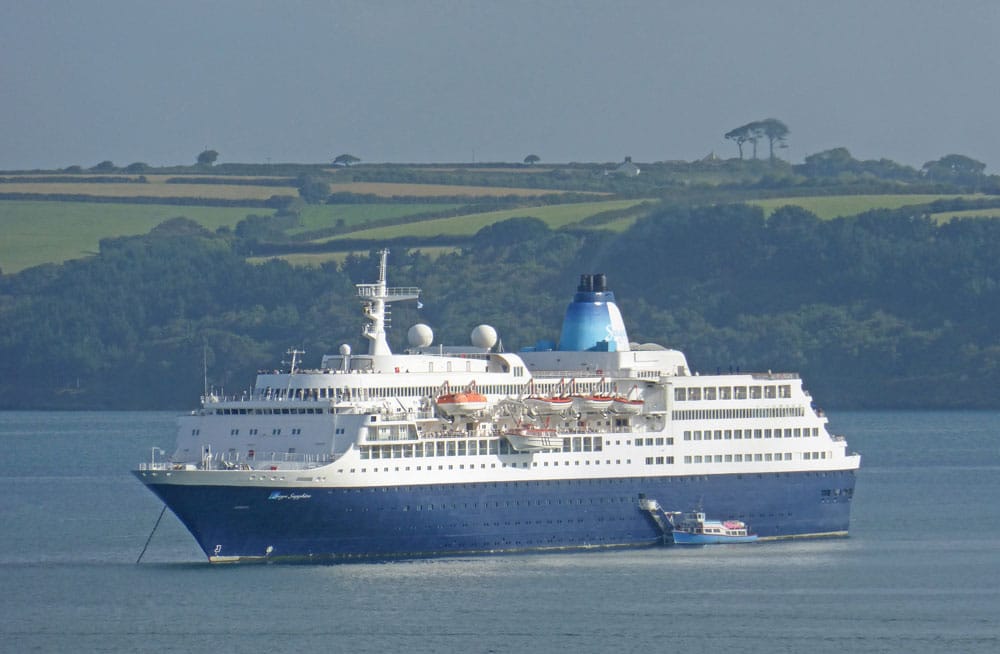