A 39-year-old woman has sadly died after a domestic dispute aboard a Princess cruise ship.

We are sad to report that a 39-year-old female passenger from Utah, United States has died after a domestic dispute aboard Emerald Princess which is operated by Princess Cruises. The tragic incident occurred at around 9 PM on Tuesday and was then reported to the FBI on Wednesday morning.

“Princess Cruises can confirm that a domestic dispute occurred onboard Emerald Princess at approximately 9:00pm on July 25, resulting in the death of a 39-year old female guest from Utah.”

“Since the incident, our fleet security team has been coordinating with the FBI and other local authorities. They will be embarking the ship when it arrives in Juneau this morning.”

“Our thoughts and prayers are with the family and all those impacted by this tragic event.”

The Princess cruise ship had departed Ketchikan, Alaska hours before an apparent dispute between a couple. The FBI is doing an investigation and the cruise line is working with them due to the suspicious death of the female cruise passenger.

Emerald Princess is currently sailing an Alaskan itinerary and is arriving at the next port of call in Juneau this morning local time. The ship departed on its 7-night cruise from Seattle, Washington on July 23 and scheduled to arrive back at its home port on July 30. The vessel is 113,000 gross tons and can carry over 3,000 guests at double occupancy.

Cruise Hive sends prayers to the woman’s friends and family during this very difficult time. 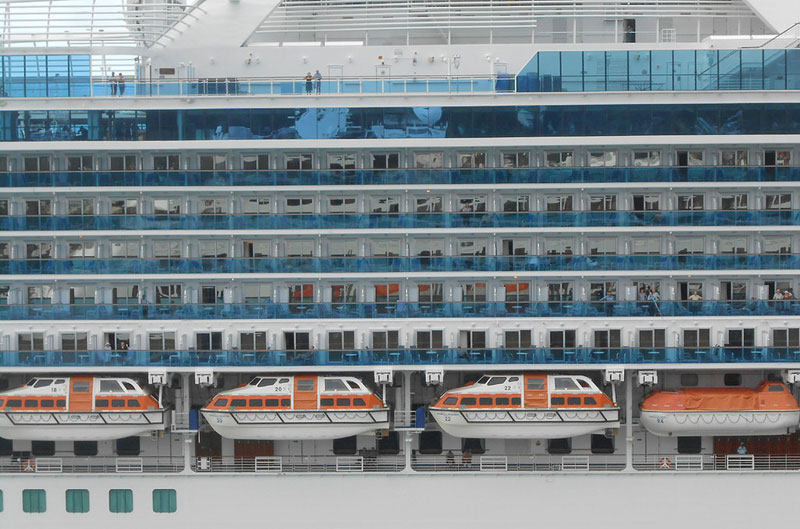