Winning Carnival Ad To Be Aired During Super Bowl

A winning ad will be aired for the very first time during the Super Bowl ad break on Sunday, February 1st 2015.

The Carnival Corporation which is the parent company for many cruise lines around the world has been running a new marketing campaign. People in North America have been given the chance to vote for their favorite ad which can be done on the “Worlds Leading Cruise Lines Challenge” website.

“There is no bigger stage than the Super Bowl for telling our story, and we’re excited about the opportunity to start a new dialogue with consumers about cruising and use their input in helping us pick the creative concepts,” said Arnold Donald, CEO of Carnival Corporation. “With this phase of the marketing initiative, we want to capture what is so special about cruising and sailing in the open sea.”

The ads promote not just one cruise lines but all of them that Carnival owns. it;s the very first marketing campaign of its kind. There are four ads available to choose from which originally started from ideas posted on the challenge site.

Added Donald: “I personally think some of the concepts are better than others, but what really matters is what millions of guests think. Our goal is to convince those who have never cruised to give us a chance to show them why over 10 million people a year sail on one of our nine brands and why so many of our guests cannot wait to sail with us again.”

The four ads will be cut down to two which will go head to head to become the finalist. Voters also get the chance to win a yearly cruise for life!

At the moment the four remaining ad concepts include Message In A Bottle, Mystery Spot, Cruise Virgin and Getaway. All four ads are being produced under the artful direction of BBDO Atlanta and Pfister. 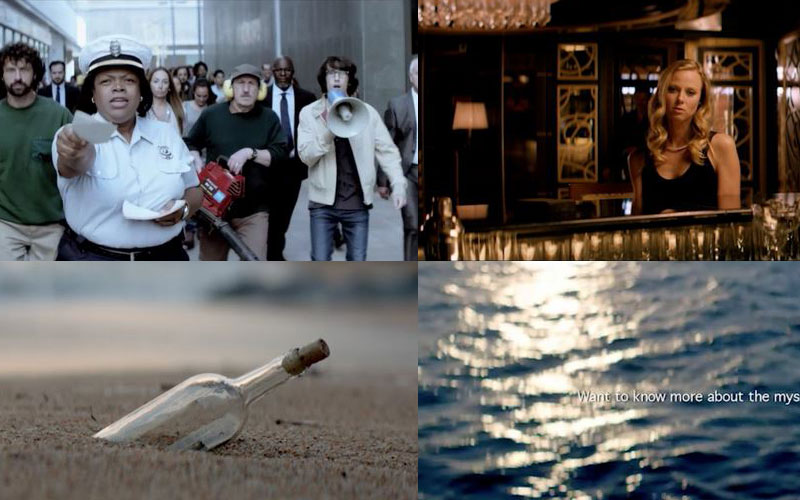