When Will South Florida Cruise Ports Open After Hurricane Irma?

Now that Hurricane Irma has passed South Florida many cruisers will be wondering when the cruise ports will be opening back up for ships.

Hurricane Irma has now passed South Florida and the residents and cruisers in Florida can begin to get back on track. Even though Irmas’s impact will last a while not just for Florida but the cruise industry and the Eastern Caribbean islands cruise ships are making a return.

Here are the details for each major south Florida cruise port directly from the cruise lines and the port. Some blogs have been reporting that ports were opening this morning but this is not the case for all of them.

The most popular cruise port in the world and the home of South Florida cruising is not yet fully open but this could change at any moment. The port is open but cruise ships can not yet arrive. Several cruise ships are currently just off the coast waiting to arrive in Miami including Carnival Glory, Carnival Vista and Carnival Victory. Carnival Sensation is expected to dock tomorrow.

The U.S. Coast Guard has given approval for the port to reopen today, September 12. Northport and Midport areas are open to daylight traffic. Four cruise ships are arriving on Tuesday including Carnival Conquest, Carnival Splendor, Harmony of the Seas, Carnival Splendor and other non-passenger ships.

The Coast Guard Captain of the Port (COTP)  for Tampa has determined the maritime transportation system for the Port of Tampa is safe for marine traffic and reopened the port with restrictions at 2 p.m. Tuesday. All scheduled cruise ships are now able to dock in Tampa.

Port Canaveral previously had limited operations capability due to lack of water and limited electric power. However, this update to the Port’s Condition Zulu confirms the Port’s ability to regain full operational capability over the next few days.

Cruisers need to check with the cruise lines for specific ship arrival and departure times. The situation is ongoing with new updates coming out throughout the day.

We will update this page once more is known. 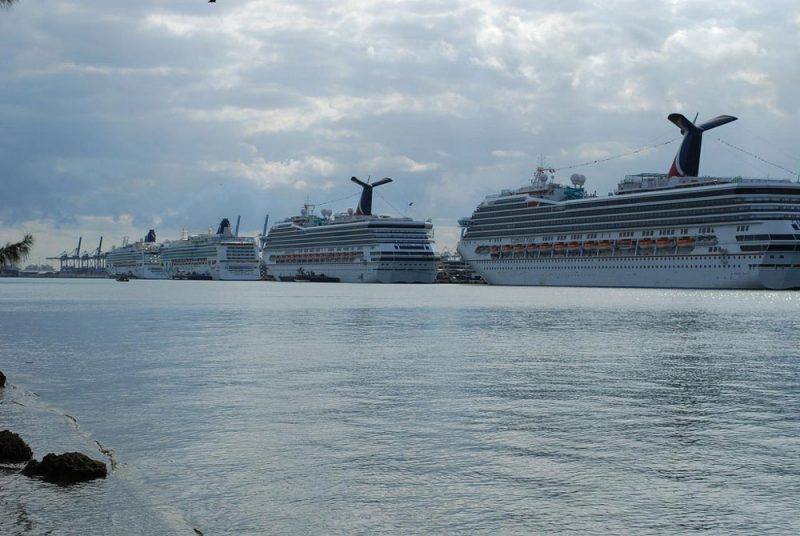