Why Carnival Chose Florida Homeports to Resume Cruises From

Following the CDC announcement of the No Sail Order extended until October 31st, Carnival Cruise Line announced that resumption of cruises would be from Homeports Port Miami and Port Canaveral in November and December.

It could come to mind that sailing a few ships to Europe, or having ships based in Bridgetown, Barbados, for an earlier start would make sense. Why is Carnival waiting for Florida?

Well, it turns out there are several important factors involved in this.

One of the reasons that Carnival Cruise Line is so successful is its vast loyal following. A large part of its regular guests is from the United States. It would not be acceptable for a company that brands itself as “America’s Cruise Line” to operate from other countries as soon as the chance is there to make a quick few bucks.

Carnival Cruise Line is entangled with Florida in more ways than one. Airlines, hotels, transportation, Carnival has all of it arranged in Florida. They work with companies they have worked with for years and years. It would be relatively easy for Carnival to set up Corona proof standards with the companies they use regularly.

Suppliers in Florida are all contracted to work with the cruise line. Set contracts make for cheaper produce, cheaper beverages, cheaper fuel in some cases, and even cheaper accommodation and transportation to hotels for crew members.

To set up a different network elsewhere in the U.S. or abroad would be extremely expensive and cost a considerable amount of time.

The Possibility of U.S. Financial Aid is Still Open

There is still the possibility that the major cruise lines will request financial benefits. They, Carnival Plc. and Royal Caribbean, have done this in the U.K.; it stands to reason that at some point, the same will happen in the U.S.

President Trump has been an advocate for the industry for many years and has expressed before that financial aid is not outside the possibilities. Depending of course on how long the No Sail Order continues. It would not be unthinkable that the United States would demand operations are based from U.S. ports if that financial aid is requested.

Should Carnival decide to operate outside the U.S., it can be pretty much guaranteed this financial aid will not come.

Travel for U.S. Citizens is Hard Outside the U.S., if Not Impossible

Probably the biggest reason for Carnival to stage its resumption of operations is that travel on a U.S. passport is virtually impossible right now.

The countries where U.S. citizens are allowed to travel freely are Albania, Belarus, Brazil, Dominican Republic, Mexico, North Macedonia, Serbia, Turkey and Zambia. With the exemption of the Dominican Republic, Turkey, and Mexico, these are not places well known as cruise destinations.

A place like Barbados, which is opening up for cruising again soon, requires a negative Covid-19 PCR test result within 72 hours, hotel quarantine, and daily check for symptoms during the stay. Not many people will want to do a hotel quarantine to go on a cruise.

So it turns out that Carnival is doing the only logical thing it could do. Stick to Florida. With the infrastructure in place, the local know-how in full operation, and the thousands of Floridians waiting to go back to work, the only place Carnival could operate is in its homeports of Miami and Port Canaveral. 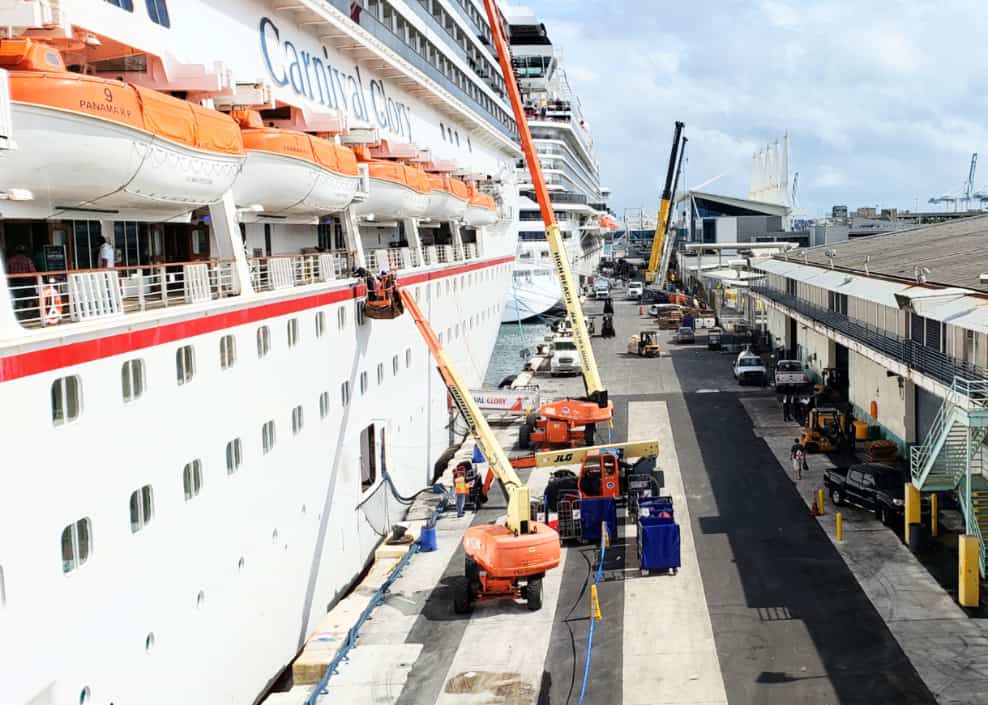