Which Carnival Cruise Ships are Scheduled to Sail in 2020?

With the extension of the No Sail Order by the CDC, taking a cruise in October has become a lot harder and almost impossible from the U.S.

So are you looking to have a cruise in 2020 and wondering what’s available?

Carnival has announced that all voyages are canceled from U.S. ports for the time being. There are still sailings available as Carnival will keep ships operating from Miami and Port Canaveral for a phased re-introduction of cruising. In the official statement, Carnival said:

Sailings between November 1 and December 31, 2020, from Miami and Port Canaveral have not been canceled. However, guests booked on these sailings may elect to cancel their booking any time before departure.

The first voyage is scheduled for November 2 on Carnival Liberty, while most other voyages are scheduled to depart from the end of December onwards.

The following Carnival ships are scheduled to be cruising from Miami and Port Canaveral in 2020. Do note, that cruises could change due to the developing situation on getting cruises resumed safely.

Carnival Breeze will be sailing from Port Canaveral on December 19 and December 27 on two Eastern Caribbean cruises.

The first cruise will be an 8-day Holiday voyage. Embarkation will be in Port Canaveral, followed by two days at sea, a day each in St. Maarten, St. Kitts, San Juan, and Grand Turk, and one more day at sea. So if you want to spend Christmas Day in Grand Turk, this is the trip for you!

The second voyage, a 6-day voyage which will include New Year’s Eve while sailing away from Grand Turk, will take you to Nassau, Amber Cove in the Dominican Republic, and Grand Turk. You will also have three days at sea to enjoy the ship!

Carnival Conquest will be sailing from Port Miami on 3-day voyages starting December 18.

These voyages will include a day at sea and a day to relax in Nassau. A perfect fun getaway from the hustle and bustle back home.

Carnival Horizon will be sailing from December 20, also from Port Miami. The vessel will be doing a 6-day Western Cruise that includes a day at sea to enjoy Christmas day and Ocho Rios, Grand Cayman, and Cozumel.

On December 26 Carnival Horizon will depart for an 8-day Southern Caribbean cruise with two days at sea, followed by Aruba, Bonaire, La Romana, and Amber Cove in the Dominican Republic and another fun day at sea.

Carnival Liberty will be sailing on trips from Port Canaveral starting December 18, however, Carnival has also advertised one trip leaving November 2.

Carnival Liberty trips will include three- and four-day trips to the Bahama’s with stopovers in Freeport (4-day trips only) and Nassau.

Carnival Sunrise will be doing trips from Port Miami starting December 19. The first cruise on December 19 will be a 5-day Eastern Caribbean trip to Amber Cove and Grand Turk with sea days on either end.

In December, other voyages will be two 4-day voyages to the Western Caribbean with stops in Key West and Cozumel followed by a day at sea.

The Carnival Elation will be the lonely Fantasy-class cruise ship that will resume cruises from November 8, 2020. The ship is offering a range of itineraries including sailings to the Bahamas and the Caribbean out of Port Canaveral, Florida.

Getaway for the Holiday Season

Whether you want to get away for a few days or looking for an extended Caribbean Cruise during the Holiday period, it looks like Carnival has got you covered.

Do keep in mind that these voyages are scheduled to depart; however, this could change quickly. As Carnival has announced already, all cruises in November and December are up for evaluation. 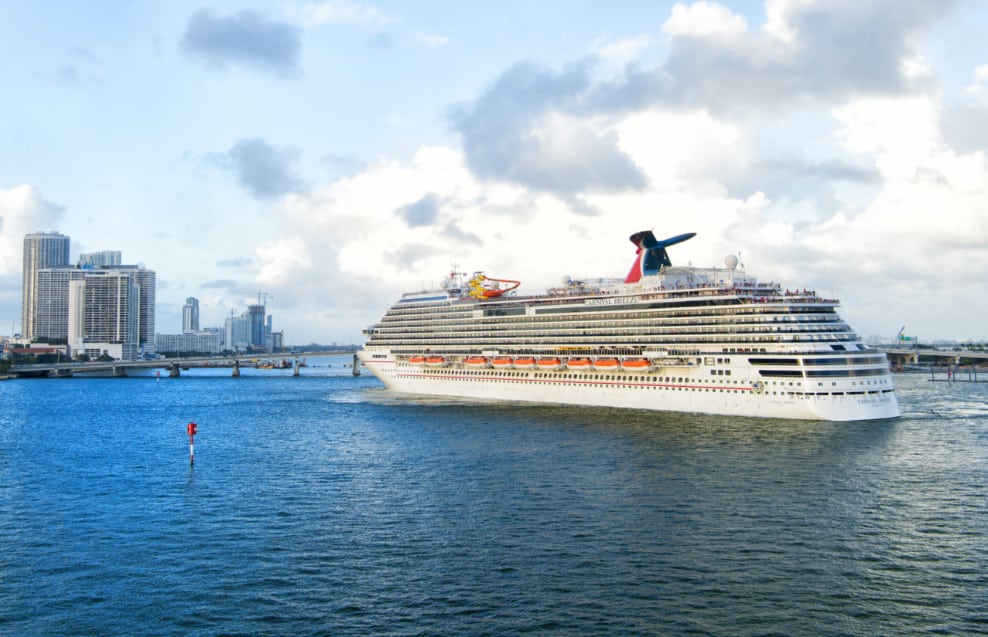